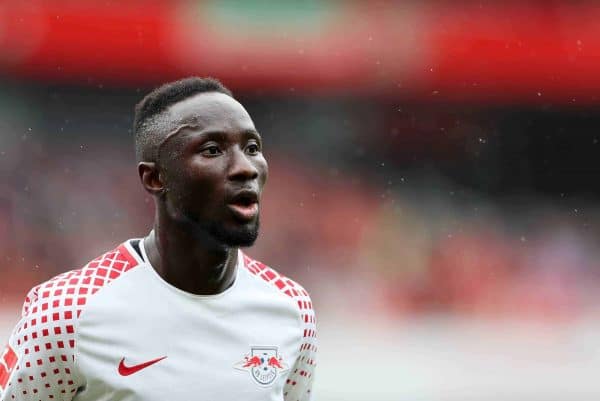 Liverpool are unlikely to be able to convince RB Leipzig to part ways with Naby Keita early, despite their disappointing start to the campaign.

It had been suggested that an early exit from the Champions League, having taken just one point from their first two games, could see Leipzig cut their losses in January.

The Reds have already agreed a £55 million deal for the 22-year-old to move to Anfield next summer, paying a £7 million premium on his upcoming release clause.

And given the agreement already in place, negotiating an earlier move may have been more straightforward, if Leipzig were willing.

But according to the Liverpool Echo, “the chances of success are considered somewhat remote.”

There is, naturally, no clause in the current deal that would allow Keita to depart the Red Bull Arena if Leipzig failed to progress beyond the group stage of the Champions League.

Furthermore, given the player’s importance to Ralph Hasenhuttl’s side, “Anfield insiders believe Leipzig will want to keep Keita as they seek to consolidate their rapid rise.”

They will be pushing for another strong Bundesliga finish—having come second only to Bayern Munich last term, with Keita’s performances key to their chances.

This will be a disappointment for Liverpool supporters, with the arrival of Keita on Merseyside hotly anticipated.

The Guinean scored eight and assisted eight in 32 games in all competitions last season, shining in his first campaign in the German top flight, having joined from Red Bull Salzburg in 2016.

This term, despite criticism from both Hasenhuttl and the German press—with Kicker describing him as “overrated”—Keita has still hit two goals and laid on another in six outings.

He was sent off for a high challenge in Leipzig’s 2-2 draw at home to Borussia Monchengladbach earlier in September, however.

Suspended for three games, Keita has already missed a 1-0 loss to Augsburg and a 2-1 victory over Eintracht Frankfurt, and will sit out Sunday’s trip to take on FC Koln.

The likes of Jordan Henderson, Emre Can, Georginio Wijnaldum and Adam Lallana, when fit, will likely rotate alongside the Brazilian, while Ben Woodburn, Ovie Ejaria and Marko Grujic are also options.