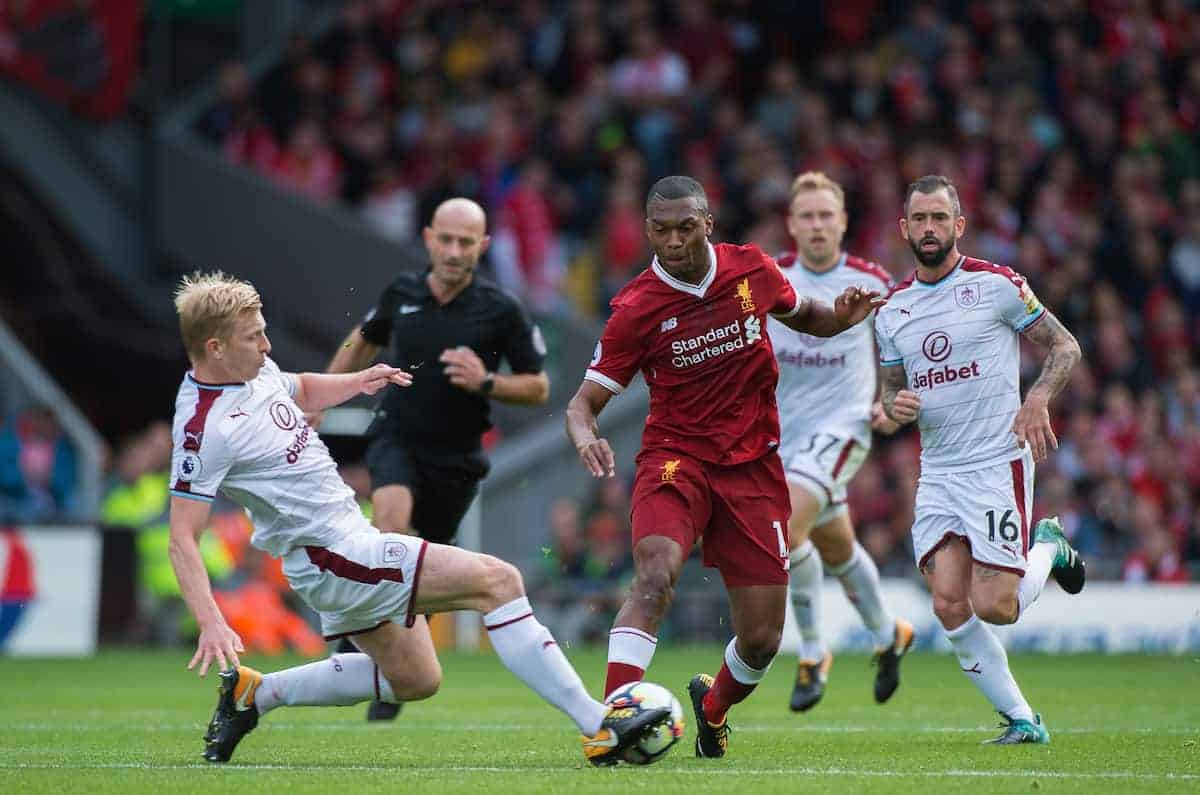 Liverpool suffered a familiar disappointment as they were held to a 1-1 draw at home to Burnley in the Premier League on Saturday afternoon.

After a gruelling seven days that saw his side lose 5-0 away to Man City and draw 2-2 at home to Sevilla, Jurgen Klopp made seven changes to his starting lineup at Anfield.

Unfortunately, no matter the personnel, the Reds will seemingly always struggle at the back, and Scott Arfield broke the deadlock on 27 minutes after a mixup between Joel Matip and Ragnar Klavan.

Mohamed Salah levelled the scores shortly after, but Liverpool were unable to find a winner despite dominating throughout, including 71 percent of possession.

Here’s how supporters reacted to Liverpool’s 1-1 draw at home to Burnley on social media and our forums.

It was same old Liverpool as Arfield opened the scoring…

Three of the back four at fault there. Why are Matip and Klavan both going towards the same ball?

Matip and Klavan may as well pull up a chair and sit next to me, they would be as effective as they were defending that goal.

Nothing changed. We have to score at least 3 anyway

But Salah struck back within four minutes…

Fantastic goal by Salah. That last 5 minutes has just summed Liverpool up to a tee… #LFC #LIVBUR

“Salah is going to be as important a signing as Mane. Get in son!”

That is a wonderful goal by Mo Salah. When it's not 1v1, his pace and close control gives him a huge advantage over his defender(s). #LFC

“Let’s hope we can out score them…our only chance.”

That sinking feeling was quickly replaced by exhilaration…. and relief. Let's go, Reds!

The Reds gained dominance, but frustrated some…

24 shots.
13 shots from outside the box.
Only one from inside 6yrds

“Shooting for the moon.”

Stop shooting outside the box!!

Liverpool struggling to find the correct final ball in the last 3rd.. it's all a little rushed and below par. Frustrating afternoon #LIVBUR

Solanke came so close to a winner late on…

“One of those days…”

– Alex on the forums.

Solanke needs to get more game time. Simple as that.

Solanke has done more in 5 minutes than Sturridge and Firmino all game.

And the final whistle brought a familiar misery…

Another season, another year in my life, and I see other clubs romping on to win the title and we struggle to get 4th.

“We didn’t deserve anything more based on that second half. Shite.”

A day that shows why Liverpool aren't title challengers. Just got to win those games.

Feel like I've watched that exact game 1000 times before. Infuriating in the extreme.

“Who’s bored of the same old Liverpool and the inability to fix problems. I said before the start of the season that Liverpool will not move forward this year.”

Who'd have thought it? Liverpool defensive errors cost them a goal and then they can't break down a team who sit deep… #LIVBUR 1:1

Burnley with five shots, four on target, one goal.

“We just seem to take the wrong option every time, or the ball is overhit, or we fluff our pass, or we shoot from distance…Groundhog day sadly and Klopp should bear the brunt of the criticism.”

Compared to other games like this where we've dropped pts before we showed more guile & combo play, but with our defence 1 goal isn't enough

Thank you lfc, for ruining another weekend. pic.twitter.com/MYKy0fGwdY