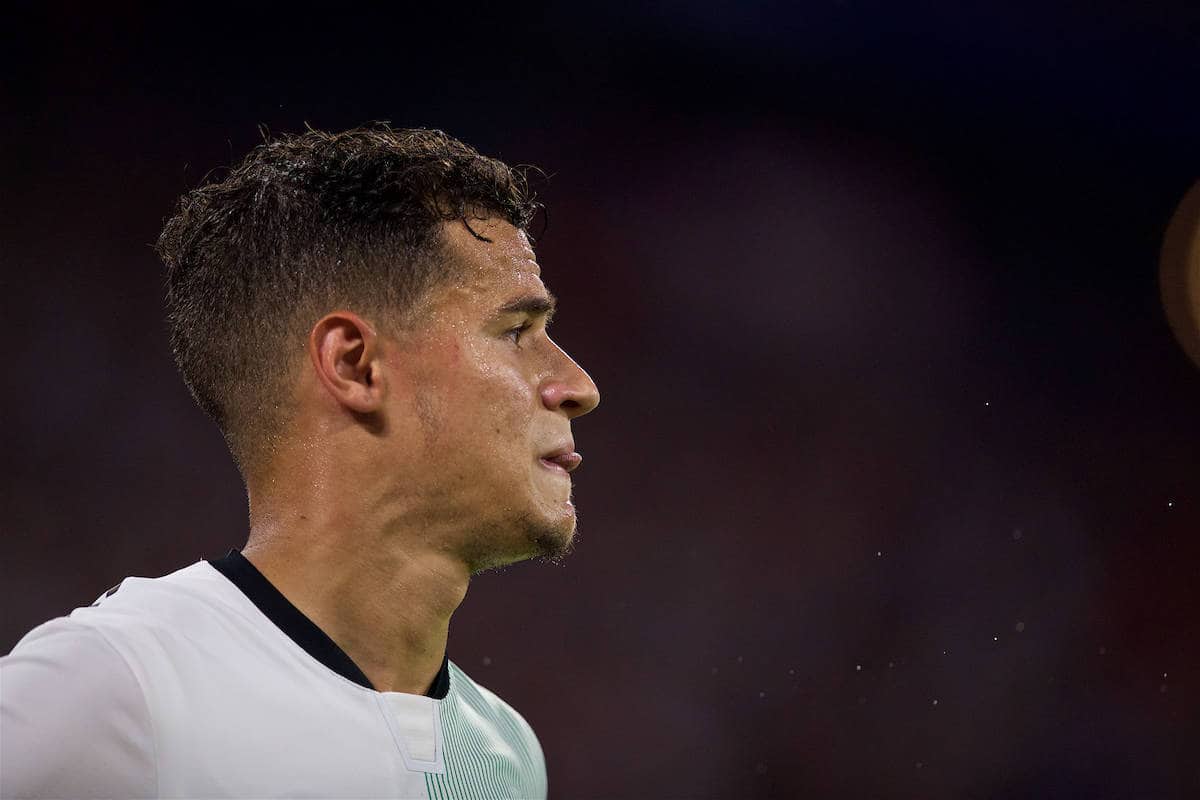 Unsurprisingly, Philippe Coutinho has been named in Liverpool’s squad for this season’s Champions League.

It had been claimed last month that the wantaway No.10 would ask not to be included in the Reds’ European squad, a claim that his representatives used in their bizarre attempts to force through a move to Barcelona.

The most significant part of Coutinho being named in the squad is that, assuming he should appear for Liverpool in the group stages, he cannot play for another club in this season’s Champions League.

Coutinho plays for Brazil on Tuesday evening (UK), and is expected back on Merseyside on Wednesday. He should then train with the squad on Thursday and Friday.

With the trip to Man City on Saturday lunchtime, it remains to be seen whether Jurgen Klopp will include him in the squad.

Liverpool begin their Champions League campaign at home to Sevilla next Wednesday evening.

* Update: Clyne has bizarrely been left out.