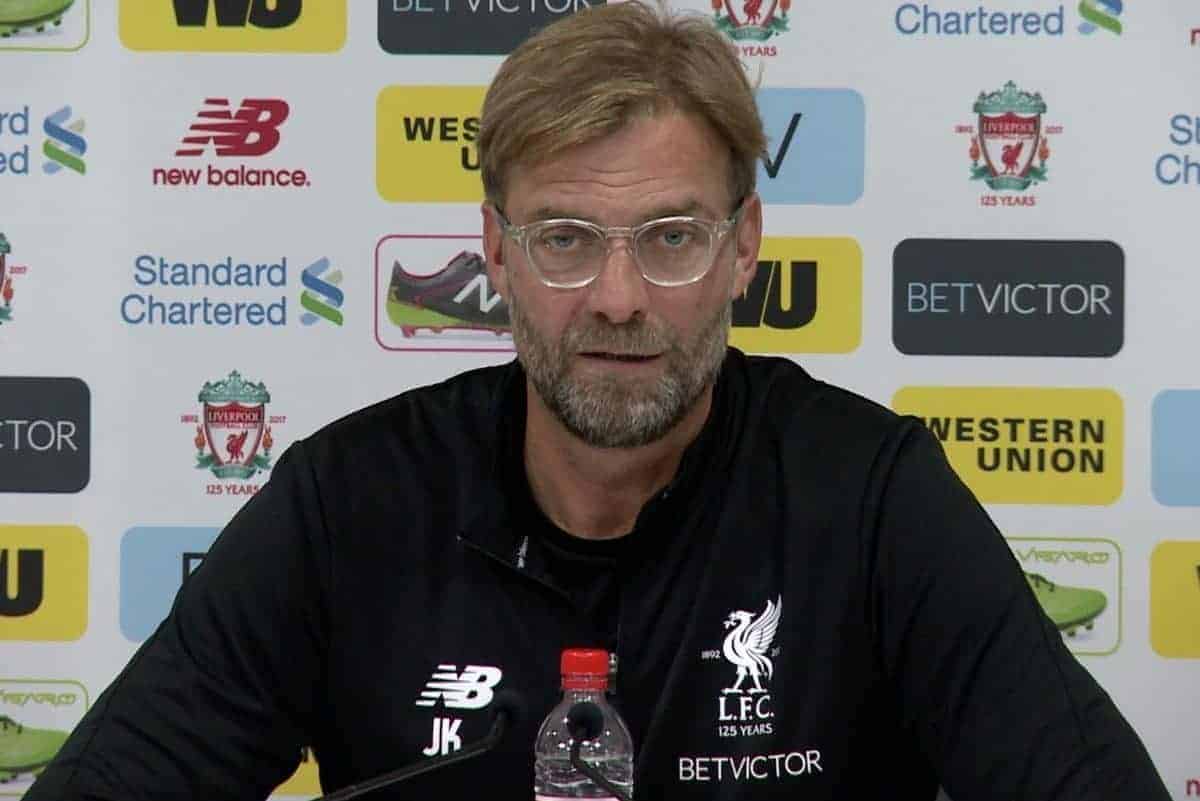 Jurgen Klopp gave a mixed review of his side’s performance, after Liverpool played out a frustrating 1-1 draw at home to Burnley on Saturday.

A mixup between centre-backs Joel Matip and Ragnar Klavan gifted the away side the opener through Scott Arfield, undermining a strong start from the Reds at Anfield.

Mohamed Salah restored parity shortly after, before Burnley battened down the hatches to hold on for a point, despite Liverpool firing 35 shots at Nick Pope’s goal.

Such was his players’ dominance that, speaking after the game, Klopp struggled to comprehend the result.

“It was the best game against Burnley since I am here, not result-wise, but performance-wise for sure,” he told reporters, “[but] it doesn’t feel good.”

Given the nature of Arfield’s strike, Klopp admitted that the Reds “could have defended much better.”

“It was just a long ball, we could have won the first header challenge and the block on Joel, difficult,” he explained.

“The defender cannot do exactly the same because it is a foul and I don’t know if it was in the box.

“Raggy was there and the ball bounced in the wrong direction and Robbo he knows he could see Arfield quicker.

“[Burnley] are better in these situations, they are more used to it. A good goal for them. We could have defended much better.”

Klopp is now left to lift Liverpool’s spirits with another game to come in just three days, as they travel to the King Power Stadium for their first of two consecutive clashes with Leicester City.

But after losing 5-0 away to Man City, drawing 2-2 at home to Sevilla and then 1-1 to Burnley, it could prove to be difficult.