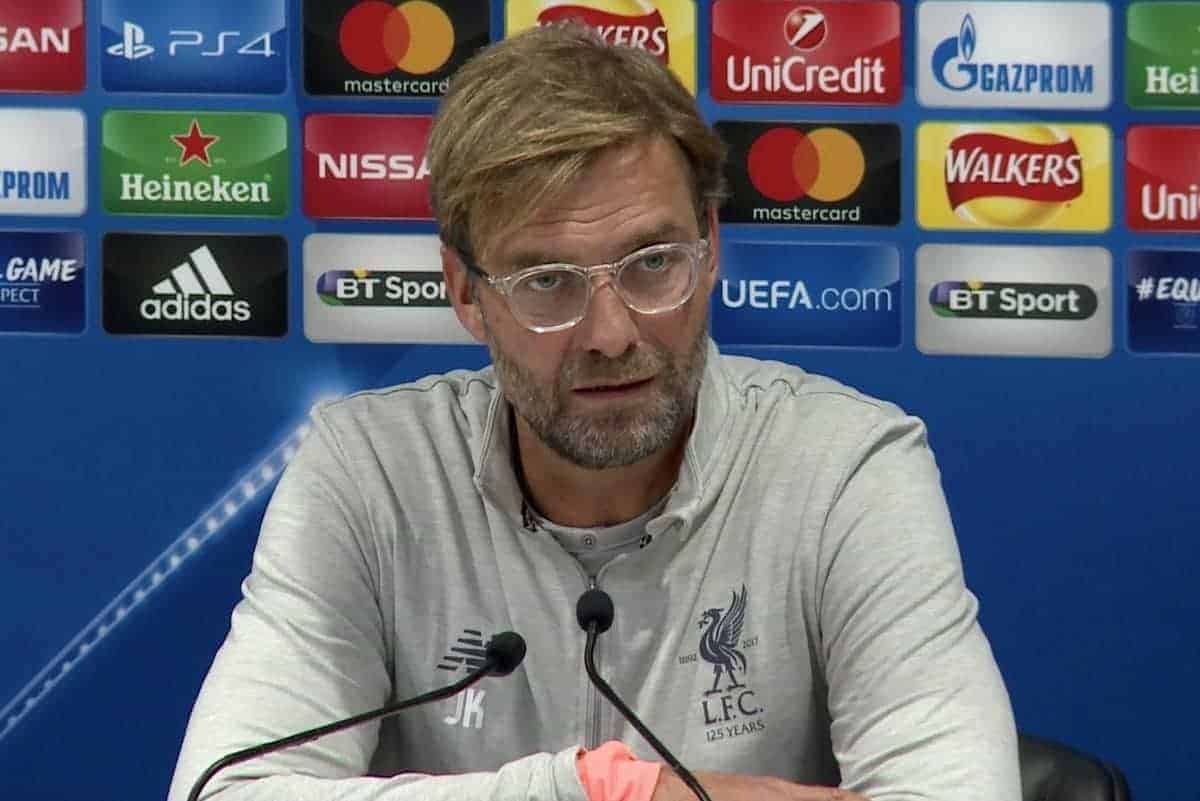 Jurgen Klopp was largely optimistic about his side’s Champions League hopes despite Liverpool being held to a 2-2 draw by Sevilla on Wednesday.

Goals from Roberto Firmino and Mohamed Salah were cancelled out by Wissam Ben Yedder and Joaquin Correa on the Reds’ return to Europe’s elite.

Firmino had another opportunity to find the back of the net from the penalty spot, but hit the post with his effort, while Joe Gomez was sent off late on at Anfield.

With Maribor fighting back for a 1-1 draw at home to Spartak Moscow elsewhere in Group E, the frustration of Liverpool’s result against Eduardo Barizzo’s side was softened somewhat.

And Klopp, speaking to reporters after the game, insisted he was “happy about a big part of the game.”

“Frustrated? I’m not sure about this word but I’m not happy of course about this, but I am happy about a big part of the game.

“We tried to ignore the result of last weekend, but as we all know, we are human beings and that takes away confidence.

“And I saw we were really spot on from the first second, we played a good game.”

Klopp also discussed the Reds’ poor finishing, stressing it was not a major problem but conceding that “we will work on this like we work on other parts of our game.”

He went on to praise the performance of second-half substitute Philippe Coutinho, who made his first appearance of the season, replacing Emre Can.

The German said his No. 10 was “without rhythm,” but added: “It helped him he could play tonight and it helped us in the long term, for sure, so all OK.”

Klopp will now be looking for Liverpool to respond with a dominant performance in Saturday’s Premier League clash with Burnley, as they hope to avoid a run of troubling form.