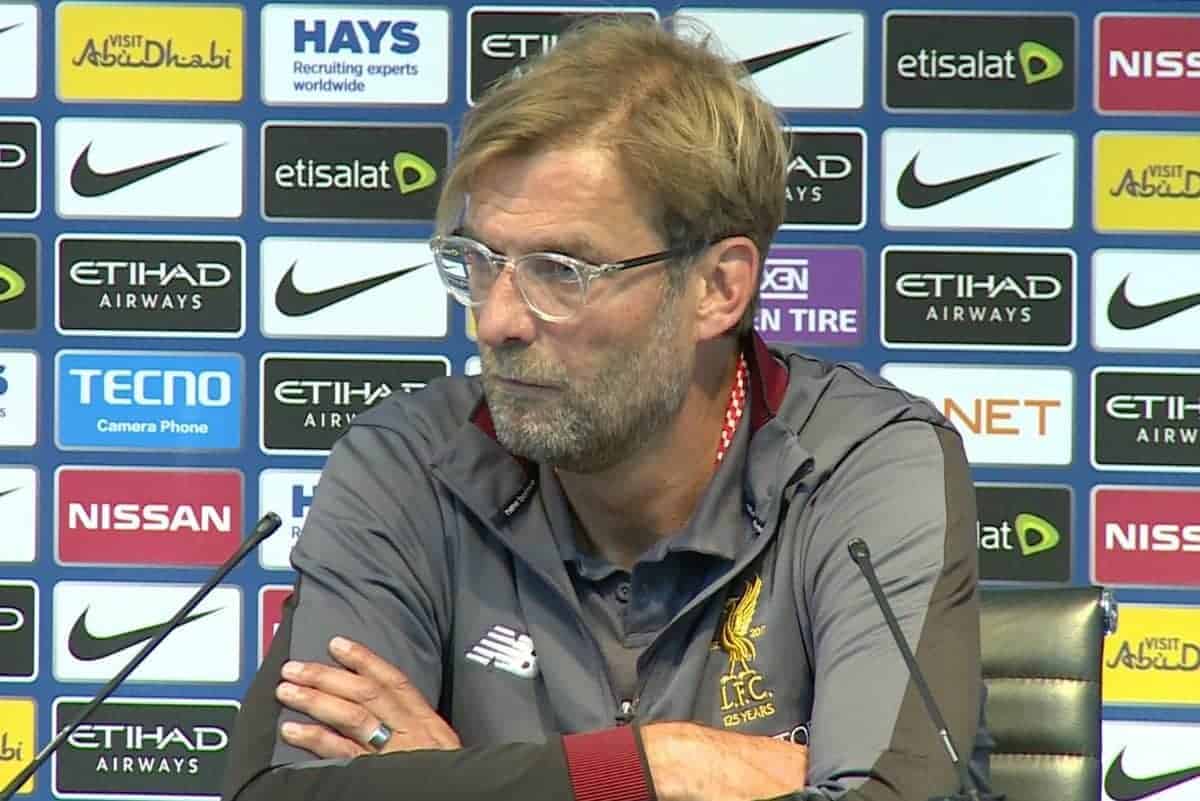 Jurgen Klopp was left frustrated as his side fell to a 5-0 defeat away to Man City on Saturday, with Sadio Mane given a controversial red card.

A goal from Sergio Aguero and braces from Gabriel Jesus and Leroy Sane consigned the Reds to their heaviest defeat since Klopp’s arrival in 2015.

And with Mane dismissed for a high challenge on City goalkeeper Ederson in the first half, the German was left to pick up the pieces at the Etihad Stadium.

Speaking to reporters after the game, Klopp described Mane’s red card as “very unlucky,” and said that the winger was “very, very, very upset.”

The 50-year-old said he “expected” his side’s early dominance, but was disappointed at the way in which they capitulated without Mane.

“With one man down it was a difficult situation at half-time because I was so positive about the opportunity we should still have,” he said.

“Yes, with one man down against City, it is really not the best place to be, but we do it a lot in training—we defend with only seven players against 14.”

Klopp also revealed that Mohamed Salah‘s withdrawal at the break was a tactical decision, likely with Wednesday night’s Champions League clash with Sevilla in mind.

And he confirmed that Philippe Coutinho could come back into contention against the Spanish side, having missed the trip to Manchester as he works his way back to full fitness.

The Reds will need the likes of Mane, Salah and Coutinho at top form in midweek, as they look to put this gruelling defeat behind them.