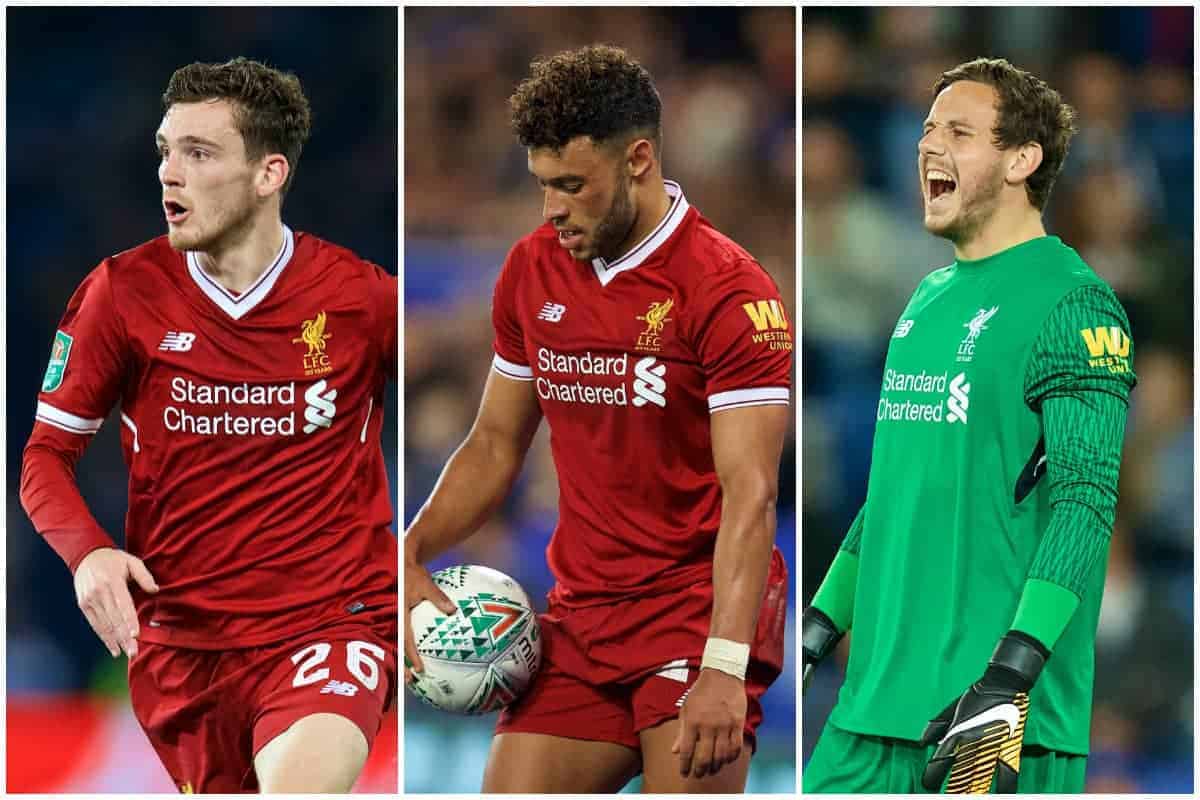 Liverpool endured another bad night at the office on Tuesday, as the Reds lost 2-0 at Leicester City to bow out of the League Cup third round.

Goals from Shinji Okazaki and Islam Slimani were enough to earn Craig Shakespeare’s side a place in the fourth round, as Liverpool’s dominance once again failed to pay off.

They missed a number of excellent chances to take the lead before Leicester’s opener, and inevitably, poor defending cost them.

It was a night when the negatives outweighed the positives, but there were at least some crumbs of comfort Jurgen Klopp could take.

Here are three good and three bad aspects from the game. Klopp named Danny Ward in his starting lineup, with the Welshman given an opportunity to shine ahead of Simon Mignolet and Loris Karius.

The 24-year-old was a composed figure whenever he was called in action, which was an undoubted positive to take from the match.

His handling was immaculate, with one tricky catch taken expertly, and there was a confidence about him that looked more convincing than his more experienced goalkeeping superiors.

It is unlikely that Ward will be restored for Saturday’s return to the King Power, but he did his chances no harm whatsoever. He could do nothing about either goal.

BAD: Henderson Off the Pace Again

It hasn’t been an impressive start to the season from Jordan Henderson, with the captain’s all-round game far from its sharpest.

This was a night when the 27-year-old should have been a notable influence, but instead, the game passed him by in frustrating fashion.

Too often, his use of the ball was too safe, and even his much-lauded energy was generally lacking.

Henderson seemed to shrink when his team-mates most needed him—not exactly the hallmarks of a skipper—and he should be very disappointed with his efforts.

He may struggle to keep this place this weekend, with Emre Can returning to the fold and Gini Wijnaldum and Philippe Coutinho also likely to start.

GOOD: Robertson Shines Down the Left Andrew Robertson was given his third start for Liverpool in place of Alberto Moreno, and with the Spaniard in good form, he knew he had to impress.

Fortunately, he was one of the major plus points against the Foxes, with his first-half performance particularly eye-catching.

The Scotland international was a constant outlet from left-back with his pace and intelligence, and most importantly, his final ball was devastating.

Sadly, his team-mates failed to get on the end of a number of superb crosses, but if he keeps producing such quality, he will register plenty of assists.

In the long run, Robertson looks the best option at left-back, despite Moreno’s improvements of late.

It feels a long time ago now that Jon Flanagan was excelling during the 2013/14 season, and he was bordering on sad to watch at times against Leicester.

The 24-year-old started at right-back as Klopp rotated his squad, but he was nowhere near good enough in all facets of his play.

On the ball, he looked a long way short of top quality, and his pace and attacking thrust was non-existent. He didn’t even attempt to reach one pass from Alex Oxlade-Chamberlain, which summed it up.

Injuries have clearly taken their toll on Flanagan, and if anyone was unsure about whether he was up to Liverpool’s standard before Tuesday, his 90-minute showing proved he isn’t.

With Roberto Firmino and Mohamed Salah given a richly deserved night off, it was up to others to perform in the Reds’ attack.

Dominic Solanke was handed the task of leading the line, and while others around him had very poor evenings, he could come away with his head held high.

Not everything came off for the promising youngster, with some sloppy touches and poor pieces of decision-making hard to ignore, but there was so much good about him.

He combined a strong physical presence with quick feet and clever movement, and he invariably looked the most likely Liverpool player to find the net.

At 20, there is so much more to come from Solanke—he will be a key option at times this season and beyond.

Liverpool supporters were understandably excited about Oxlade-Chamberlain starting his first game for the Reds, as is the case with any new big-money signing.

Despite the odd good touch and impressive show of pace, though, the former Arsenal man was dreadful on the whole.

Everything that has dogged his career to date was on display, from reckless end product to running down blind alleys, and ex-Reds target Ben Chilwell had the better of him all night.

The 24-year-old has been very vocal about playing regularly, and in a more central role, but he will do well to be first choice any time soon.

It will, of course, take Oxlade-Chamberlain time to adjust to life at Anfield, but this was the player who has proved so unpredictable over the years. Must do better.