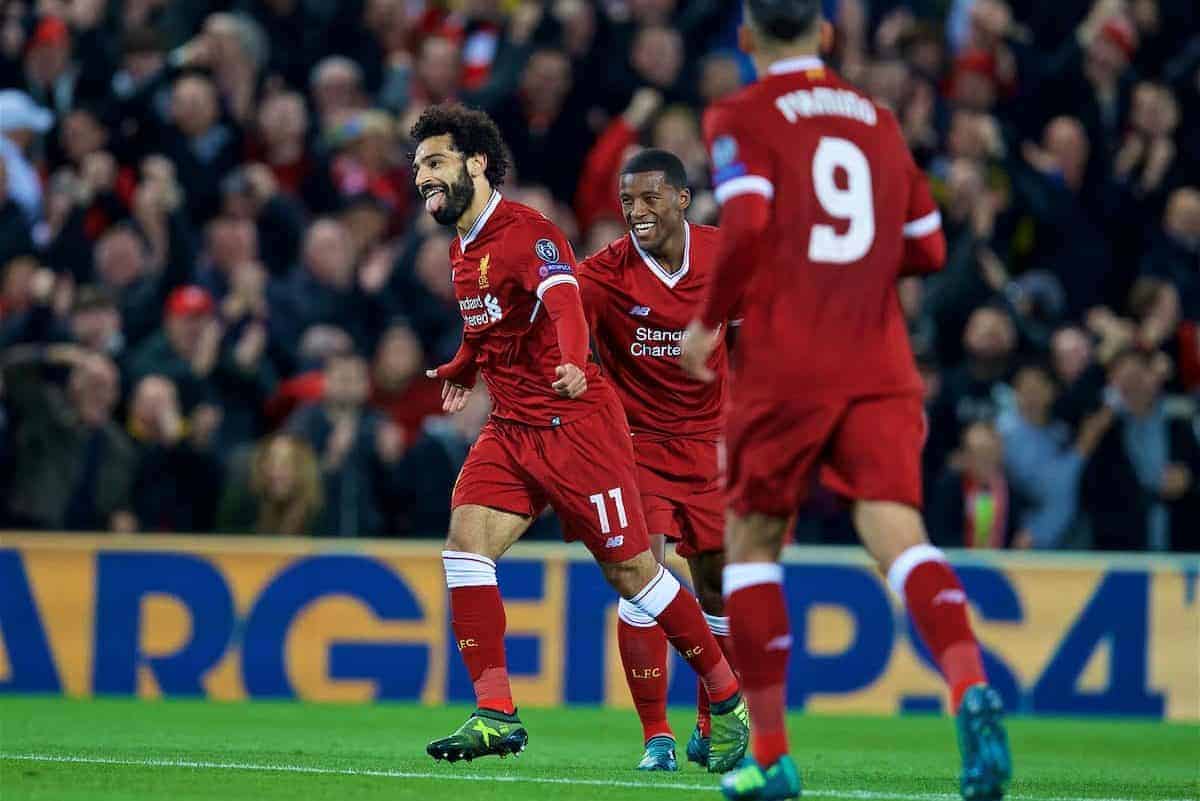 Liverpool drew 2-2 at home to Sevilla in their Champions League group stage opener on Wednesday night, frustratingly held at Anfield.

The Reds got off to a nightmare start in their first game back among Europe’s elite since 2014, with Wassim Ben Yedder touching home from within the six-yard box after a Dejan Lovren error.

But Jurgen Klopp‘s side struck back through first Roberto Firmino, benefiting from a fine cross from Alberto Moreno, and then Mohamed Salah, whose goal came from a wicked deflection.

Firmino could have added another before half-time, with Sadio Mane brought down in the box, but the Brazilian struck the post with his penalty.

Liverpool continued to dominate throughout, but failed to find the cutting edge in the second half, and were punished late on by the Spanish side.

The equaliser came from Joaquin Correa, who fired beyond Loris Karius after an excellent touch and turn in the area.

Klopp will be disappointed with the way in which his side crumbled once again, with this stalemate following up a miserable 5-0 loss away to Man City in the Premier League.

A failure to finish Sevilla off is a major negative, but they will at least be buoyed by a 1-1 draw elsewhere in Group E, between Spartak Moscow and Maribor.

The Reds are next in action in the league on Saturday, welcoming Burnley to Anfield.