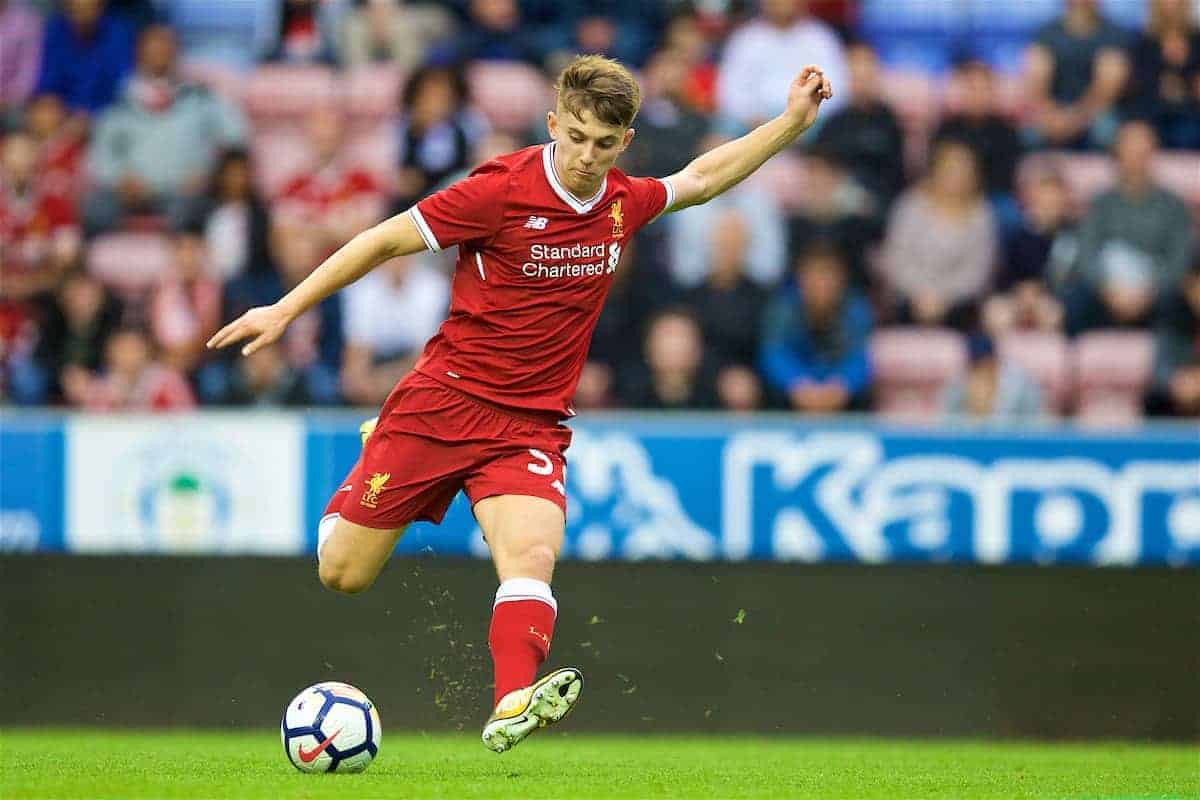 Steven Gerrard is hoping to continue to utilise Ben Woodburn for the Liverpool U19s in the UEFA Youth League, after his star turn against Sevilla.

Woodburn made the surprise step down to Gerrard’s academy ranks from the first team for Wednesday evening’s clash at Prenton Park.

Wearing the captain’s armband, the 17-year-old shone through the young Reds’ 4-0 win, playing a hand in Curtis Jones‘ opener and the fourth of the night, which came through Conor Masterson.

A cut above the rest throughout, Woodburn showcased the talent that has caught the eye of both Jurgen Klopp and Chris Coleman in recent months.

But speaking after the game, Gerrard admitted he is hoping the Wales international would be made available for future UEFA Youth League clashes, having “ticked absolutely every box.”

“I’d love to have Ben Woodburn but he’s part of the first team,” he told the Liverpool Echo.

“But he does need to play football matches and if at the right time he’s available we’ll use him and we’ll enjoy him, because he’s a fantastic footballer.

“I thought he was superb, he came in yesterday for a training session with a smile on his face.

“The players loved having him there and playing alongside him, and I think he enjoyed being back down here playing with some of his friends.” The presence of Gerrard in dugout and on the training field is clearly a key influence on Liverpool’s academy players.

But the inclusion of more established names such as Woodburn can prove beneficial, too, underlining the club’s motivation for combining their Melwood and Kirkby facilities.

And Gerrard attested to the positive effect Woodburn had on his players in the buildup to their European opener.

“Straight away from the first moment in training, he took the quality of the training session up,” he continued.

“I know he’s very confident at the moment and rightly so through what happened at Wales, but it’s a good test for him because you’re thinking ‘what’s Ben Woodburn going to give you?’.

“But he ticked absolutely every box, he was superb.”

Klopp has previously insisted that Woodburn would be fielded in whichever age group was deemed appropriate at the given time, and his appearance in Birkenhead proved that.

The youngster’s exemplary attitude will have vindicated Klopp’s decision, with Woodburn displaying the character, and quality, required to settle in at the top.