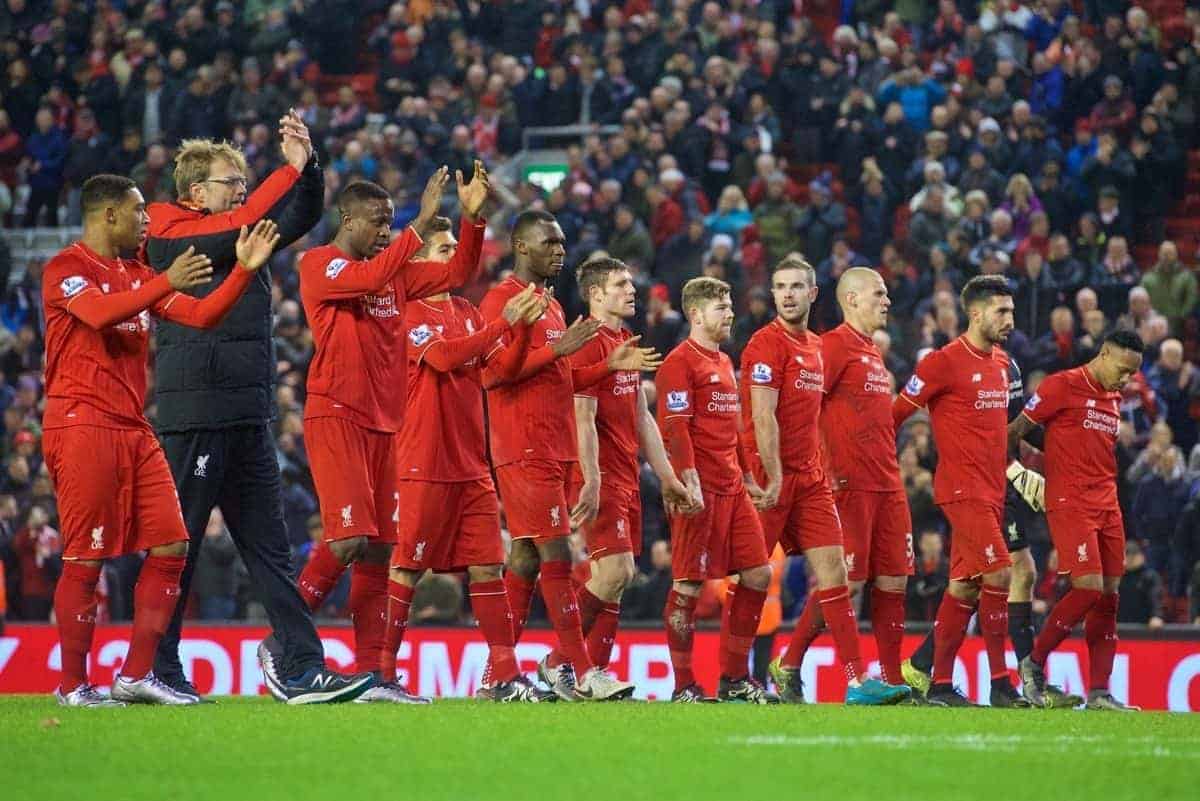 With Jurgen Klopp celebrating two years with Liverpool on October 8, can you name all 53 players to have made an appearance under the German?

It’s been 24 months since the charismatic former Borussia Dortmund manager strolled into the Anfield press room and labelled himself ‘the Normal One’.

Since then, Klopp has overseeing 111 games, resulting in 55 wins, 32 draws and 24 defeats, starting with a hard-fought 1-1 away to Tottenham.

Liverpool have reached finals in the Europa League and the League Cup, as well as returning to the Champions League for the first time since 2014.

Klopp’s impact on Merseyside has been vast, and the 50-year-old has certainly made his mark on a host of players during his two years in the Anfield dugout.

But can you remember all 53 to feature so far? You’ve got 10 minutes…try our quiz here!

(All appearance data courtesy of Transfermarkt.com.)