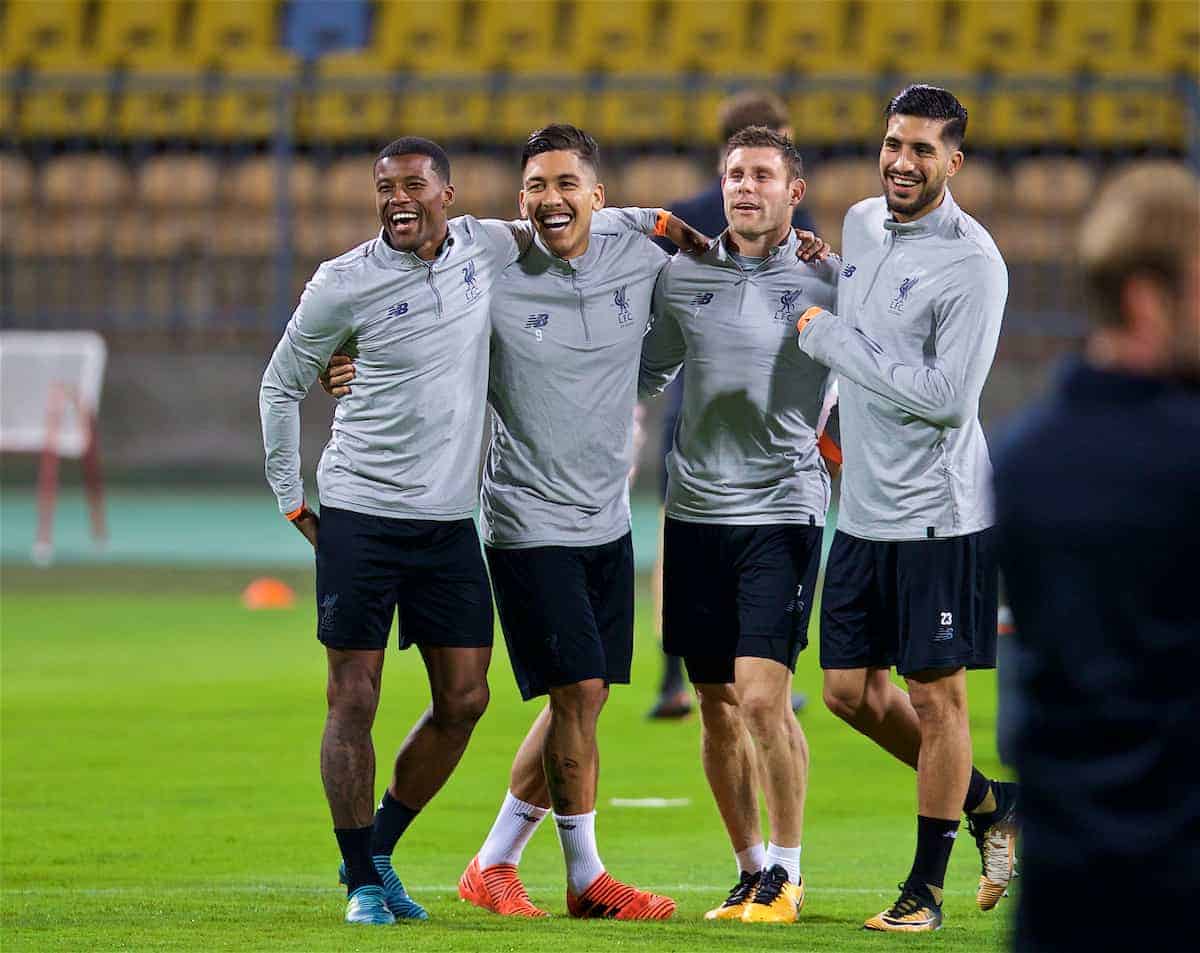 Liverpool and Maribor meet for the first time in history on Tuesday night, in a vital Champions League Group E clash for the Reds.

It’s now just one win in eight attempts for Jurgen Klopp‘s side, although that is perhaps not a fair reflection of the performances on show in recent weeks.

Saturday’s 0-0 draw against Man United saw Jose Mourinho park the bus like only he knows how, and while home dropped points are never ideal, there were positives to take from the match.

Defensively, the hosts were much more switched on than of late, and the general football on show was good against a side with no attacking ambition.

Results have to be better, though, and hopefully that starts on Tuesday evening, with Liverpool still searching for a first Champions League group stage victory since 2014/15.

Two points from their first couple of games is not exactly disastrous, if a little frustrating, but failure to prevail against a limited Maribor outfit would be very disappointing.

Sevilla and Spartak Moscow have both benefited from woeful Reds finishing, and it is arguably a bigger issue than the defence currently.

Klopp’s men should have too much quality for their opponents, though, even if changes are made – they don’t deserve to progress to the knockout stages if they can’t win games of this ilk.

The hope is that Tuesday’s visit to Slovenia kick starts Liverpool’s season, with one big win feeling as though it will give everyone an almighty lift. As mentioned, Klopp may make slight alterations after Saturday’s excursion against United, with Philippe Coutinho, Mohamed Salah and Roberto Firmino all replaced in the second-half after looking jaded.

The manager has suggested that wholesale changes though will not be made, instead we can expect Loris Karius to start plus perhaps one or two others.

Alex Oxlade-Chamberlain made a promising cameo late in the day, and he will hope to earn just his second start for Liverpool.

Trent Alexander-Arnold is likely to come in for Joe Gomez, with Klopp rotating the two youngsters at right-back.

The only notable injury absentees are Sadio Mane, Adam Lallana and Nathaniel Clyne, all of whom will be missing for the foreseeable future. The last time Liverpool faced a Slovenian side, Olimpija Ljubljana in 2003, it was Steven Gerrard’s first game as the Reds’ captain.

Klopp said at his pre-match press conference on Monday that changes were not in his thoughts:

“No chance. Everybody thinks ahead of a game like this, ‘this is the place where you can rotate’. It’s the last place I would do things like this.

“We’ll make one or two changes, we will see, but the first job is not to think the same thing that obviously a lot of you think already: [don’t] underestimate the opponent.

“I heard the stadium is not usually sold out, Champions League nights will be sold out, and will be a great atmosphere.”

The match is part of BT Sport’s Champions League coverage, with BT Sport ESPN showing it from 7pm (BST).

Our matchday live blog will be running from 7pm, too, with Ben Twelves ready to guide you through what we hope is a Liverpool win.