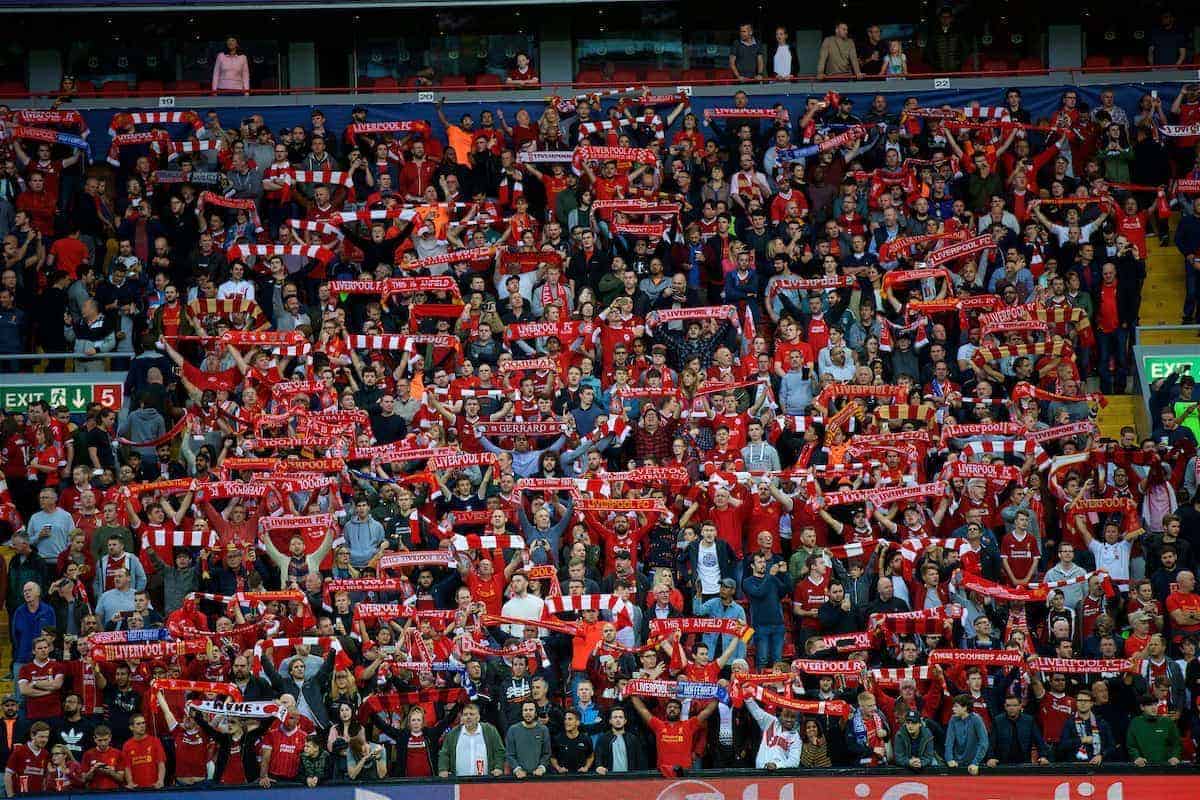 Plug your headphones in and take in the sounds of matchday at Anfield, with Liverpool’s 360 audio experience to mark the club’s 125th anniversary.

With so many supporters around the world, it is difficult for everyone to travel to Merseyside to watch Liverpool live throughout the season.

But joining fellow Reds in the Kop, the Anfield Road end, the Kenny Dalglish Stand or the new Main Stand is an experience that cannot be missed.

In their 125th year in 2017, Liverpool have produced a host of videos to mark “a series of significant numbers in the club’s history.”

At No. 64 comes the celebration of You’ll Never Walk Alone, and with The Anfield Wrap’s Gareth Roberts serving as a virtual tour guide, this video provides a chance to experience it from the Kop.

Recorded live at last season’s 3-0 win at home to Middlesbrough, the audio finds the Anfield faithful in great voice, ahead of an excellent performance from Jurgen Klopp‘s side.

“This is where the most passionate fans come and get behind the team,” Roberts explains.

“It’s often said that we’re worth a goal headstart, people call us the ’12th man’, because we’re so passionate when we get behind the side.”

While recent results have not gone in Liverpool’s way, and morale may be low at Anfield, it is worth acknowledging the importance of support from the stands.

This is something Klopp routinely attests to, as a vocal backing is far more productive than groans at the loss of possession or missed chances.