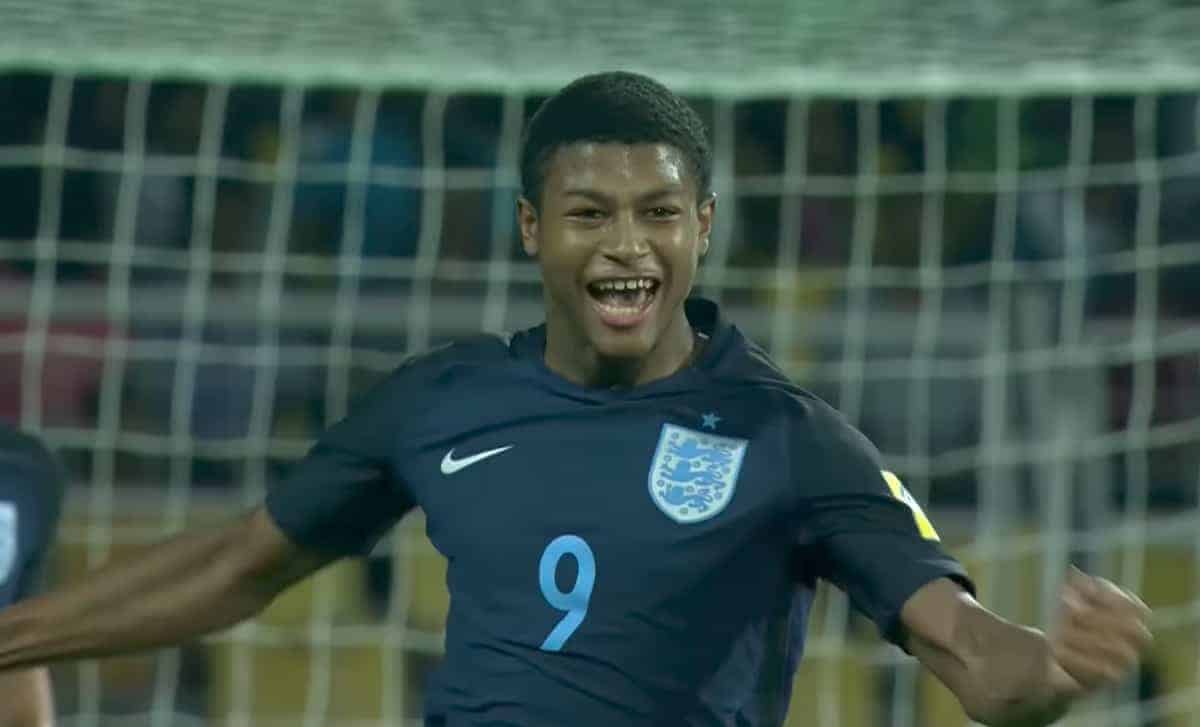 Liverpool’s teenage striker Rhian Brewster hit a hat-trick against Brazil to send England through to the FIFA U17 World Cup final.

Three goals in the semi-final made it back-to-back trebles for the forward, after he also netted three against United States in the quarters. He’s now the top scorer for the competition, two clear of his nearest challenger.

Brewster opened the scoring for England just 10 minutes into the semi-final, latching onto a cross and scoring at the second attempt after his initial first-time effort was saved.

Brazil managed to level matters almost immediately, but it was the 17-year-old who restored England’s lead on 39 minutes, reacting quickest to fire home from close range.

And his third came less than 15 minutes from time as he expertly steered home a bobbling cross after showing great movement to escape his marker in the box.

That strike took Brewster’s tally for the competition to seven, following a goal against Mexico in the group stage and his hat-trick against USA.

England will face Spain in the final, which will be hosted on October 28 at Salt Lake Stadium in Kolkata, India.

Who is Rhian Brewster? Find out more about Liverpool’s young striker here