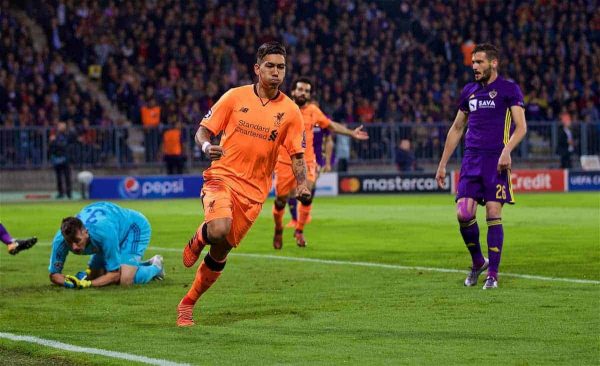 Liverpool host Slovenian side Maribor at Anfield on Wednesday night, in the Reds’ 369th European match.

Liverpool have suffered defeat in just 2 of their last 20 European games, while Jurgen Klopp has lost 2 of his 18 in charge of the Reds in the Champions League/Europa League.

The Reds are unbeaten in the last 11 European group games, winning 3 with 8 draws.

They are looking to progress from their group for the first time in 3 Champions League campaigns. They failed to progress in 2009-10 and again in 2014-15.

Liverpool are unbeaten in the first 3 games of a Champions League group stage for the first time since 2008-09.

In the meeting in Slovenia a fortnight ago Liverpool scored 4 first half goals for the first time since December 2006 in the Premier League at Wigan. They had never previously achieved the feat in Europe.

The 7-0 scoreline was the biggest away win by any English club in the history of the European Cup.

Five of the 6 goals scored by the Reds in Europe at Anfield this season have come within the opening 37 minutes.

The Reds are unbeaten in the last 11 home games in Europe – winning 7 and drawing 4 – since losing 3-0 to Real Madrid in October 2014. That is their only Anfield defeat in the last 16 European fixtures.

Roberto Firmino, with 5, has scored more goals in Europe for the Reds than any other current player.

The Slovenians are unbeaten in their domestic league this season having won 10 and drawn 4 of their 14 games, conceding just 8 goals.

Since their defeat by Liverpool a fortnight ago they have recorded two 1-0 league wins. Jasmin Mesanovic has netted in 3 of his side’s last 4 matches.

They have not scored a goal in the opening 26 minutes in any of the last 12 matches.