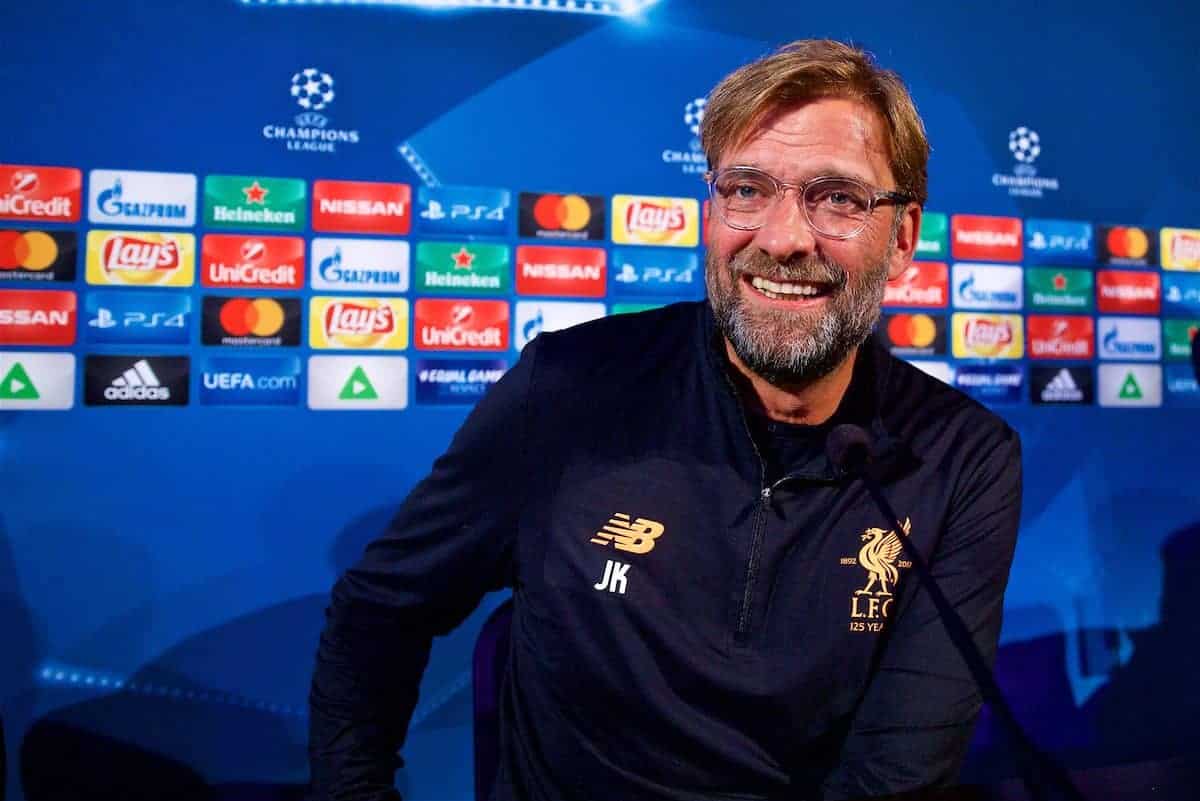 Watch Jurgen Klopp praise his Liverpool side after their record-breaking 7-0 Champions League victory away to Maribor on Tuesday night.

The Reds produced a stunning display in Slovenia to ensure their biggest-ever European win away from home, with five different players on the scoresheet.

Roberto Firmino and Mohamed Salah both netted braces, with Philippe Coutinho, Alex Oxlade-Chamberlain and Trent Alexander-Arnold also finding the back of the net.

The victory puts Liverpool top of Group E, with Sevilla suffering a humiliating 5-1 loss to Spartak Moscow on the same night.

“From the first second it was exactly what we wanted to do,” he enthused.

“We wanted to show the best counter-pressing of the last few weeks.

“I really thought that protecting our offensive movements, patterns and all that stuff were already really good against United but we could have done even better in counter-pressing.

“Tonight we did much better and against a football-playing side like Maribor, it made a lot of sense.”

The German also praised Oxlade-Chamberlain for scoring his first goal since joining from Arsenal in August, saying “it helps a lot.”

And Klopp acknowledged the importance of the result in the club’s folklore, concluding: “It’s nice to write history, and it will probably be difficult to beat that.”

Liverpool headed straight back to Merseyside on Tuesday night, with an away clash with Tottenham lined up for Sunday afternoon.