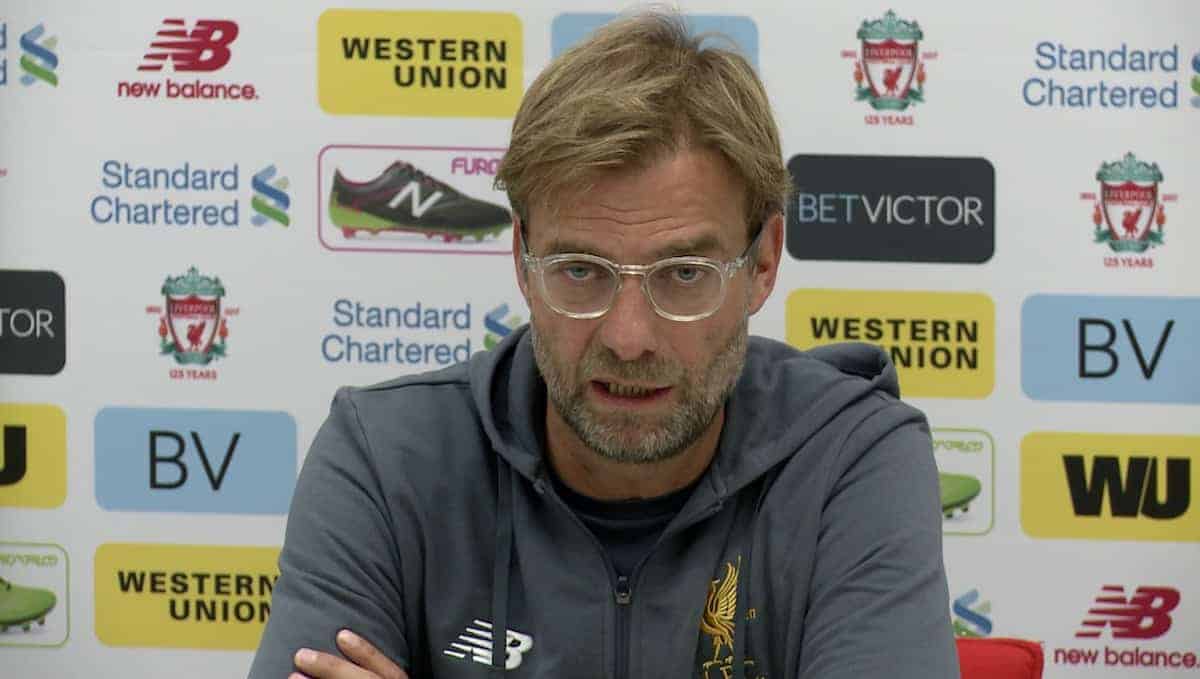 Watch as Jurgen Klopp speaks to reporters at Melwood to preview Liverpool’s all-important Premier League clash with Tottenham on Sunday.

The Reds are looking for their first win in the English top flight in three games when they take to Wembley this weekend, lifted by their 7-0 victory over Maribor in midweek.

Klopp’s side are, despite perceptions of dismal form, now unbeaten in their last five outings, having not lost in the league since their 5-0 mauling at the hands of Man City on September 9.

They head to the capital four points behind Mauricio Pochettino’s Spurs, however, and speaking on Friday afternoon, the German acknowledged the challenge ahead.

“We’ve played well so far [against Spurs], everybody can look forward to it,” he said.

And the German was optimistic about the trip to Wembley, explaining: “We don’t feel bad when we see Wembley. It’s a good place, a wonderful stadium.”

Looking set to curb their so-so run and embark on a winning streak, Liverpool will be eager to consign their Wembley frustrations to history.