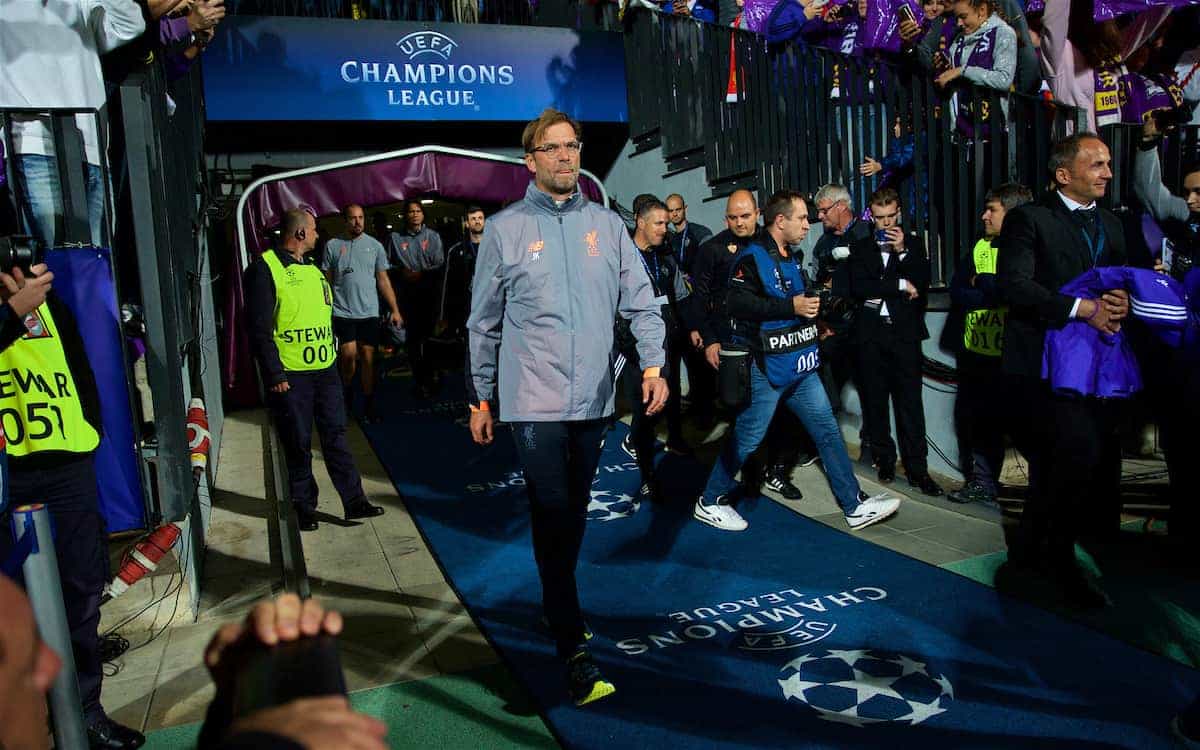 Two goals apiece from Mohamed Salah and Roberto Firmino and efforts from Philippe Coutinho, a first club strike from Alex Oxlade-Chamberlain and Trent Alexander-Arnold completed the Reds’ best away win in Europe.

After one win in eight matches, having created but not converted numerous chances, Klopp was delighted to make the breakthrough in style.

“It will give the players a lot of confidence. I was told about the record after the game and I didn’t know about it,” he said.

“The wonderful history of this club can feel like a backpack at times so it is nice to write our own good piece of the history.

“It will be difficult to beat that record. It is quite rare to win 7-0 but it showed we did unbelievably well.

“Maribor were quite confident before the game for different reasons.

“We could read the papers over here because my assistant speaks the language and he said they were positive because no English team had won in Maribor [in the Champions League].

“The boys deserved that. The only problem recently was how to explain why we didn’t win. That has been the most difficult thing about our recent games.

“When you don’t score it is a challenge to stay confident but we will try to use this result now.

“The next game is Tottenham so it’s pretty likely it will not be a similar result. We have five days to recover and prepare and we are looking forward to it.”

Klopp, who pre-match admitted he had been impressed with £35 million deadline day signing Oxlade-Chamberlain in recent days, felt the goal would be hugely beneficial to the England international.

“It will open his chest. It will help him a lot. He could have scored two,” he added.

“It was nice from Daniel [Sturridge] how he made this goal, really cool.”

Maribor coach Darko Milanic, who had a horrendous 32 days in charge of Leeds in 2014, admitted his side just did not cope well with the early pressure.

“The boys didn’t look like themselves and after 20 minutes we had three goals against,” he said. “It was very difficult for the players.”