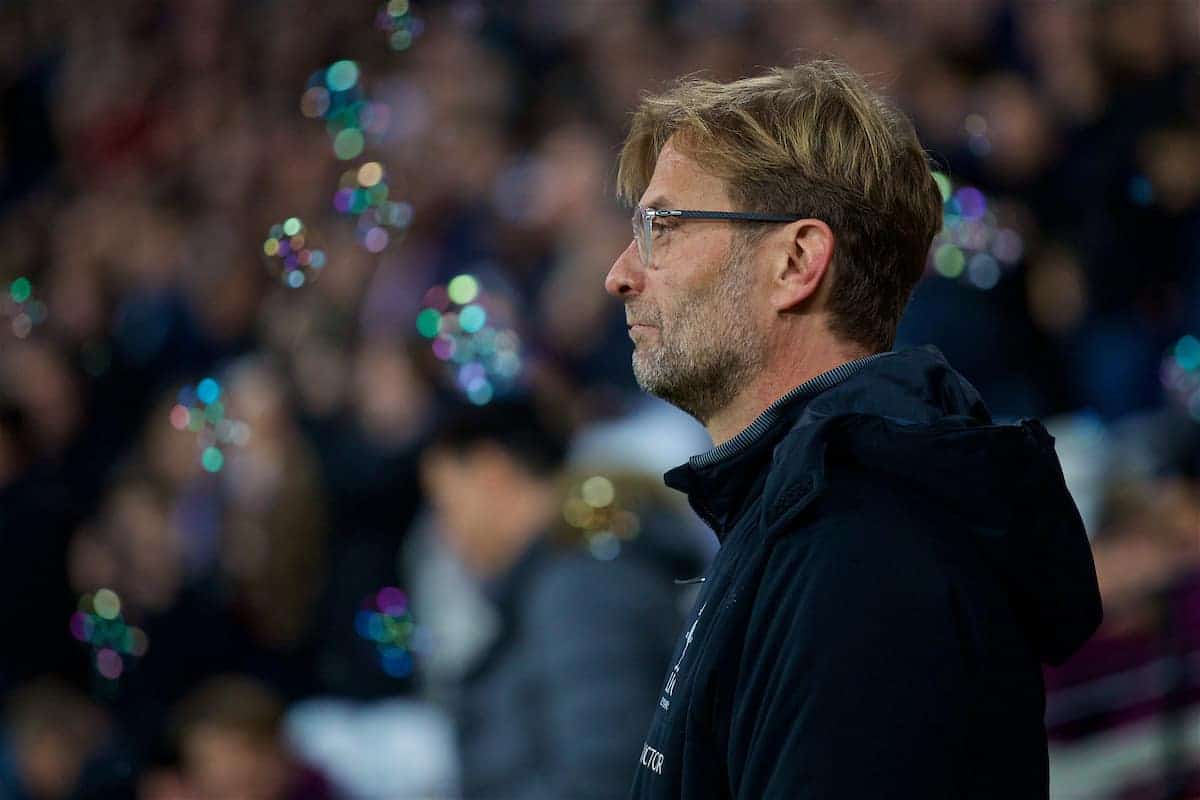 Jurgen Klopp has once again criticised the scheduling of Liverpool’s festive fixtures, with his side set to play twice over just three days.

The Reds take on Leicester City at Anfield on December 30, before making the trip to face Burnley at Turf Moor on January 1.

Both games are 3pm kickoffs, with Liverpool given a rare reprieve from the Sky Sports and BT Sport cameras, which stands as a problem for Klopp.

Speaking after his side’s 4-1 win away to West Ham on Saturday, the German questioned the need for such a packed schedule given the majority of games are not shown on TV.

“Is there a reason why nobody plays in midweek at the start of January?” he asked.

“Because they’ve put us on the 30th and the 1st, but they could easily play all of the [second round of] games on the 3rd and the 4th.

“I don’t understand it, is it not possible to play? Is there another Bonfire Night or something?

“Why is it? Does anybody know? You can’t watch our game with Burnley on television, so why do you need a holiday to wait until Match of the Day?

“If it’s on television we say ‘OK, we signed a contract, we do it’. It’s not on television, [so] why don’t we play Tuesday or Wednesday?

“I stay with it, before we played, long before, we will never talk about it again. It’s crazy.

“We are not the only one, Burnley has to do the same job, and all of the other teams. If you meet somebody and he knows why [scheduling is this way], he can call me.”

Klopp has regularly lamented the pile-up of fixtures due to broadcasting demands, attesting to the physical toll on his players.

And it is clear that, for the Premier League to continue to thrive as a ‘brand’, further periods of rest would be beneficial, ensuring a higher standard of football.