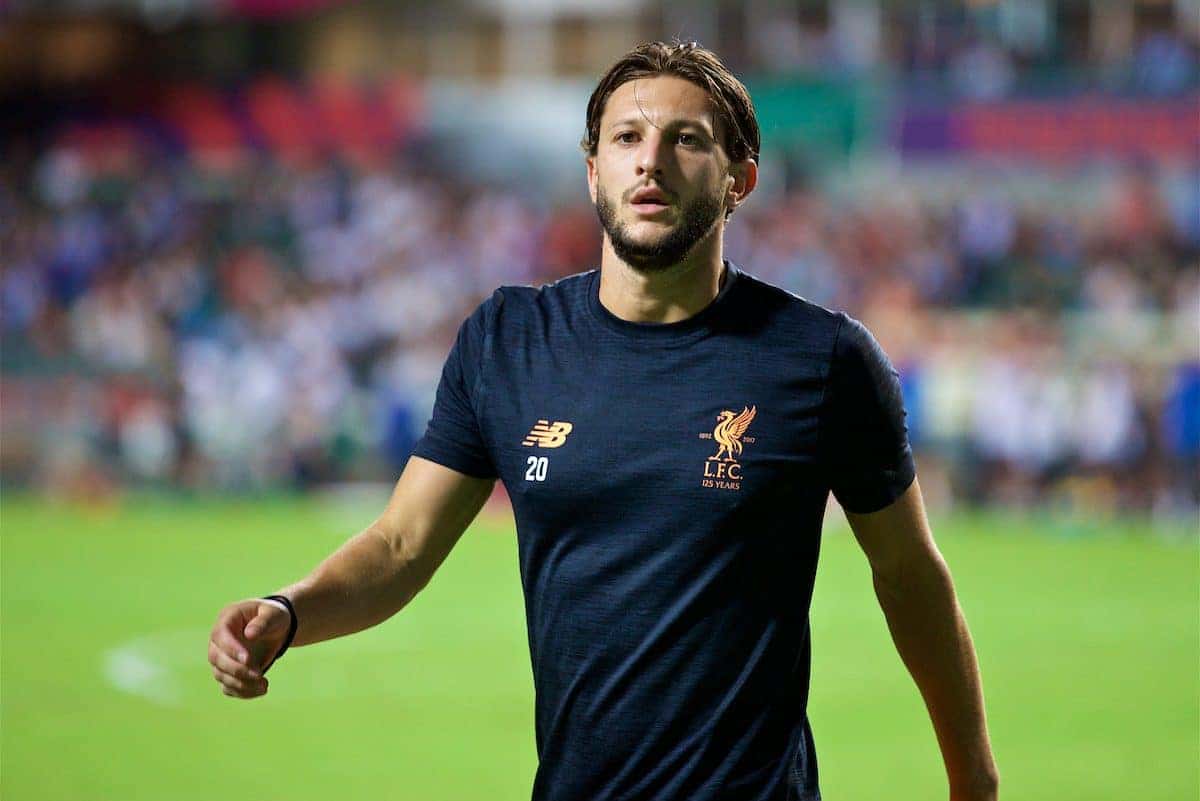 Jurgen Klopp has confirmed that Adam Lallana is getting closer to a return to the pitch, following a long injury layoff.

Lallana hasn’t featured at all for Liverpool this season following a thigh problem, with his last appearance coming on the final day of 2016/17, in a goalscoring showing against Middlesbrough.

The 29-year-old returned to training last month though, and there were even murmurs that he could make the match day squad for Saturday’s 3-0 win over Southampton.

Although he ended up watching from the stands at Anfield, he may be on the substitutes’ bench for Tuesday’s Champions League clash with Sevilla, having travelled to Spain.

Klopp says having his former next-door neighbour available is great news, but admits he still won’t rush him back ahead of a long campaign.

“He is getting nearer and nearer, but we need him for the rest of the season and not for the next weeks,” Klopp told Liverpoolfc.com.

“He is really knocking on the door and it’s fantastic that he is back. It’s great.”

Klopp also spoke about whether he would make changes to his personnel against Sevilla, with a relentless schedule now underway and Chelsea visiting Anfield on Saturday. Joel Matip will be back for the weekend clash on Merseyside, which could see him selected ahead of Dejan Lovren or Ragnar Klavan, but he will miss the Sevilla game with the adductor injury that kept him out against Saints.

“Maybe!” Klopp added, responding to a question about possible alterations.

“With the quality we have, it’s always a mixture of what you have to think about – it’s about rhythm on the one side, and freshness on the other side.

“Then there are specific questions that the other team will ask us, so you look and say, ‘they’re strong on this and strong on that, so what can we do?’ Then you make the line-up.

“The last game was not that intense, so we could go with the same line-up for sure – but 100 per cent we will not, because Loris will play! So, yes – we will make a change!”

Liverpool head to the Roman Sanchez Pizjuan Stadium knowing three points will all but confirm top spot in Group E, with a draw also a half-decent result.

It will be a tough game at the home of the Reds’ 2016 Europa League final conquerors, but if the return fixture at Anfield in September is anything to go by, Klopp’s men should fancy their chances, despite drawing that game 2-2.