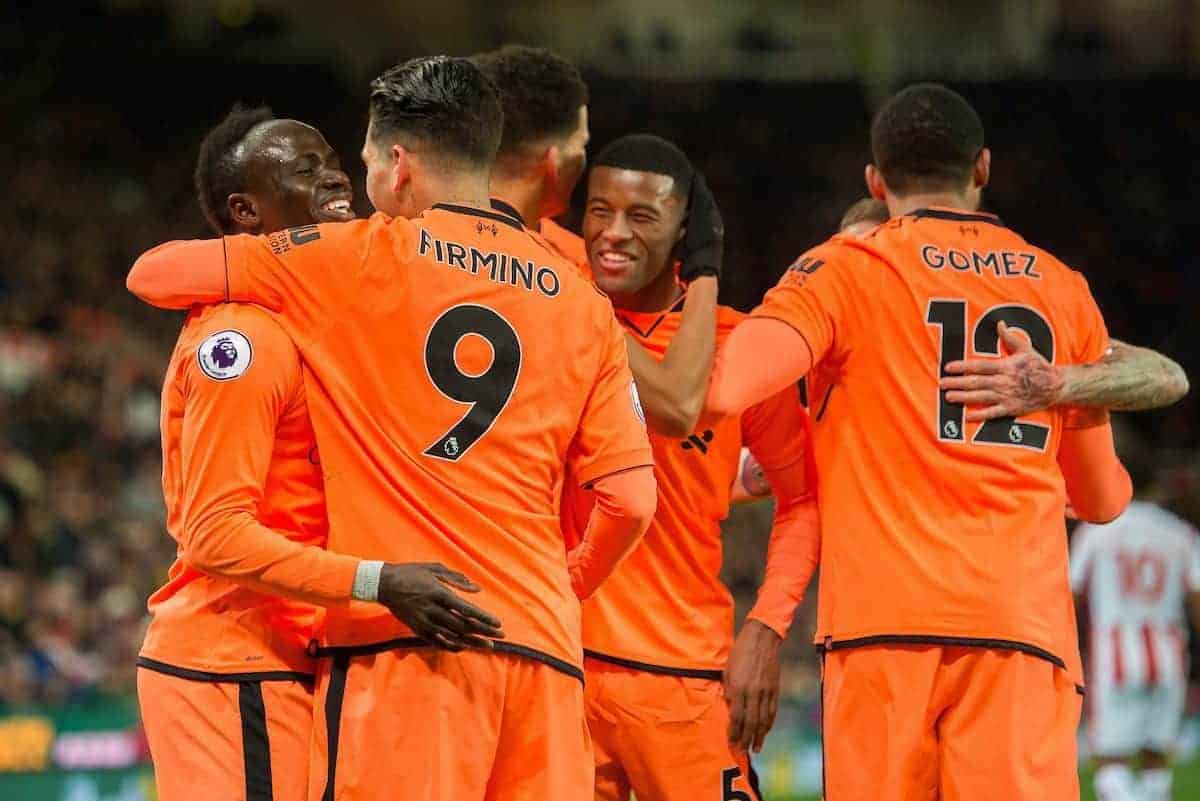 Liverpool earned an impressive 3-0 win at Stoke City on Wednesday evening, as Jurgen Klopp‘s side got back to winning ways in the Premier League.

There had been frustration among supporters after successive draws with Sevilla and Chelsea, but the Reds responded in fine style at the bet365 Stadium.

Klopp made six changes to the side that earned a point at home to the Blues on Saturday, with Philippe Coutinho and Mohamed Salah on the substitutes’ bench.

The manager cut a typically laid-back figure in the early exchanges, as the game got off to a tight start. It was the returning Sadio Mane who struck first, with the Senegalese dinking a lovely finish over Lee Grant and into the net. Simon Mignolet could easily have been sent off before half-time, having hauled down Mame Biram Diouf, but he was only shown a yellow card.

The second half was all about Salah, who came on for Alex Oxlade-Chamberlain and rifled a stunning volley into the net to kill the game off.

The Egyptian then added a second late on, beating Grant after racing onto Emre Can‘s long ball. Next up for Liverpool is a trip to Brighton on Saturday afternoon (3pm GMT) as they look to make it five Premier League wins out of six.