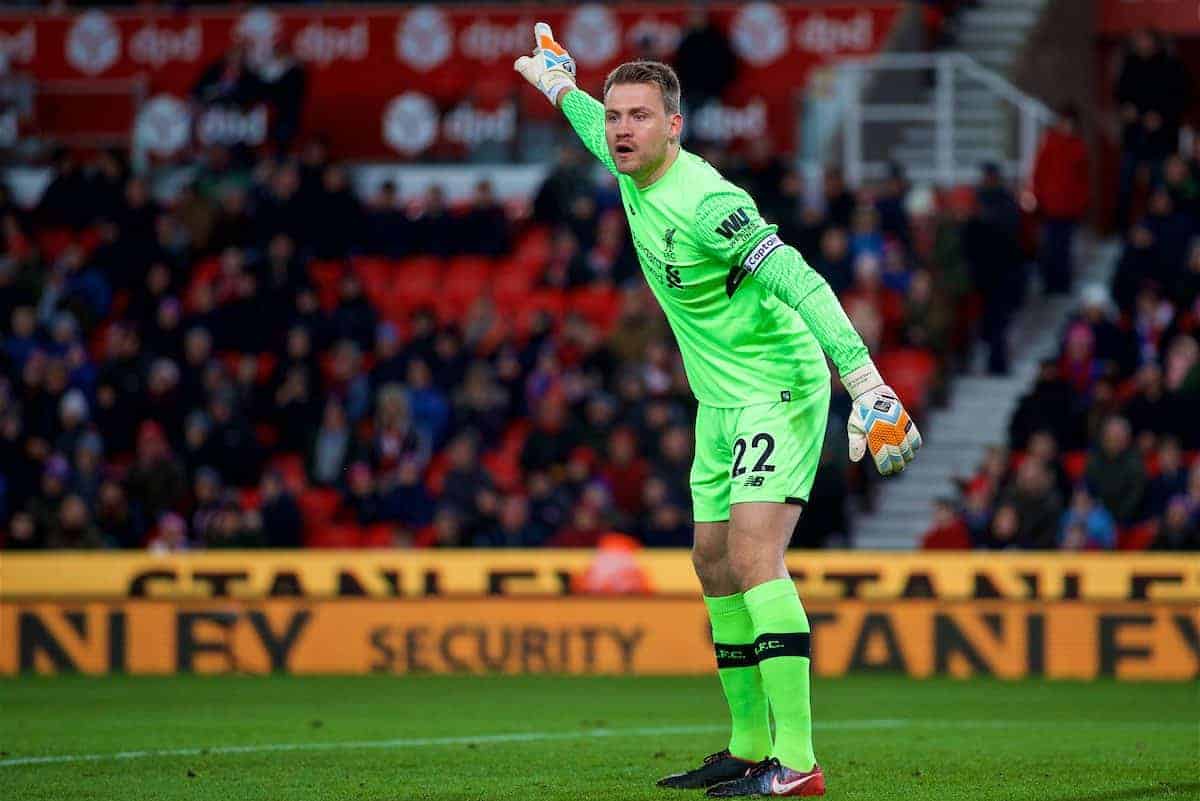 Simon Mignolet admits he had to take a chance that referee Martin Atkinson would not send him off in order to keep a clean sheet at Stoke.

The Belgium international escaped with a booking, much to the frustration of the hosts, after bringing down Mame Diouf on the edge of the penalty area with a wild hack in the 3-0 victory.

Afterwards he said he had no option but to take the cynical approach, whatever the outcome.

“I had to bring him down really because otherwise it’s a goal and then it’s 1-1. They had a free-kick to score from but we defended that,” he said.

“It is a reaction and a bit of instinct at that moment in time but that is what I thought I had to do. Luckily it paid off. I can’t say if I was the last man or not.”

Asked whether he was worried Atkinson might send him off Mignolet added: “It never crossed my mind.

“I was trying to line the ball up [for the free-kick] after that and that is what maybe helped me as if I had tried to say ‘Oh it’s not a red card’ then maybe I’d have got one.” The win, achieved though Sadio Mane‘s first-half strike and two late goals from substitute Mohamed Salah taking his season’s tally to 17, was not the most fluid of performances.

However, with six changes as manager Jurgen Klopp rotated his squad, it proved Liverpool have plenty of quality in reserve.

“We have a busy period and the only way you can keep your place is by performing,” Mignolet added.

“Two games we have done that, at home to Chelsea when we were unlucky not to win, and at Stoke, where we got a victory again.

“The boys are always ready for it when the gaffer puts them in.

“Everyone is always focused and we have lots of games to play with the Champions League so we needed a big squad.

“Luckily so far we have been okay with injuries as well but players have to be ready when the boss needs them.”

Salah’s double made it 12 Premier League goals, two ahead of Tottenham‘s Harry Kane, as the summer signing continues to terrorise defences.

“He is showing to be a very great player and as a winger a big goal threat,” said Mignolet.

“We had a lot of chances but the first half was only 1-0 and Stoke was still in the game.

“Then Mo comes on and does what he does at the moment which is scoring goals and that is nice for us to settle the game.

“If he continues the way he is going he could become one of Liverpool’s great signings.”

99% of LFC supporters vote to back plans for board representation

99% of LFC supporters vote to back plans for board representation