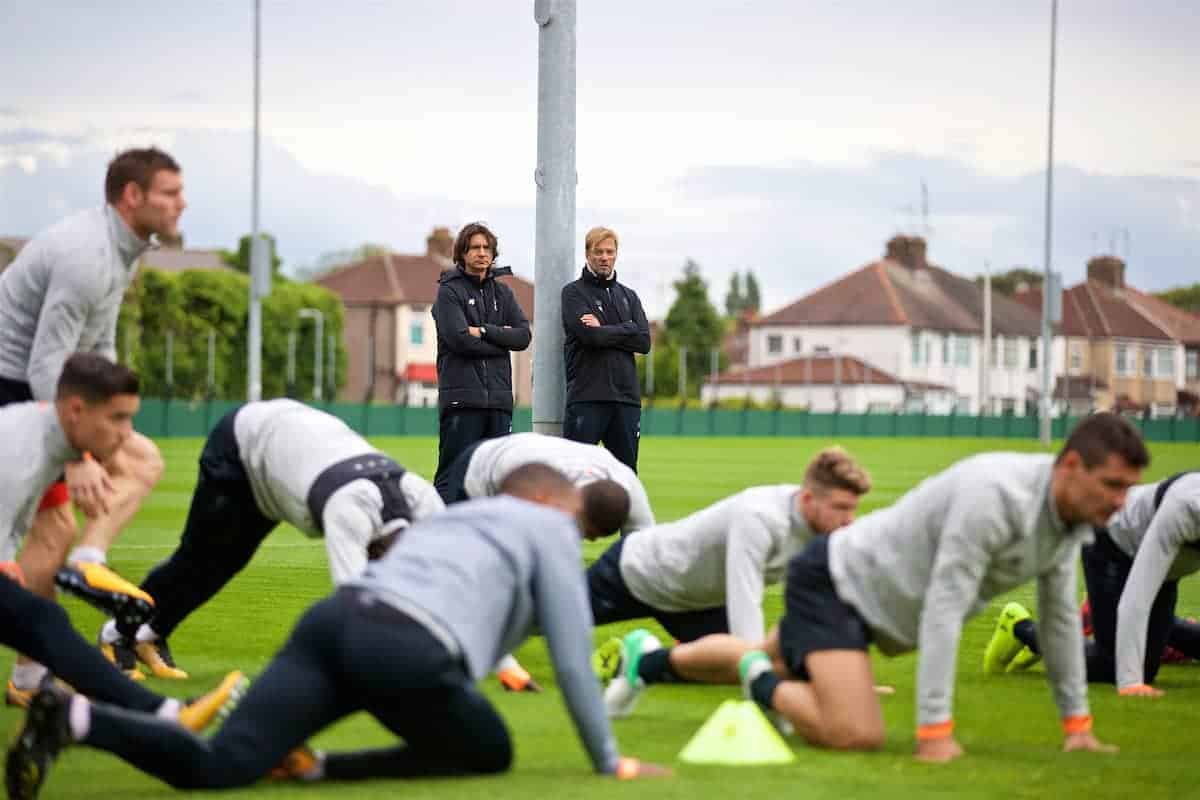 Jurgen Klopp will be able to work with a host of his key names during the November international break, Liverpool’s work continues at Melwood.

The Reds’ 4-1 win away to West Ham provided the ideal send-off as the senior squad embarks for World Cup qualifiers and friendlies around the globe.

Their third consecutive victory, taking the three points from the London Stadium rubber-stamped a revival for Klopp’s side, after having suffered a miserable 4-1 loss away to Tottenham.

With just under two weeks until their next outing, at home to Southampton on November 18, Liverpool will be ruing a stall in their momentum.

But Klopp can look to build on the training pitch ahead of that clash, as a number of his first-team regulars will remain on Merseyside during the break.

Peripheral figures and youngsters such as Adam Bogdan, Ovie Ejaria, Lazar Markovic and Danny Ings will also be present, while Klopp is likely to turn to his academy to flesh out the group.

Furthermore, Adam Lallana is set to return to first-team training after missing the first three months of the campaign with a thigh injury.

Nathaniel Clyne is still sidelined, with Klopp revealing ahead of Saturday’s trip to east London that the right-back had suffered “a little setback” in his recovery from a back problem.

A plethora of Liverpool players will be on international duty this month, however, with 16 of Klopp’s senior squad called up by their respective nations.

These include Jordan Henderson and Joe Gomez for England, with the young defender in line for his first cap for the Three Lions when they take on Germany and Brazil at Wembley.

They could face off against Emre Can, who is part of Joachim Low’s Germany squad, while Philippe Coutinho and Roberto Firmino have been included in Tite’s Brazil group.

It remains to be seen whether Coutinho will feature against either England or Japan, however, due to the playmaker’s groin injury.

Sadio Mane is expected to take to the field for Senegal’s crucial World Cup qualifiers against South Africa, but Klopp is hoping he will return before the second game of that double-header.

Elsewhere, Dejan Lovren will be looking to seal Croatia’s place at next summer’s tournament in their play-off clashes with Greece.

And Alberto Moreno could be given his first Spain cap since 2014, having been included in Julen Lopetegui’s experimental 25-man squad for friendlies against Costa Rica and Russia.

Liverpool During the International Break