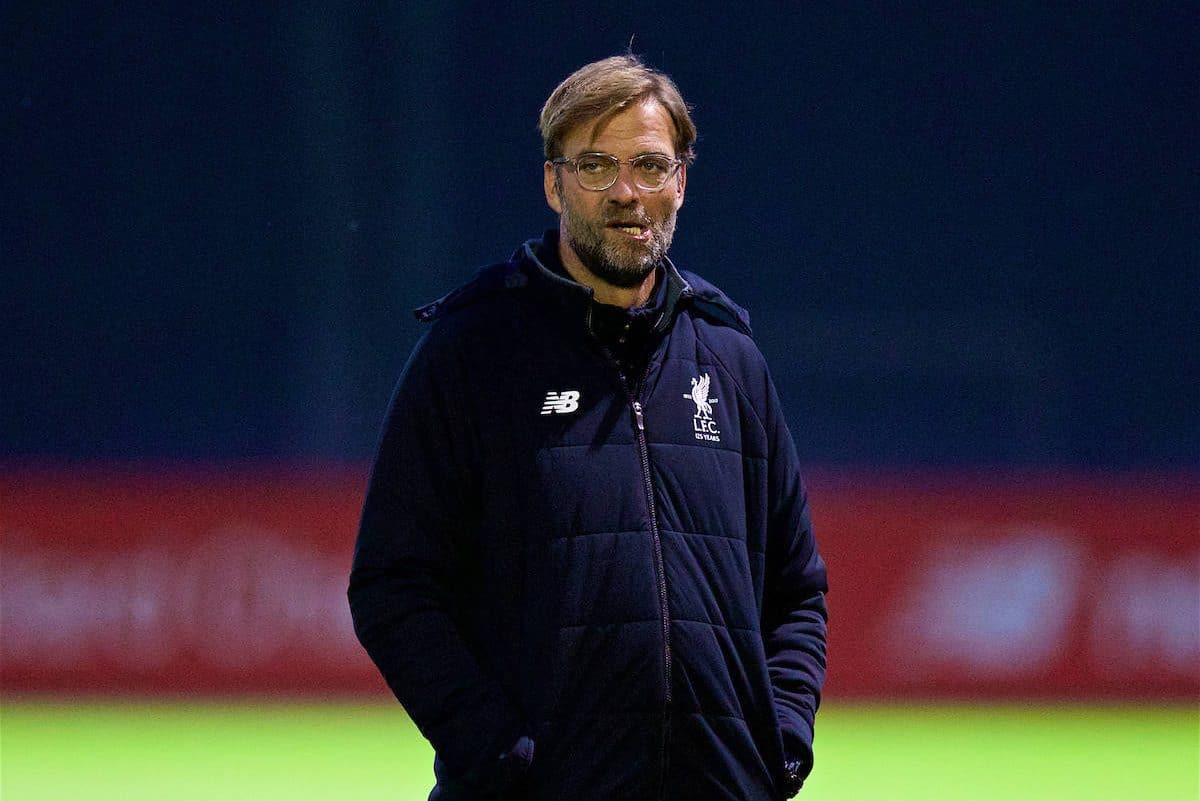 Jurgen Klopp is set to provide his non-internationals an extended break over the November international break, ahead of Liverpool’s busy winter.

The Reds will play four games over the last 14 days of this month, before eight outings in December and a trip to take on Burnley on New Year’s Day.

With Liverpool producing a stellar return to form following their 4-1 defeat to Tottenham in October, Klopp is eager for his side to remain on top.

And while he will have a host of his key names to call upon during the break, the likes of Alex Oxlade-Chamberlain, Mohamed Salah and Daniel Sturridge are due for time off.

According to the Liverpool Echo, Klopp’s squad are not set to report to Melwood again until Friday.

They will, however, be required to follow individual “training and recovery regimes,” as well as following nutritional programmes to ensure they return to action at full health.

Liverpool’s next outing comes at home to Southampton on November 18 and, barring injury, Klopp can hope for a refreshed side at Anfield.

The last of the Reds’ internationals will be in action on November 14, with only Marko Grujic and Sadio Mane travelling outside of Europe for friendlies and World Cup qualifiers respectively.

A major boost comes with Philippe Coutinho and Roberto Firmino taking part in showcase clashes with Japan and England in Lille and London, relieving the duo of a long-haul flight back.

While Coutinho has missed the last three Liverpool games due to a groin injury, the playmaker is still expected to join up with the Brazil squad.

Jordan Henderson, who was absent from Saturday’s 4-1 win at West Ham, is considered a doubt for England but, along with Gary Cahill, Harry Winks and Harry Kane, will join the squad late.

Klopp has previously been critical of Three Lions manager Gareth Southgate’s use of Henderson, and the 47-year-old has agreed to avoid overworking the midfielder.

Dejan Lovren, Andrew Robertson, Trent Alexander-Arnold and Dominic Solanke should return to Melwood earlier than the likes of Coutinho and Henderson, due to their international schedules.

With the majority of qualifiers already decided, the final break of the year is a more manageable one for Klopp.

And with careful planning, it should allow the German to prepare for the visit of Southampton with a relatively normal timeframe, with at least three days with his whole squad.