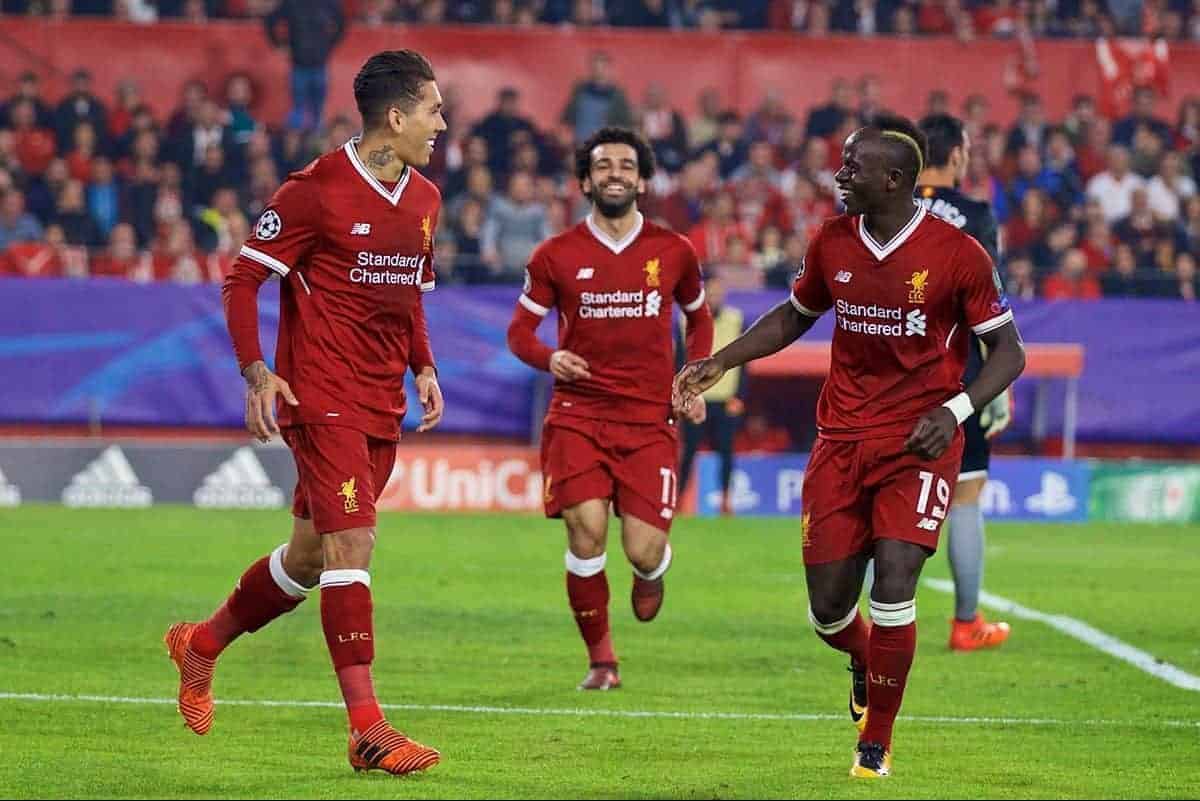 Jurgen Klopp has revealed that Sadio Mane and Roberto Firmino should start for Liverpool away to Stoke City in the Premier League on Wednesday.

The attacking pair were named on the substitutes’ bench for Saturday’s 1-1 draw at home to Chelsea, with Mane replacing Alex Oxlade-Chamberlain in the closing stages.

This proved to be a bold move from Klopp, who made five changes from the side that drew 3-3 away to Sevilla in the Champions League four days before.

Along with Oxlade-Chamberlain, Simon Mignolet, Joel Matip, James Milner and Daniel Sturridge all came into Klopp’s side at Anfield.

But ahead of the Reds’ midweek clash with Stoke at the Britannia Stadium, the German has revealed both Mane and Firmino are likely to return to the starting lineup.

“It made sense at this part of the season to use the strength of the squad. It’s not completely unlikely they will start,” he told reporters at Melwood on Tuesday.

“We don’t ‘rest’. We use our players. [Rotation] was not the reason for the last game, it was more that we needed fresh legs. I thought it worked quite well.

“It was a very important sign for the squad, that I show faith in pretty much all the boys in the squad, and they showed they are 100 percent ready.

“We will make one or two changes for the next game.”

Another player who could also come back into the fold is Emre Can, who missed Saturday’s stalemate with a minor injury.

And Dejan Lovren, who was also absent in midweek, is fighting for fitness as he bids to replace either Matip or Ragnar Klavan at the heart of Klopp’s defence.

“Dejan probably will be close. It’s not a big thing, a little swelling. He will try to run in a few minutes,” Klopp added.

“Emre is back, it was not a big thing, but big enough. He will be in the squad, for sure.”

Otherwise, Nathaniel Clyne (back) is Klopp’s only other injury concern, though Adam Lallana was not spotted in training on Monday night.

The midfielder made his first appearance of the season as a late substitute against the Blues, having spent the last three months sidelined with a thigh problem.