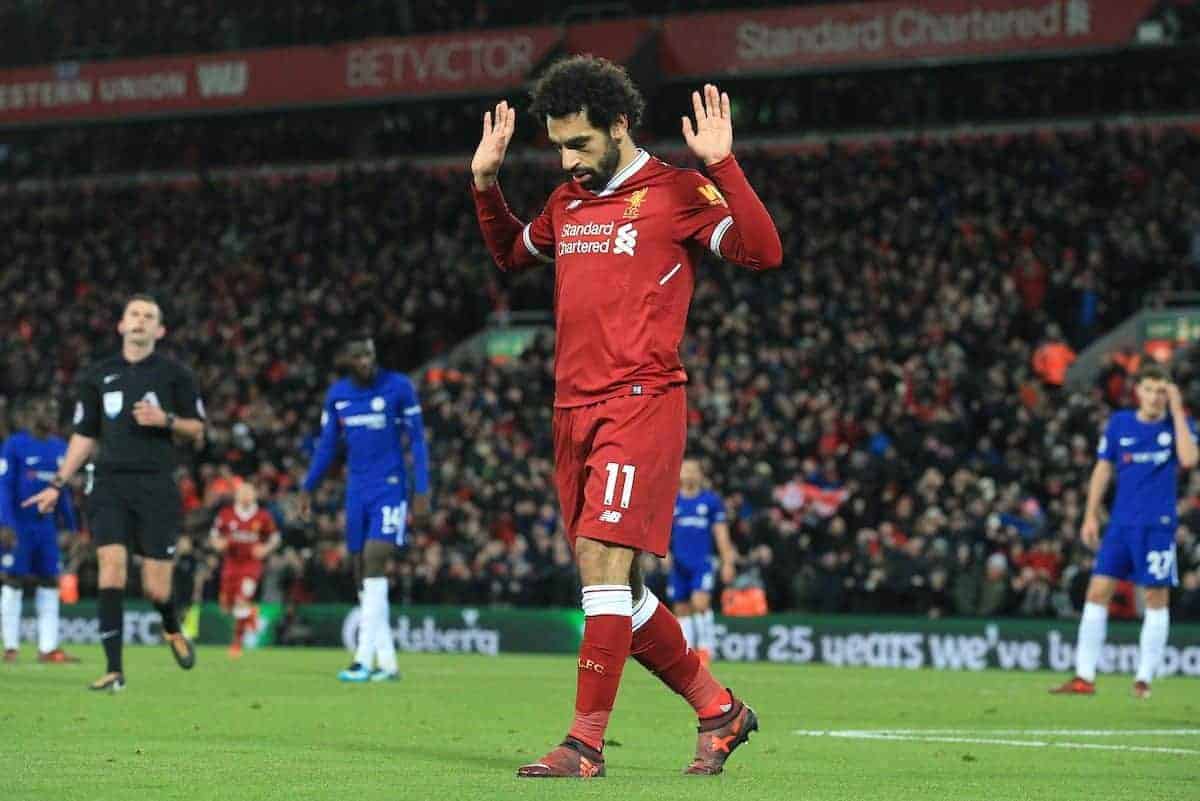 Liverpool were forced to share the points as Chelsea equalised late on to deny the Reds three points at Anfield.

Jurgen Klopp made five changes from the team that drew at Seville in the week, with Daniel Sturridge and Alex Oxlade-Chamberlain surprisingly replacing Sadio Mane and Roberto Firmino in attack.

The first half was a mostly quiet affar, bar a five minute spell which saw Simon Mignolet called into action three times, first to deny Eden Hazard, then Danny Drinkwater, then Davide Zappacosta.

Liverpool’s best chance of the opening 45 saw Mohamed Salah with a trademark curling effort after cutting in from the right side. It was a replica of his finish against Southampton a week ago but just went wide. Liverpool enjoyed the better of the opening exchanges in the second half and they got the breakthrough just after the hour mark, with Salah grabbing his 15th goal of the season against his former club.

The Egyptian attacker passed the ball past Thibaut Courtois at the Kop end after being set up by Philippe Coutinho and Oxlade-Chamberlain. Salah was denied a second from a superb block by Cesar Azpilicueta, while Joe Gomez denied Marcos Alonso similarly at the other end.

Liverpool seemed in control and were defending well until Willian’s cross in the 86th minute somehow went in over Simon Mignolet‘s head.

Next Match: Stoke (away, Wednesday 29 November)