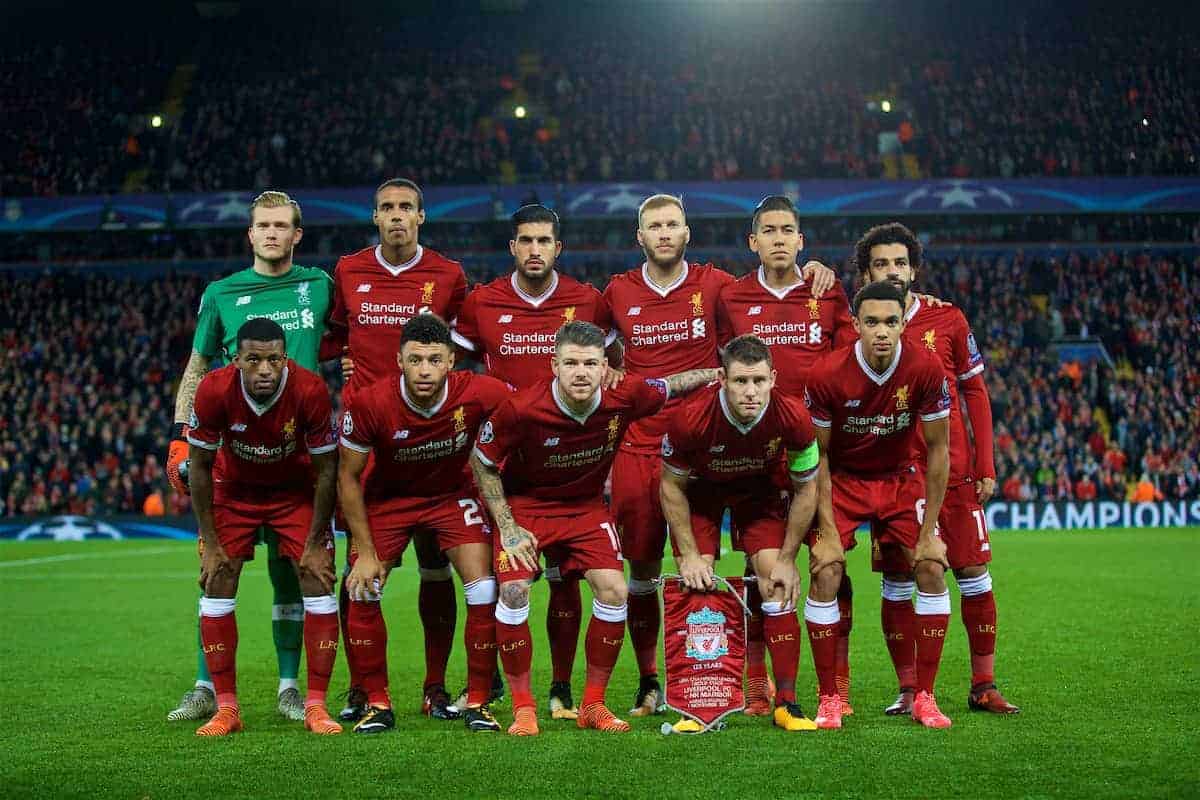 Liverpool dispatched Maribor with ease again to remain top of Group E, the reds stand on the edge of qualification for the knock-out stages after a solid performance against their weaker Slovenian opponnets

The German was a spectator for the entire first-half, it’s a lonely life as a goalkeeper sometimes. When he was called into action midway through the second half he saved well off a shot from distance

Saw a lot more of the ball in the second half and didn’t take him long to use that extra possession well. A delightful ball set up the first goal.

Not tested defensively but should have done better with a headed opportunity in the first half.

On a night when no attacking threat was really offered by the visitors he had little to do, but when required he used the little possession well.

Held a high line and again, showed strength with his attacking play. Seems to have convinced Klopp that the left side defensive position is now his.

Missed a penalty but made up with a tremendous assist for Can. Could do better with his set-piece deliveries though; however, as expected his work rate can’t be questioned

Left the field on 15′ replaced by captain Jordan Henderson

Another strong performance from the Egyptian and once again he finds the net. He’s been a revelation since his arrival from AS Roma in the summer. Four goals in four Champions League games, replaced by Sturridge on 74′, the only criticism would be he doesn’t score enough with the chances he creates.

A rare start for Oxlade-Chamberlain, still looks to be adapting to Klopp’s system after his move from Arsenal. Found space but unfortunately his final delivery is still short of what is required for a player in his position.

Showed his skilful nature to win Liverpool’s penalty – a nice nutmeg when it didn’t look on, the Brazilian was a handful all night. A template ‘forward’ performance.

Unexpectedly made an appearance on 15′ after Winjaldum picked up an injury, worked well in the centre of the park with Can

Came on and scored a goal, two in two and looking sharp again. Everyone enjoys a Daniel Sturridge goal don’t they, did what he was asked to do by Klopp and did it well

A fleeting appearance for the Serbian giant.

Jurgen Klopp will be happy that Liverpool continued where they left off against Maribor. Made the substitutions when needed and oversaw another good victory. Liverpool remain top of the group and deservedly so.