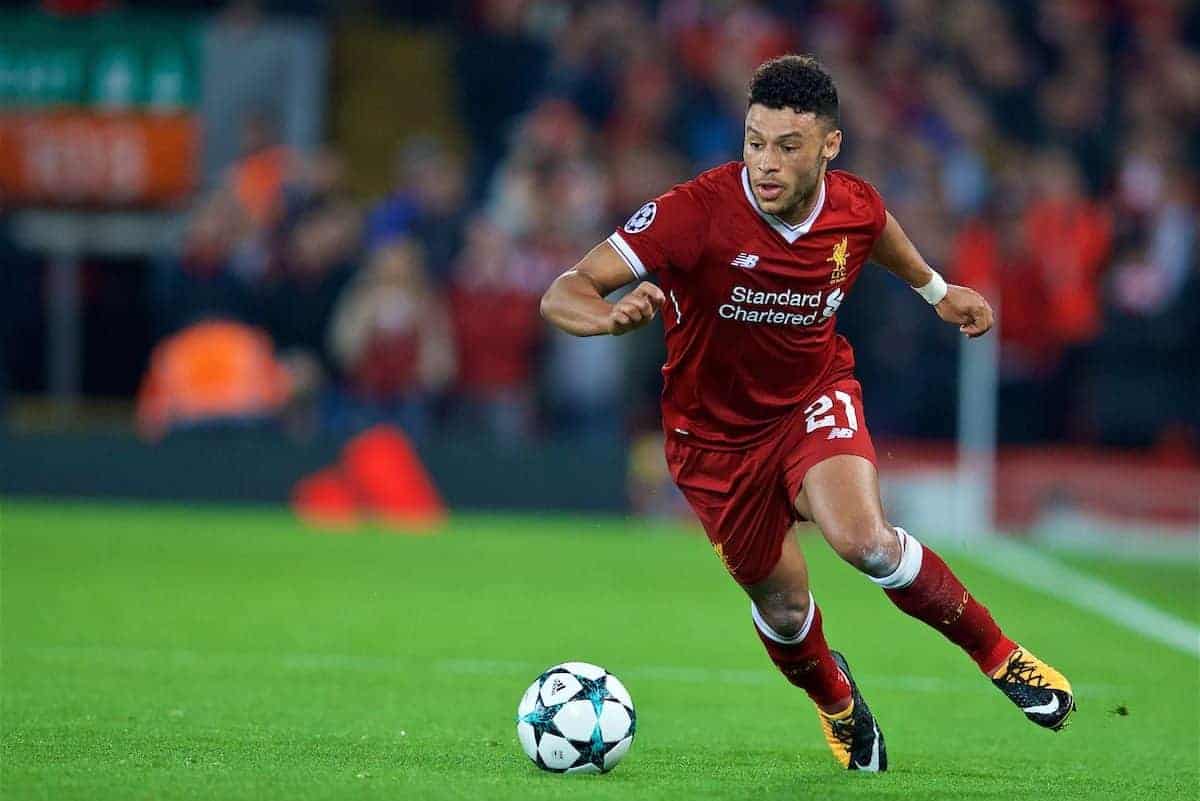 The £35million summer signing started his first Champions League match in Wednesday’s 3-0 win over Maribor, a game which saw midfielder Georginio Wijnaldum limp off with an ankle problem after just 17 minutes.

With the likes of Philippe Coutinho, Adam Lallana and Sadio Mane – as well as defenders Dejan Lovren and Nathaniel Clyne – all currently out Klopp’s attacking options are diminishing.

And it could point towards Oxlade-Chamberlain making the starting line-up when they play West Ham on Saturday.

“He was good, he offered a lot, I loved his counter-pressing situations. I’m not sure he did this a lot of times in his life already so it was really nice to see.”

Second-half goals from Mohamed Salah, Emre Can and Daniel Sturridge meant Liverpool – for whom James Milner missed a penalty – edged closer to the knockout stages.

But with his resources reduced further after Wijnaldum’s injury, Klopp may have to turn to the same players again at the weekend.

“At half-time the ankle was already swollen. It is probably not a good sign,” said Klopp.

“We saw a kick in the game, we didn’t think it was too serious, we were not sure if it was swollen or if he twisted it. For sure we have to make a scan.

“Gini is out, maybe there will be some wonder (recovery) with Phil but I don’t think at the moment that he can play. “We’ve missed three – and probably with Gini four – of the most creative players in the league with Sadio Mane, Phil Coutinho, Adam Lallana and then Gini Wijnaldum. That doesn’t make life easier.

“With Dejan (Lovren) it’s different, it’s not the same problem as Phil had.”