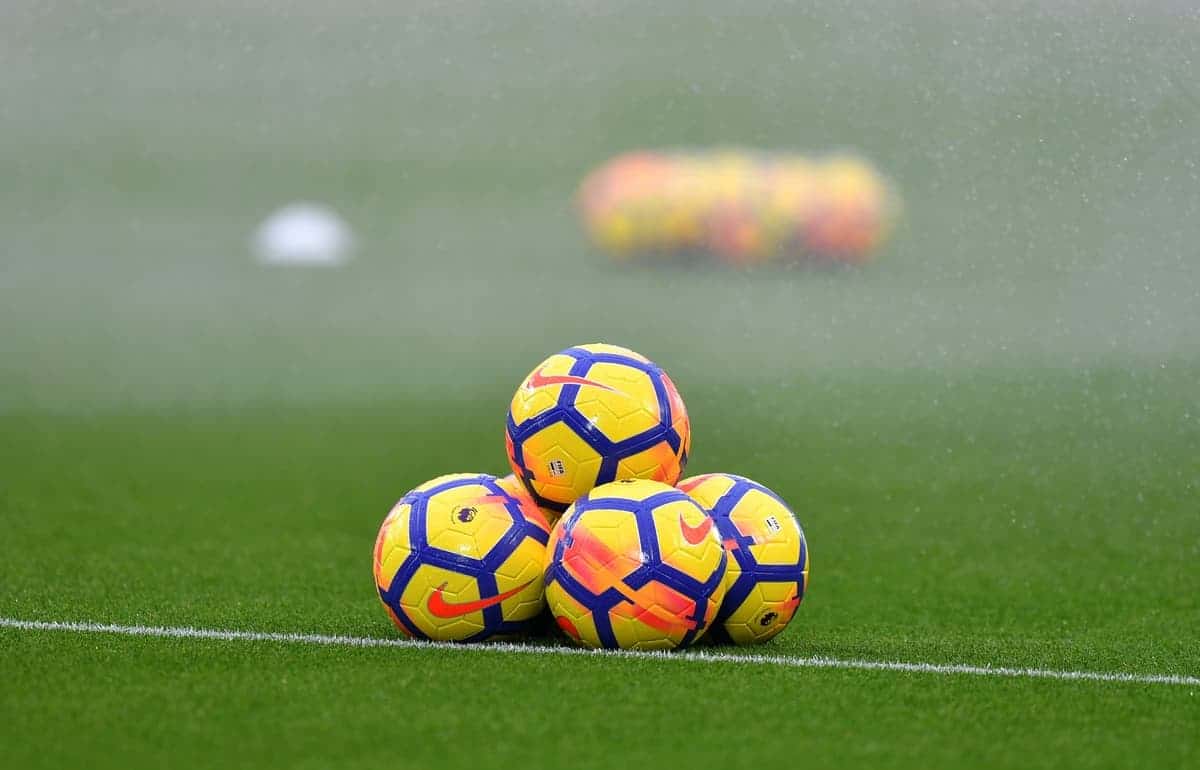 It’s a win-win situation for Liverpool to an extent on Sunday, with Man City vs. Arsenal and Chelsea vs. Man United.

Liverpool picked up an important 3-0 win at home to Huddersfield last Saturday and the Reds head to West Ham this weekend hoping to head into the international break with three wins in a week under their belt.

Elsewhere on match week 10, leaders Man City continued their ominous run of form with a 3-2 victory at West Brom, and Man United edged out Tottenham at Old Trafford.

Arsenal defeated Swansea City at the Emirates, Chelsea got the better of Bournemouth and Everton‘s dismal season shows no sign of improving, after a 2-0 loss at Leicester City.

Here’s a look at the best matches to look forward to this weekend, on top of Liverpool’s trip to east London.

With Bonfire Night falling on Sunday, it seems fitting that there could be fireworks at the top of the table.

Two huge matches lie ahead, and hopefully Liverpool have done the business at the London Stadium the night before so we can sit back safe in the knowledge that at least two rivals will be dropping points.

First up is Man City‘s clash with Arsenal at the Etihad.

The Gunners are never ones to shut up shop away from home and they will attack City, making for an end-to-end contest potentially full of goals.

Pep Guardiola’s side look unstoppable at the moment, and although Arsenal will cause them more problems than most, City will have too much class over the 90 minutes.

A more defence-minded contest follows, as Jose Mourinho returns to Stamford Bridge to take on a Chelsea side wobbling at the moment.

We all know how the Man United manager is going to approach the game, and in terms of making it an entertaining match, an early Chelsea goal is required.

Two draws in these games will be absolutely perfect for Liverpool, but it may be the two Manchester clubs smiling come Sunday evening.

What next for Everton? Having had to hear all about Everton‘s ‘amazing’ transfer business this summer, and a predicted top-four finish, they are enduring a wretched time of things.

Last weekend’s performance at Leicester was about as insipid as it gets, and whether it is David Unsworth or someone else who gets the manager’s job long-term, you don’t see them improving any time soon.

Liverpool’s local rivals have a squad full of ageing players who used to be handy, and their new signings have all been a disappointment, barring Jordan Pickford.

On Sunday, Watford make the trip to Goodison Park, and failure to win is likely to see Everton remain in the relegation zone.

They didn’t predict that at the start of the season, did they Richard Keyes?

Defeat for Hodgson on return to Wembley?

It’s very rare that Roy Hodgson will receive even a smidgen of praise from anyone of a Reds persuasion, but he has at least instilled some fight in his Crystal Palace players.

Wilfried Zaha’s 97th-minute equaliser at home to West Ham last time around earned the Eagles a point, and they actually deserved more on the day.

Despite a slight improvement in results, Palace remain rooted to the bottom of the Premier League table, and more wins have to start coming their way.

That seems unlikely on Saturday, however, as Hodgson returns to Wembley for the first time since his disastrous reign as England manager came to an end.

Tottenham will be waiting for the visitors, and although their defeat at United will have hurt, beating Champions League holders Real Madrid 3-1 in midweek more than made up for it.

It could be a long afternoon for Hodgson.

There is a fair argument to say that Eddie Howe is not being criticised enough at the moment, perhaps avoiding flack because he is a young, highly-rated English manager.

Howe’s Bournemouth side are really struggling and are very much in a relegation fight.

Only Palace are below them in the table, having accumulated just seven points from 10 games, and goals are very hard to come by.

This weekend, the Cherries take the long trip up the country to take on Newcastle United – a club where things are heading in the right direction, both on and off the pitch.

Rafa Benitez is doing a good job at St James’ Park and his Magpies side will be favourites to beat their opponents on Saturday.

Bournemouth do sometimes have a surprise result in them, however, so don’t be too shocked if they dent Newcastle‘s current mood.