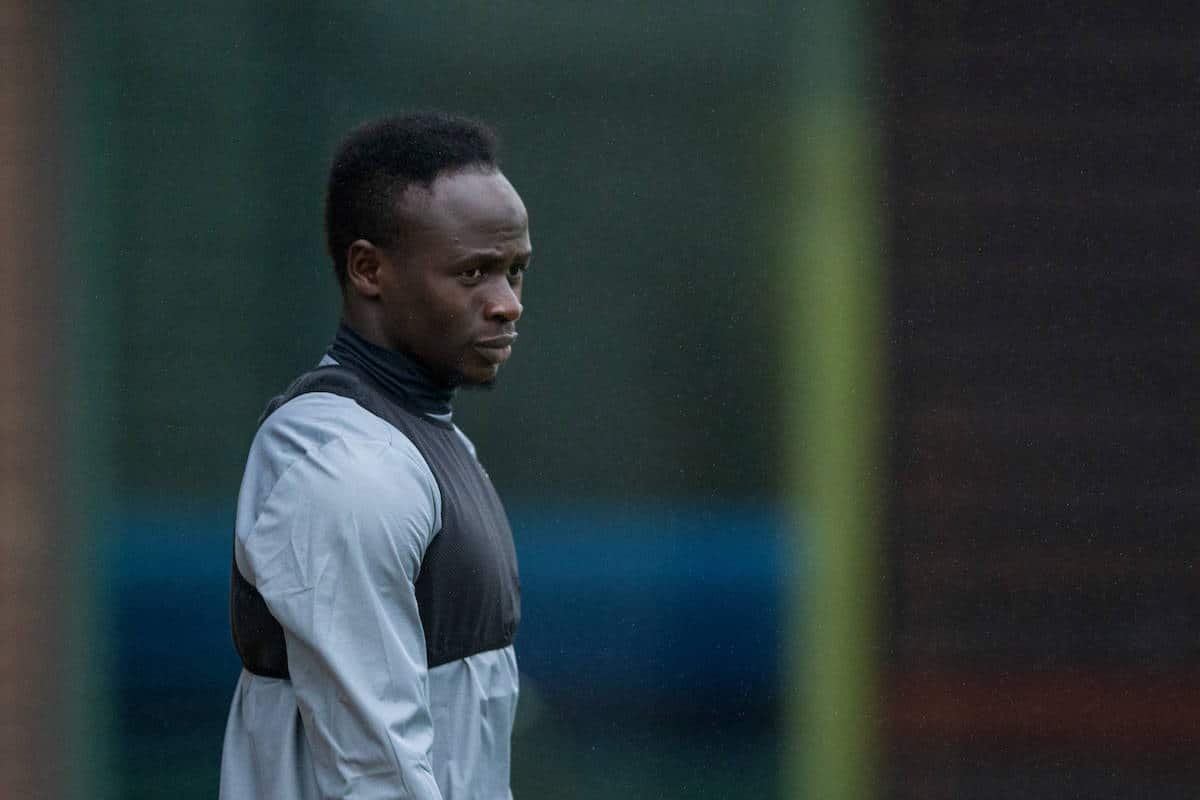 Liverpool winger Sadio Mane has returned to first-team training at Melwood, after missing the last five games with a troubling hamstring injury.

The 25-year-old has been sidelined since the October international break, having picked up an injury for Senegal in their 2-0 win away to Cape Verde.

In his absence, the Reds have won three, drawn one and lost one, with Philippe Coutinho, Alex Oxlade-Chamberlain and Daniel Sturridge alternating in his place.

Mane won’t be available for Saturday’s trip to West Ham, but it will be interesting to see if he goes on international duty with Senegal next week after he was called up by his country.

The Reds’ No. 19 should return for Liverpool after the international break, at home to Southampton on November 18 and he was a welcome sight among those training in West Derby on Thursday afternoon.

Some of those that started in Wednesday night’s 3-0 win over Maribor spent the day in recovery, though Simon Mignolet, Loris Karius, Trent Alexander-Arnold, Ragnar Klavan, Alberto Moreno and James Milner were also working outside at Melwood.

Adam Lallana was also pictured with Flanagan at Melwood, and he too is set to be fit after the international break. The return of both Lallana and Mane will be a major boost for the Reds after the November interval, with two of Klopp’s key players back in the fold.

Coutinho (groin) and Georginio Wijnaldum (ankle) should also be available for the clash with Southampton, though Nathaniel Clyne (back) is still ruled out.

The right-back has missed the entire campaign so far, having played just 45 minutes during pre-season, with Klopp not providing much detail as to his recovery in recent weeks.

Danny Ward was part of the warmup at Anfield on Wednesday, and is set to join the Wales squad for their friendlies against France and Panama this month.

Both Wijnaldum and Coutinho are expected to link up with their national teams, too.

Klopp is set to speak to the press at 1pm (GMT) on Friday to preview Liverpool’s trip to take on West Ham at the weekend, likely providing an update on the fitness of Lallana, Wijnaldum, Coutinho and Mane.