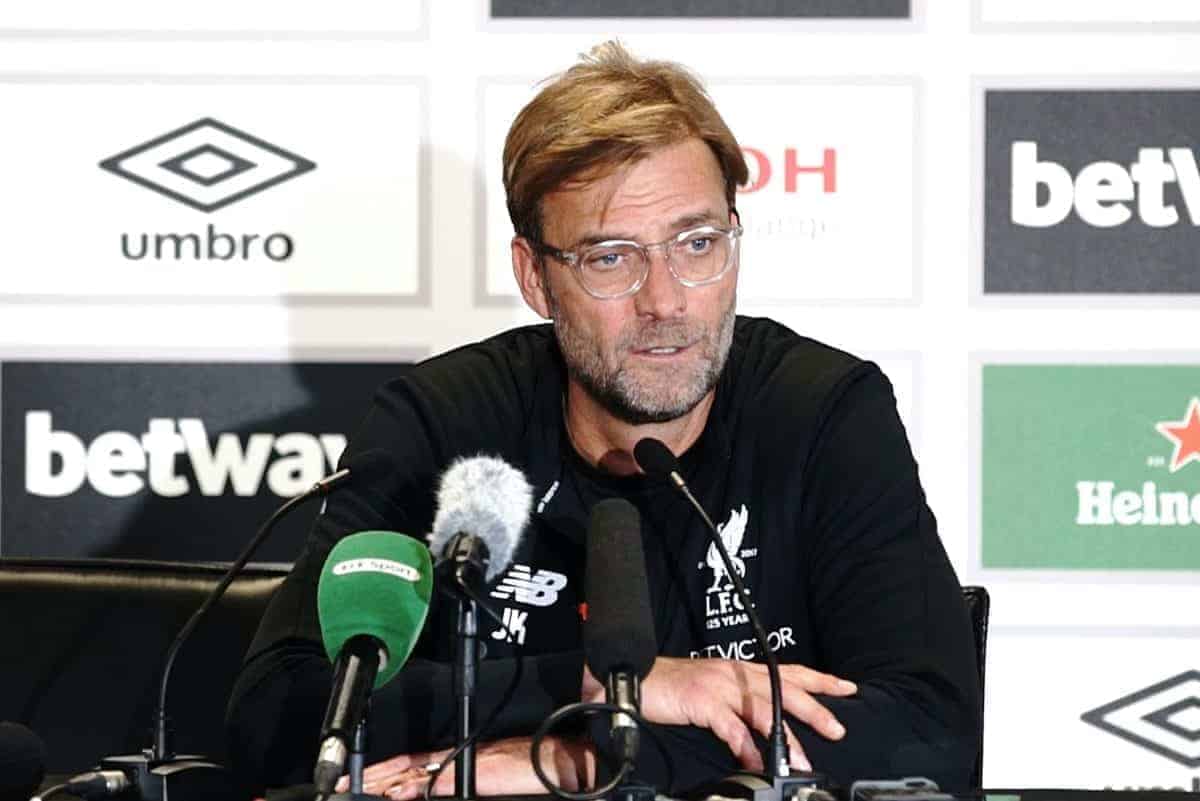 Jurgen Klopp was in high spirits after Liverpool sealed their third consecutive victory with a 4-1 triumph away to West Ham on Saturday.

Two goals from Mohamed Salah and further efforts from Joel Matip and Alex Oxlade-Chamberlain consigned a miserable Hammers outfit to defeat at the London Stadium.

While the Reds conceded through Manuel Lanzini’s impressive strike, Klopp’s side were in dominant form throughout, and the German was pleased with their performance.

Speaking to reporters after the game, Klopp highlighted Liverpool’s response to their own 4-1 defeat away to Tottenham in October.

“Two weeks ago I was not far away from here [at Wembley] and I felt quite different, but now we have responded on that really well,” he said.

“We knew after that game at Tottenham we were bad—Tottenham were obviously good.

“But we were the main reason for this result so we wanted to strike back and the boys did with really, really nice results.”

Klopp also discussed the form of Mohamed Salah, his decision to hand Sadio Mane a shock start after a month out with injury, and Jordan Henderson‘s withdrawal with a thigh problem.

Liverpool are next in action on November 18, taking on Southampton at Anfield after the international break.

And Klopp will be hoping for his side to maintain their excellent run of form after returning from duty with their respective nations.