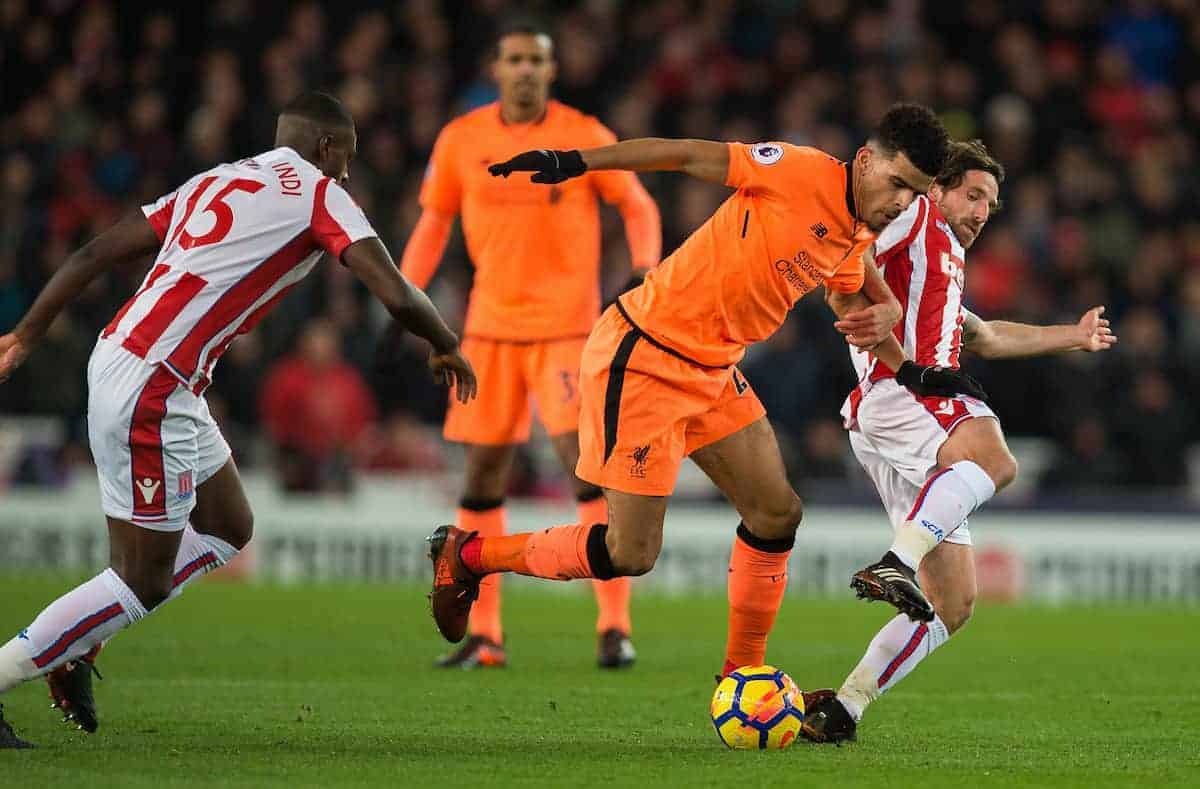 Jurgen Klopp reserved praise for Dominic Solanke after the striker made his first Premier League start in Liverpool’s 3-0 win at Stoke City.

Solanke joined the Reds from Chelsea in the summer, and after a solitary appearance for the Blues he has already made 11 outings for Klopp’s side this term.

Remarkably, the 20-year-old made his England debut before starting in the English top flight, but he didn’t have to wait for long to make his Premier League bow.

Klopp made six changes to his side from last Saturday’s 1-1 draw with Chelsea, with Solanke leading the line alongside Roberto Firmino.

And discussing Solanke’s maiden league start, the German joked: “He should have scored!”

“[He’s] a fantastic boy, well deserved and I am really happy for him that he could do that,” he told reporters.

“He is a fantastic player. He can improve in pretty much everything, but he is already a good player.

“That’s probably the best news. I am really happy I could give him this opportunity tonight.

“He has to work like all the others, but everybody who is with England looked tonight and thought, ‘oh, that looks good’. He is a really good player.”

Liverpool play another eight games before the end of the year, and are in action once every 3.6 days between Saturday’s clash with Brighton and the trip to Burnley on January 2.

Klopp has already begun rotating his side, and victory at the bet365 Stadium is hugely encouraging given the amount of changes made.

The 50-year-old’s substitutes’ bench was one of the strongest a Liverpool manager has been able to call upon since the Premier League began, serving as testimony to Klopp’s squad depth.

And this was even without both Ragnar Klavan, Nathaniel Clyne and Adam Lallana, with Klopp hailing his options as he vowed to continue to rotate in December.

“We have to protect and I am happy about the options I have. We thought about this option and that option,” he explained.

“Ragnar Klavan was ill and Dejan Lovren was not fit in this moment, so if Raggy is fit Dejan is today not in the squad. Now he started and that’s how things are.

The Reds have just two days between the win in Stoke and their trip to the Amex Stadium, and Klopp can be expected to make a raft of changes once again.