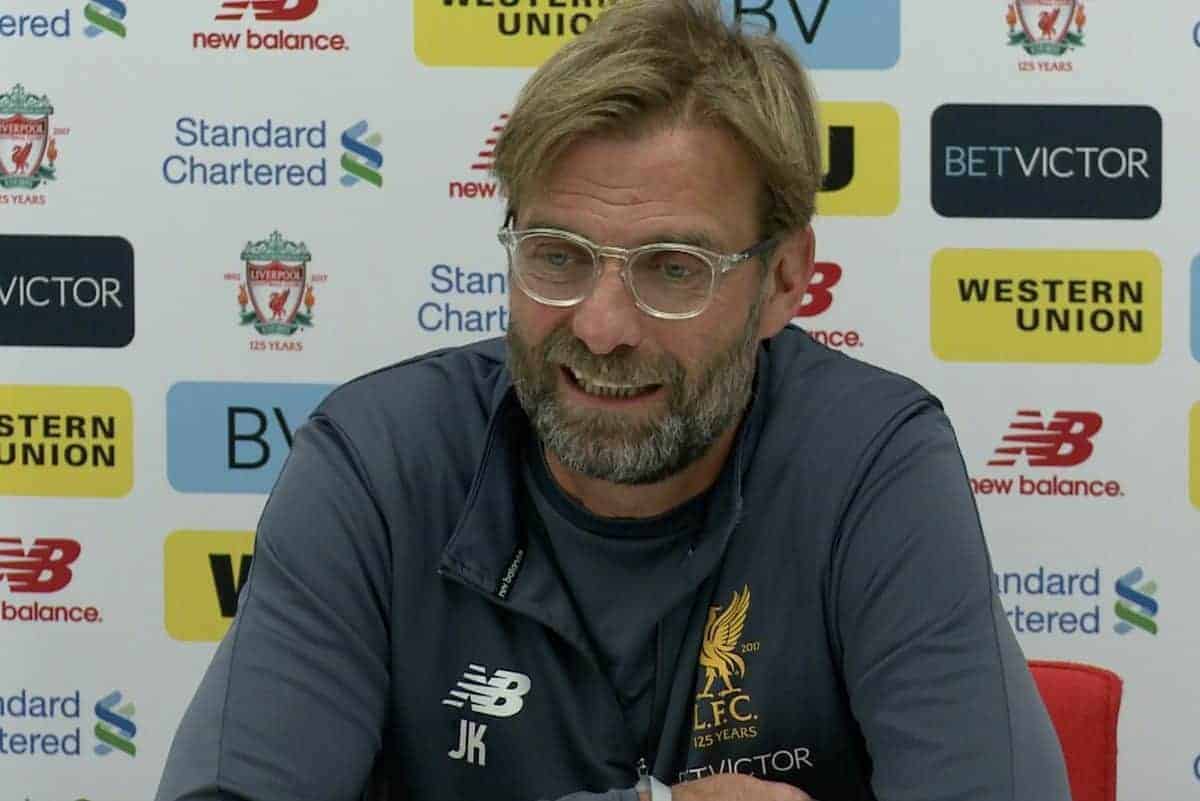 Watch as Jurgen Klopp previews Liverpool’s trip to take on Stoke City in the Premier League, discussing injuries, rotation and away support.

The Reds will be looking to ensure their 1-1 draw with Chelsea on Saturday evening is followed by three points as they travel to the Britannia Stadium in midweek.

Klopp’s side are now six games unbeaten, but are without a win in their last two outings, having been held in ridiculous fashion by Sevilla in the Champions League.

Stoke have won just twice in their last 10 games, drawing two and losing six, with Mark Hughes’ Potters enduring a frustrating start to the season.

But Klopp, who spoke to reporters at Melwood on Tuesday afternoon, will be taking nothing for granted, saying “it will be difficult.”

“When we were there last time the weather was good. At least this time it will be dark, and probably windy,” he explained.

“Stoke for sure is a difficult place to go, a good side. They live for moments like this.

“But we are not there to enjoy any [home] atmosphere. It will be difficult, we know about that.”

The German also suggested both Sadio Mane and Roberto Firmino would come back into the lineup, saying “it’s not completely unlikely they will start.”

And Klopp provided an update on injuries to Dejan Lovren and Emre Can, saying the former “will be close,” while the latter “will be in the squad, for sure.”

Liverpool finished the weekend fifth in the Premier League, having failed to capitalise on Tottenham‘s 1-1 draw with West Brom by taking all three points from Chelsea.

But their visit to Staffordshire provides another opportunity for victory as they bid to extend their impressive run.