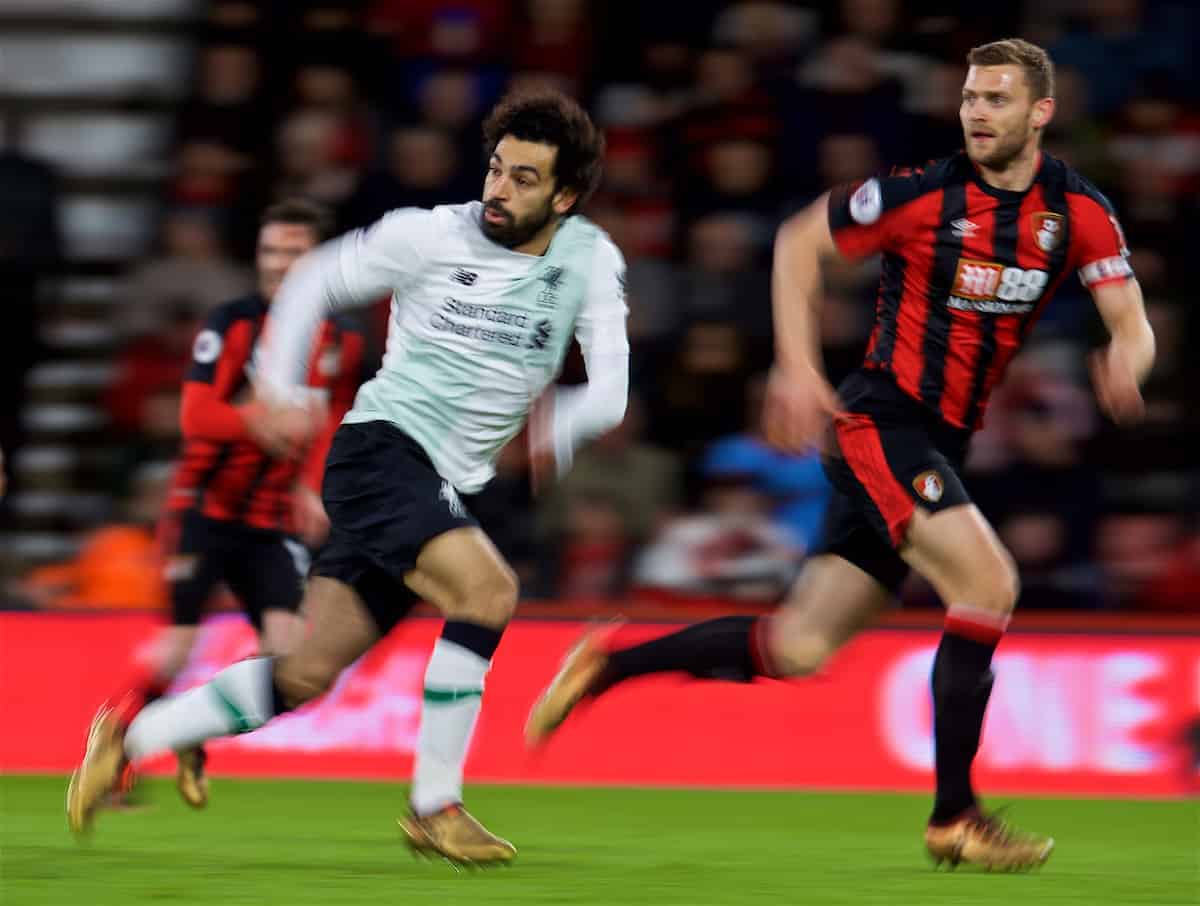 Liverpool were outstanding against Bournemouth on Sunday afternoon, as Jurgen Klopp‘s side cruised to a 4-0 win.

There had been frustration voiced in some quarters after back-to-back draws at home to Everton and West Brom, and there was pressure on the Reds to deliver at Dean Court.

It was almost the perfect start for Liverpool, but Philippe Coutinho‘s delightful free-kick hit the inside of the post and bounced away to safety. The dazzling Brazilian wasn’t left feeling hard done by for long, however, as his well-taken solo effort put the visitors 1-0 up. Mohamed Salah, in sensational form yet again, made it 3-0 just before half-time, after Dejan Lovren had headed home to double Liverpool’s lead earlier. It was his 20th goal of the season already – no Reds player has reached that tally before Christmas since Ian Rush in 1986/87. Alex Oxlade-Chamberlain was highly impressive all afternoon, and he was unfortunate not to score, with his second-half shot hitting the post. It was left for the imperious Roberto Firmino to complete the scoring, with the 26-year-old heading home from Coutinho’s pinpoint cross. Next up for Liverpool is Friday’s crucial trip to Arsenal, as the Reds play their final game before Christmas.