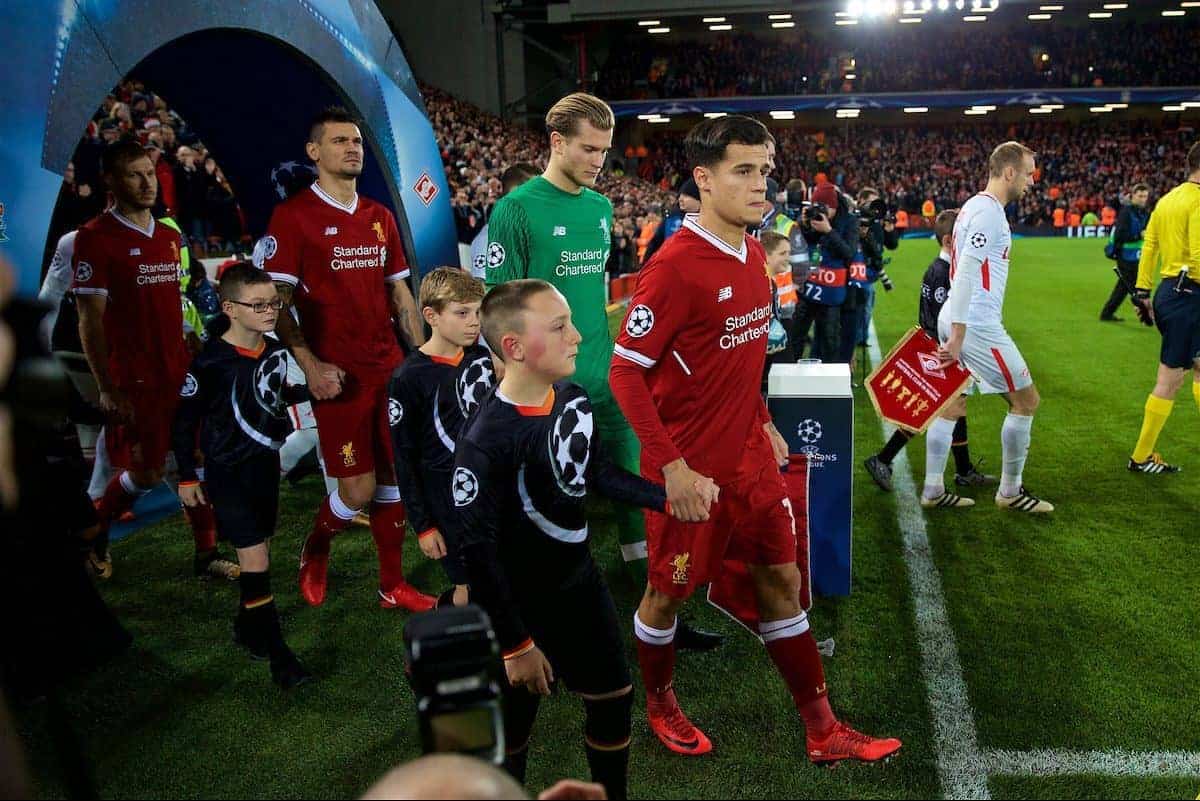 Liverpool cruised into the Champions League knockout stage on Wednesday, as the Merseysiders annihilated Spartak Moscow 7-0 at Anfield.

The Reds went into the game knowing that anything other than defeat would see them reach the last-16 for the first time since 2008/09.

Philippe Coutinho skippered the side with Jordan Henderson on the substitutes’ bench, on a very proud evening for Liverpool’s dazzling Brazilian.

His early penalty put the Reds 1-0 up, and after Coutinho had got his second, Roberto Firmino made it 3-0 to send Anfield into ecstasy, as Liverpool effectively booked their place in the knockout stage with over half of the game remaining.

Sadio Mane thundered home a wonderful volley in front of the Kop shortly after the interval and added another as the Reds started to run riot.

He was a happy man… In between Mane’s double, Coutinho completed his hat-trick to complete a special evening for him – becoming the first Liverpool player since Yossi Benayoun hit a treble against Besiktas in 2007.

Next up for Liverpool is the visit of Everton in the Premier League on Sunday afternoon, in what is the 229th Merseyside derby.

Arsenal release centre-back who played for Klopp at Dortmund