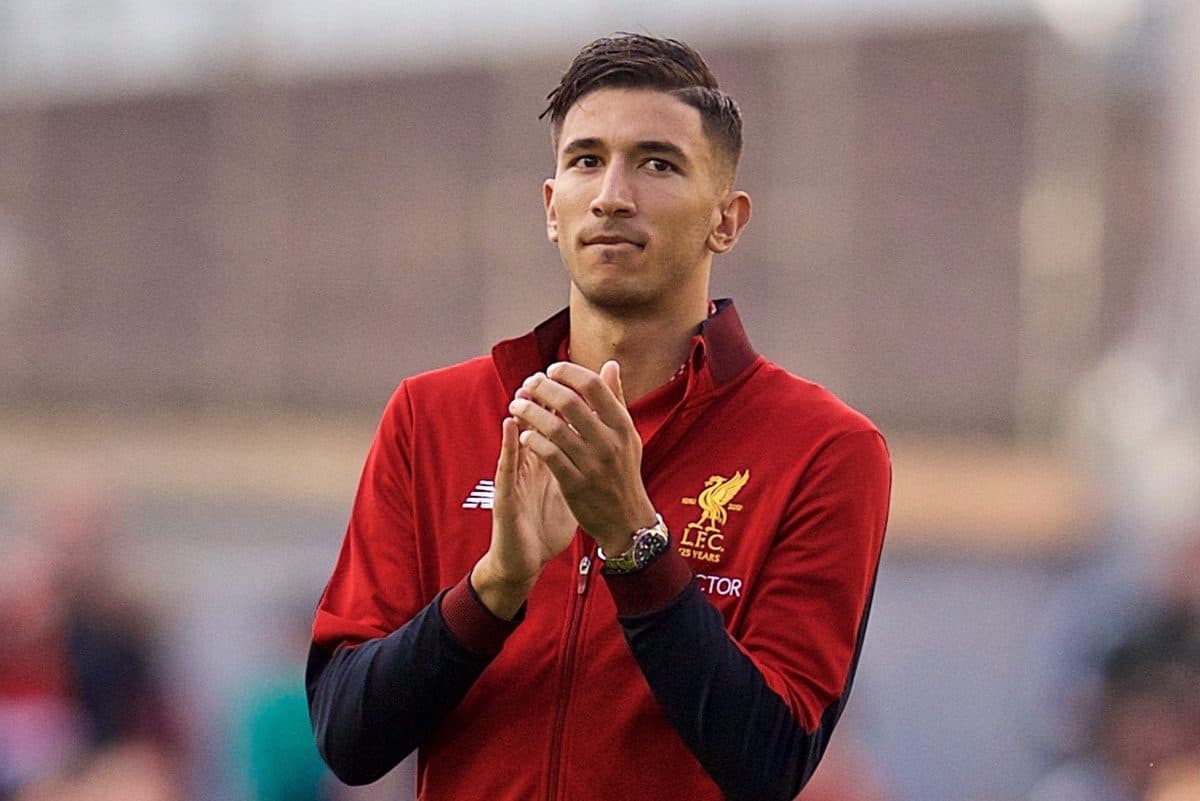 Newly promoted Brighton are among a number of clubs from the Premier League interested in signing Liverpool midfielder Marko Grujic on loan.

Grujic has played just 109 minutes of senior football for the Reds this season, and is yet to start in the Premier League since joining from Red Star Belgrade in 2016.

Despite Jurgen Klopp heavily rotating his side throughout a busy winter schedule, the Serbian has been left out of five of the last six matchday squads in the English top flight.

His last outing in the league came with a one-minute cameo against Brighton at the start of December.

And the Seagulls have registered their interest in a loan switch for the 21-year-old in January, as Klopp weighs up whether to allow his No. 16 to depart on a temporary basis.

According to the Liverpool Echo, “a host of Premier League and Championship clubs” have approached the Reds regarding a deal for the midfielder.

Aston Villa lead the chasing pack in the second tier, with both Grujic and Liverpool eager to ensure he remains in England if he leaves Merseyside in the winter.

This rules out Turkish Super Lig sides Galatasaray and Fenerbahce, with the latter previously reported to be lining up an 18-month offer including a £4.42 million permanent fee.

Klopp is said to have “yet to make a definite decision on whether to loan Grujic out,” as he considers the fitness of his midfielders during a congested period.

Adam Lallana, Jordan Henderson and Philippe Coutinho have struggled with injury problems this season, with Emre Can, Georginio Wijnaldum and James Milner his only other senior options.

But given Grujic has featured so sparingly so far, a loan seems likely, and “Klopp would rather he plays regular first-team football elsewhere” than stay at U23 level.

Though he lacks experience in the Premier League, Grujic would be capable of slotting in at a lower-end side like Brighton or Huddersfield Town.

Brighton have lacked steel in the middle of the park due to a long-term injury to Beram Kayal, leaving Dale Stephens and Davy Propper as Chris Hughton’s regular central midfielders.

The form of Pascal Gross ahead of the pair has been hugely encouraging, but Grujic’s ability to drive forward into the attacking third would be invaluable.

And if he dropped down to the Championship, Grujic would likely benefit from further game time, and the physical environment would allow him to hone his lacklustre defensive approach.