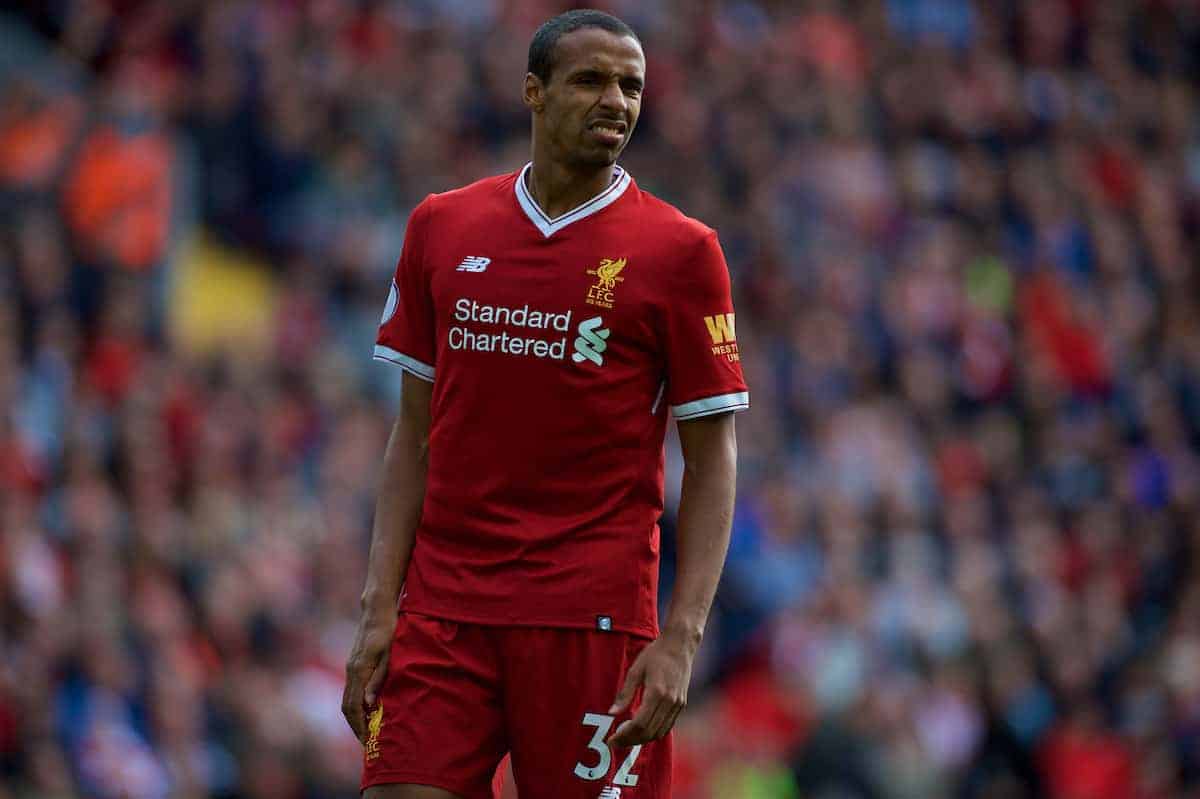 Liverpool’s failure to sign a centre-back last summer has come back to bite Jurgen Klopp again with the news that Joel Matip is expected to be out until the New Year with a thigh injury.

Klopp revealed news of Matip’s latest injury in his pre-match press conference on Friday, saying he would likely miss Saturday’s trip to Brighton.

It has now emerged on Friday night that the centre-back could be out for a month, as reported by the Telegraph, among others.

Liverpool have nine games in the next month, including the trip to Burnley on New Years Day.

Losing Matip for all those games means Klopp will surely be forced to play Joe Gomez at centre-back at some point, especially with Dejan Lovren also similarly injury prone.

Matip suffered five different injuries in his debut season at Anfield last year, and this latest setback is his fourth different one this time around.

The 26-year-old first suffered a thigh injury in early November, missing the match against Southampton, but returning for the games against Chelsea and Stoke in the last week.

Lovren, meanwhile, had eight different injuries last season and has suffered five more this season himself, including issues in pre-season.

That Liverpool failed to sign a centre-back of any sort in the summer despite their two regular centre-backs being so injury prone is quite farcical.

That Klopp was only targetting Virgil van Dijk is a huge mistake and two centre-backs should have been the aim, with Van Dijk being in addition to another if a move for the Dutchman had materialised.

Liverpool’s other centre-back, Ragnar Klavan, should be fit to return from illness for the game at Brighton.

“Hopefully he isn’t anymore, especially when you think about Joel’s situation,” said Klopp on Friday.

“It’s not that we have a big choice to make in defence, that’s the situation.”

The reason for that lack of choice is the failure to sign any centre-backs in the summer and its something that could seriously damage the Reds’ season.

Having Nathaniel Clyne back available would help the situation, freeing Gomez up to be only a centre-back, but instead he and Trent Alexander-Arnold are required to rotate at right-back with their gametime being carefully managed.