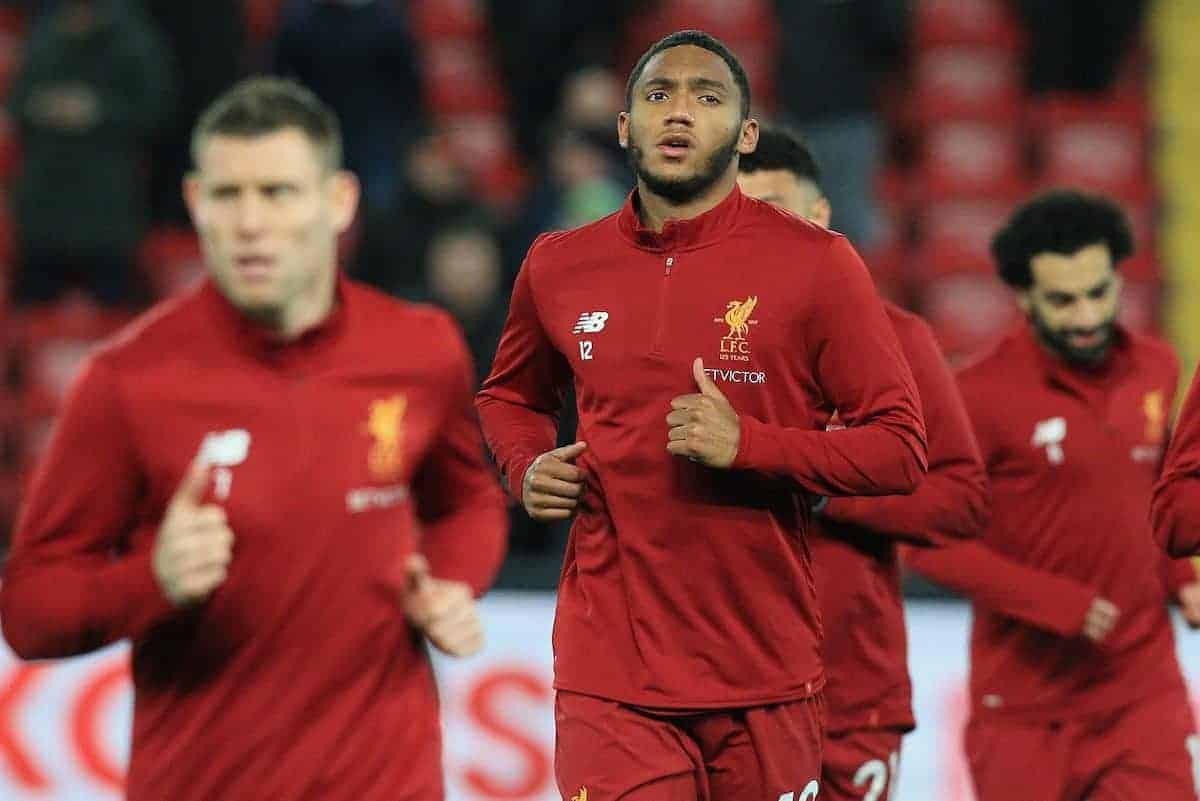 The Reds need to take at least a point from their final fixture of Group E, and face a Spartak side who haven’t lost in their last five games.

But Liverpool return to Anfield on the back of an eight-game unbeaten run, with their 5-1 victory away to Brighton on Saturday their sixth since losing 4-1 to Tottenham.

At the Amex Stadium, Klopp fielded a makeshift back three with midfielders Emre Can and Georginio Wijnaldum flanking Dejan Lovren.

The German can be expected to restore a more conventional defensive line on Wednesday night, however, revealing at his press conference on Tuesday that both Gomez and Klavan can return.

However, Joel Matip and Adam Lallana will remain on the sidelines, with Nathaniel Clyne also a long-term absentee.

“They look better, they were in training yesterday and I expect them in training today, Ragnar and Joe are back,” Klopp told reporters.

This gives Klopp considerably more options as he looks to inspire a strong finish to the group stage in Europe’s top-tier tournament.

The Reds will guarantee first in Group E if they win in midweek, with Sevilla then finishing second, and given their recent form they can be confident of a result.

Klopp has made a host of changes to his starting lineups for the last three games, against Chelsea, Stoke City and Brighton, and could do so again next time out.

Klavan will likely partner Lovren at centre-back, while Gomez could replace Trent Alexander-Arnold at right-back, with a switch back to a 4-3-3 possible.

This would free up Can and Wijnaldum for midfield roles, potentially taking over from Jordan Henderson and James Milner alongside Philippe Coutinho.

Liverpool play Everton in the first Merseyside derby of the season on Sunday, and with five further games before the end of the year rotation can be expected.