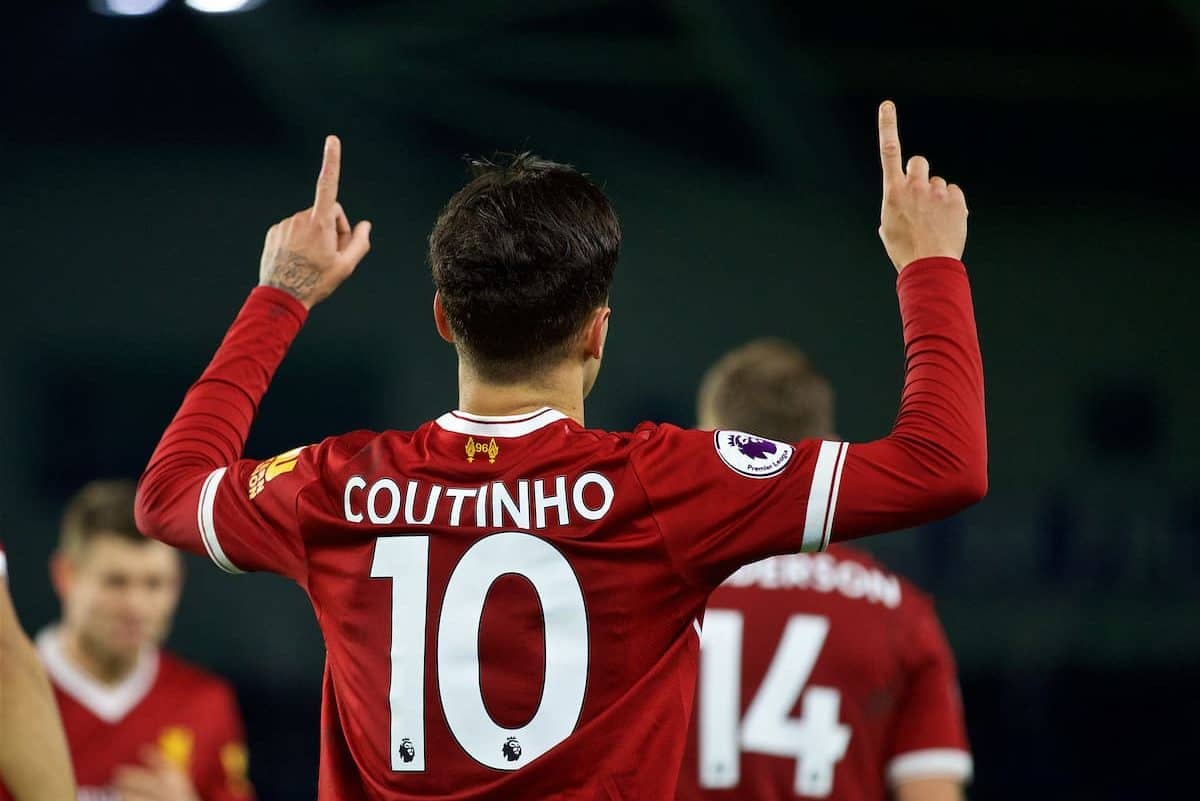 Coutinho caught Seagulls goalkeeper Mat Ryan off-guard when he sent his second-half set-piece under the wall and into the bottom corner to put the Reds 4-1 up at the Amex Stadium.

This capped an excellent performance from the Brazilian, who also notched assists for Emre Can and Roberto Firmino, as well as forcing Lewis Dunk’s late own goal.

Back on form and firing, Coutinho deserves considerable praise for his output this season, but speaking after the win, Klopp highlighted the work of his backroom staff.

“[Coutinho was] very good. I am really happy about that,” he told reporters.

“I love goals like the free-kick but both goals are smart. Was it an own goal? Ah, come on!

“The free-kick was credit to the analysts, you see something like this in the video meeting and then use it or don’t use it but you need to have the technique to do it.

“[But] we don’t have a proper wall in training, they have wheels, they cannot jump!” One of Klopp’s key appointments on arriving at Liverpool in 2015 was that of Peter Krawietz, who he had previously worked with at both Mainz and Borussia Dortmund.

The manager has nicknamed Krawietz ‘the Eye’, for his expertise in scouting and analysis, and his background work clearly paid off in East Sussex.

This was not the first time Coutinho has scored this type of free-kick, with his strike on Saturday mirroring one in Liverpool’s 2-1 defeat to West Ham in the FA Cup in 2016.

Klopp described that goal as “one of the smartest free-kicks in football history.”