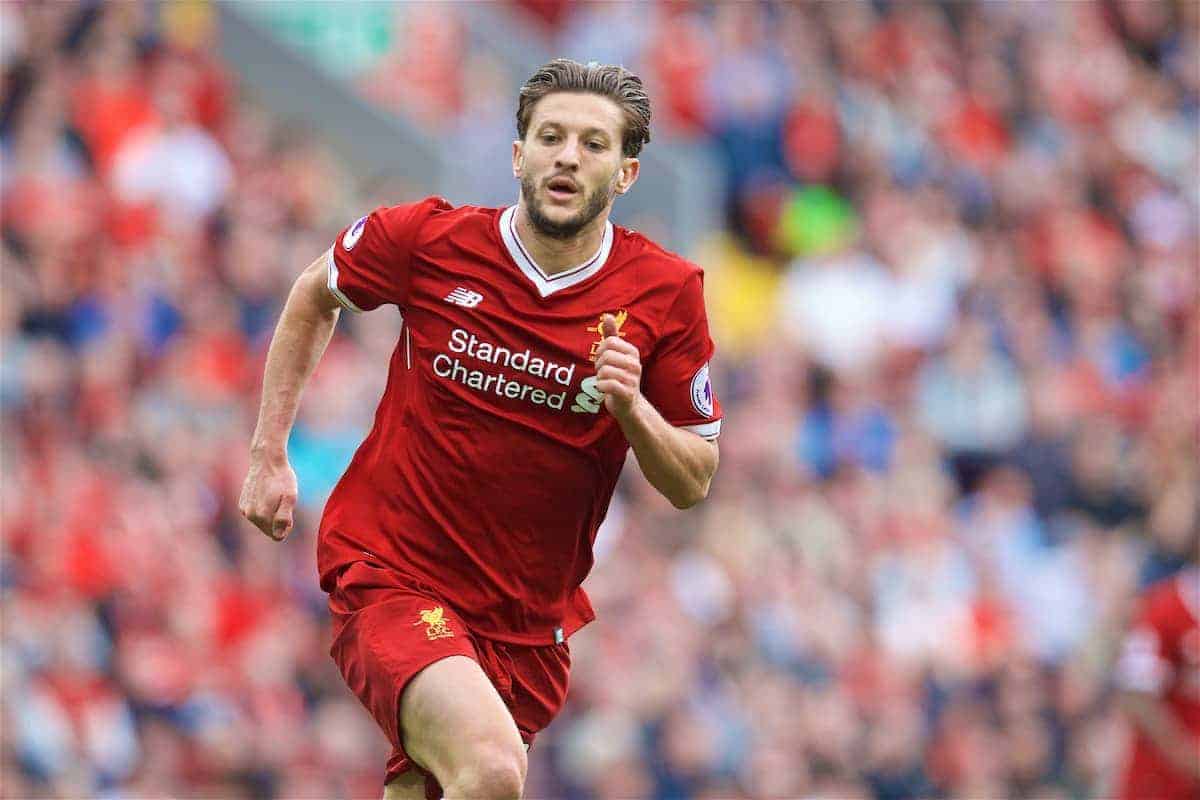 Jurgen Klopp has provided an update on the fitness of Alberto Moreno, Adam Lallana and Joel Matip ahead of Liverpool’s clash with West Brom.

The Reds take on Alan Pardew’s side at Anfield on Wednesday night, looking to improve on their 1-1 draw with Everton in the Merseyside derby last time out.

Liverpool are on a run of 10 games without defeat, and take on a Baggies outfit who have not won since August, with seven draws and eight losses from 15 outings.

Klopp is aware that his players will still face a considerable challenge, of course, but he can take heart from their excellent form of late, and the depth at his disposal.

However, the German will be without Matip, Moreno and Lallana in midweek, despite the latter taking part in full training as he works his way back to fitness.

“Adam is back in training completely normally, but he needs a buildup again,” he told reporters at Melwood on Tuesday.

“But he’s good, we have to see what we’ll do with him because we need him for the next weeks, 100 percent.

“We shouldn’t need him for tomorrow but step by step we need to see how we can bring him into match fitness. That’s it, we have to see.”

Matip has missed the last three games and isn’t back in training yet.

“He’s running, but not more,” said Klopp. “That means it takes a little bit longer.” Moreno limped off midway through the Reds’ 7-0 win at home to Spartak Moscow last week after suffering an ankle problem.

And with the left-back missing the derby as he undergoes tests to diagnose the extent of his injury, he is set to remain on the sidelines for the long term, possibly into the New Year.

While Klopp revealed that the duration of Moreno’s layoff is yet to be determined, he did hint that a six-week absence is likely.

“He’s not ready for sure. We’ve made further assessments, we’ve sent him to different doctors,” he explained.

“We have to see. It’s not decided so far, we have to look a little bit.”

There is certainly an element of the uncertainty surrounding Nathaniel Clyne‘s back problems earlier this season in Klopp’s assessment.

The hope will be that Moreno is not out of action for nearly as long as his opposite number at full-back, as the Spaniard has been in good form this season so far.