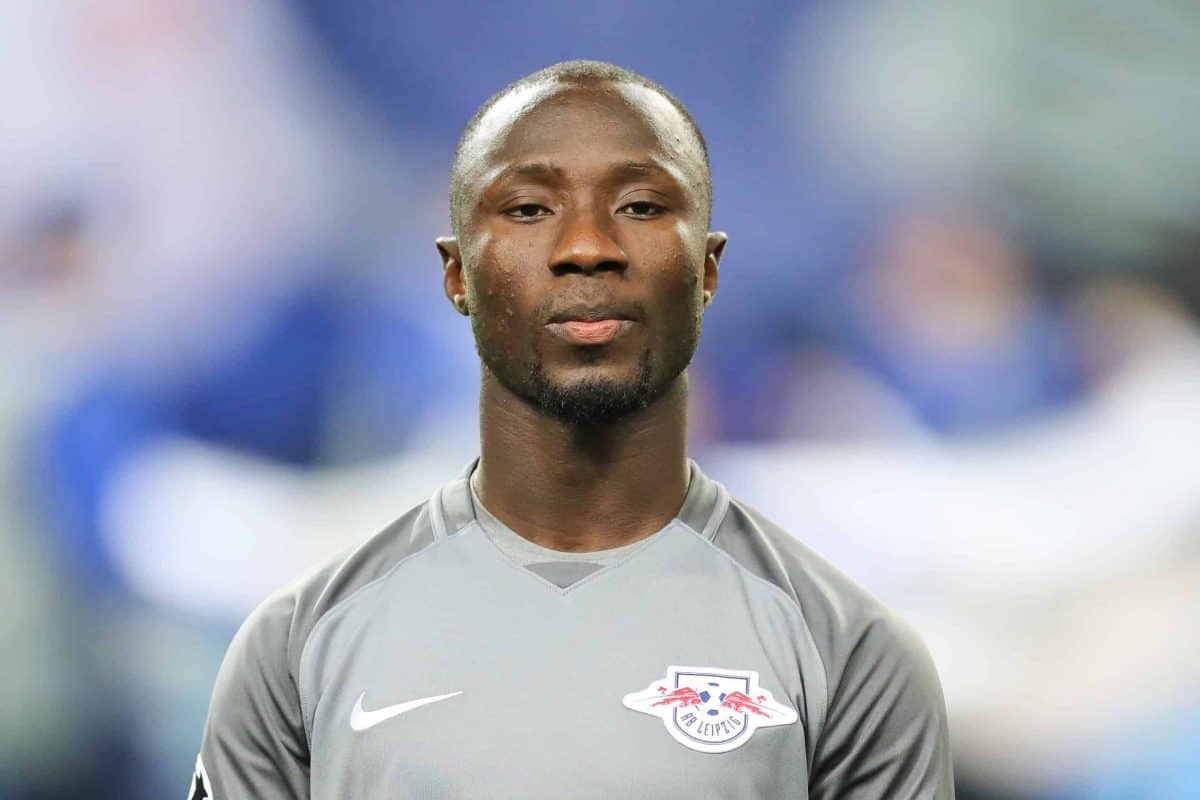 Ahead of Naby Keita‘s hotly anticipated £55 million move to Liverpool next summer, Sadio Mane is looking forward to linking up with his “brother.”

Keita joined Red Bull Salzburg in the final months of Mane’s time with the Austrian Bundesliga side, before the winger’s switch to Southampton in 2014.

They only played four times together, with Mane eventually forcing through his exit in controversial circumstances, but they quickly bonded off the field.

Now they will be reunited on Merseyside, with Keita leaving RB Leipzig at the end of the season to join Jurgen Klopp‘s squad as the club’s record signing.

And speaking as part of Liverpool’s ‘At Home With…’ series, Mane explained his relationship with the midfielder, his role in convincing him to join and what Liverpool fans can expect.

“It just came normally, because we speak the same language and were close neighbours, Guinea and Senegal,” he said.

“When he came we lived [in the] same area in Salzburg, so we were always together: sometimes he came to my house, I’d go to his house.

“We didn’t even speak German, but we had someone who took care of us. But I was better than him!

“We were so close. He’s not even a friend for me, he’s like a brother. We keep in touch all the time, talking.

“He asked me ‘how is the club?’, I said ‘unbelievable’. I don’t think it was me who convinced him, but the team, the club.

“I’m excited. I have to wait until next season! We are lucky to have him because he’s an unbelievable player—you will see.”

Keita endured a slow start to the season, but is regaining his form as Leipzig battle with Bayer Leverkusen, Borussia Dortmund and Schalke for second, behind league leaders Bayern Munich.

The 22-year-old has scored five goals and assisted another in 20 appearances so far in 2017/18, but as Mane attests, it is his all-round play that is invaluable.

The prospect of Keita joining the Reds to operate behind the front three of Mane, Mohamed Salah and Roberto Firmino, and potentially alongside Philippe Coutinho, is mouthwatering.

And his friendship with Mane should assure that he settles in quickly at Anfield, with his qualities on the pitch suggesting he will adjust smoothly in the Premier League.

While Klopp has ruled out an earlier move for the Guinean, after reports of a possible January deal, Liverpool have secured a top signing in Keita.