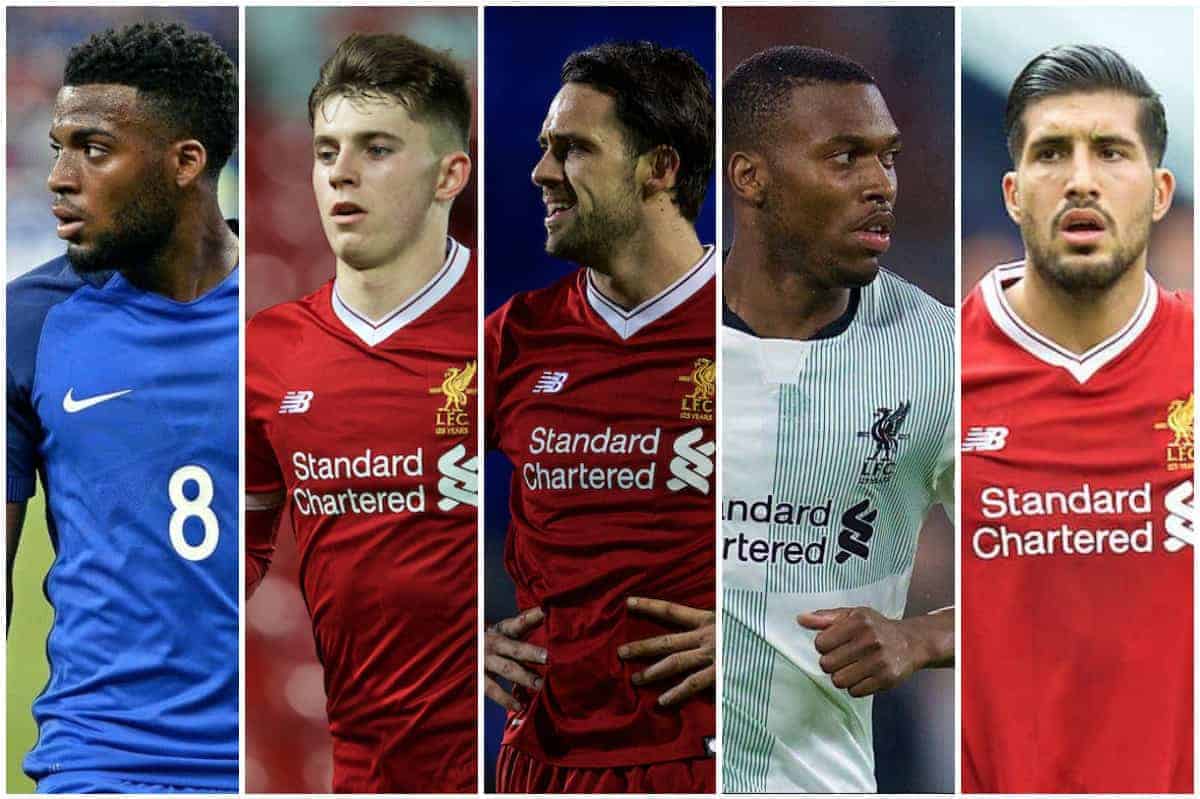 We round up the latest Liverpool FC transfer news and rumours, including a possible move for a young centre-back and a return for a summer target.

The Reds are set to play their last game before Christmas on Friday night, with another two outings to come between that clash with Arsenal and the new year.

January 1, of course, will bring the opening of the winter transfer window, allowing Liverpool to conduct further business to bolster Jurgen Klopp‘s ranks.

With his side set to challenge for a top-four finish in the Premier League, and with a Champions League last-16 tie against Porto and an FA Cup third-round clash with Everton to come, the stakes are high.

And according to the latest from the rumour mill, Klopp has set his sights on a new defender… After the embarrassing climbdown in their pursuit of Southampton centre-back Virgil van Dijk in the summer, Liverpool have been left short at the back this season.

With Joe Gomez occupying a regular role at right-back, Klopp has been left to call upon Joel Matip, Dejan Lovren and Ragnar Klavan as his senior options.

Van Dijk remains on the Reds’ radar, but the Guardian claim that he is now Pep Guardiola’s No. 1 priority in bolstering the Man City back line, presenting major competition.

On Van Dijk, “Sky Sources” claim City could move for the Dutchman in January, while the Guardian say they’ll wait until the summer.

Meanwhile, Liverpool are linked with another centre-back, with the Independent‘s Simon Hughes reporting interest in Basel youngster Manuel Akanji.

Borussia Dortmund will be vying for his signature, though it’s said that Liverpool’s willingness to wait until next summer could give them the upper hand as they bid for the 22-year-old.

Why we’re prepared to wait until the summer seems a bit baffling when a January addition would be very much welcome.

Monaco attacker Thomas Lemar emerged as a surprise high-profile target at the end of the summer transfer window, but the France international ultimately remained in Ligue 1.

The Reds made a bid in the region of £70 million in August, with Arsenal also in talks with Monaco over a possible deal.

And ahead of January, Liverpool are said to be preparing a new offer for the 22-year-old, who has made 17 appearances for the Leonardo Jardim’s side this season.

According to the Independent, they could be required to pay £90 million to sign Lemar, with both Arsenal and Chelsea also vying for his signature.

Interestingly, they suggest that any move for Lemar would not be tied to the future of Philippe Coutinho, with Liverpool set to hold up their ‘not for sale’ stance over the Brazilian.

Reports in the Mail on Tuesday claimed that Liverpool had made Ben Woodburn available for loan ahead of the January window.

And though this served as a shaky initial source, this has now been corroborated by the Liverpool Echo, as “the club are ready to entertain the idea.”

However, any temporary deal for the 18-year-old will be contingent on the guarantee of regular first-team football, given the disappointing spells of other Reds youngsters of late.

It is said that Woodburn would “most likely [move] to a Championship club,” with Sunderland and Leeds United previously linked with the prodigious midfielder.

The hope will be that he can enjoy similar success to Sheyi Ojo, who is playing week in, week out for Fulham in the English second tier this season.

Another player expected to leave on a temporary basis in January is Danny Ings, with the 25-year-old is desperate need of regular football after a nightmare spell on the sidelines.

Ings hasn’t started a Premier League game since before Klopp took charge at Anfield, and has made just 14 appearances for the Liverpool in three seasons, totalling 614 minutes on the pitch.

And according to the Mail, Klopp is willing to allow the struggling striker to leave on loan as he bids to return to full fitness.

This, however, will impact on Daniel Sturridge‘s hopes of moving on in January, with the England international set to stay on Merseyside—unless Liverpool receive a £30 million offer.

The Evening Chronicle claim that Rafa Benitez would be interested in signing any of Ings, Sturridge and Andrew Robertson on loan for Newcastle United, but only the former would be likely.

With Emre Can increasingly likely to leave Liverpool on a free transfer next summer, it is likely that Klopp is eyeing potential replacements for the No. 23.

Can is the subject of interest from the likes of Juventus and Borussia Dortmund, highlighting his potential as a young midfielder, and the impact his departure will have on the Reds.

According to African Football, touching on previous reports from Belgian publication Het Nieuwsblad, Liverpool may have already identified his successor.

This comes in the form of Club Brugge’s excellently named Marvelous Nakamba, who only joined the First Division A side last summer but is open to a move to the Premier League.

“Yes, some people told me that I have a game cut out for England because of my qualities. [A move is] possible,” he said this week. The 20-year-old leaves after two-and-a-half years on the books on Merseyside, having struggled to break into Klopp’s plans before joining RSL on loan in February.

Though his contract with the Reds was set to expire in June, Liverpool agreed to waive any fee.