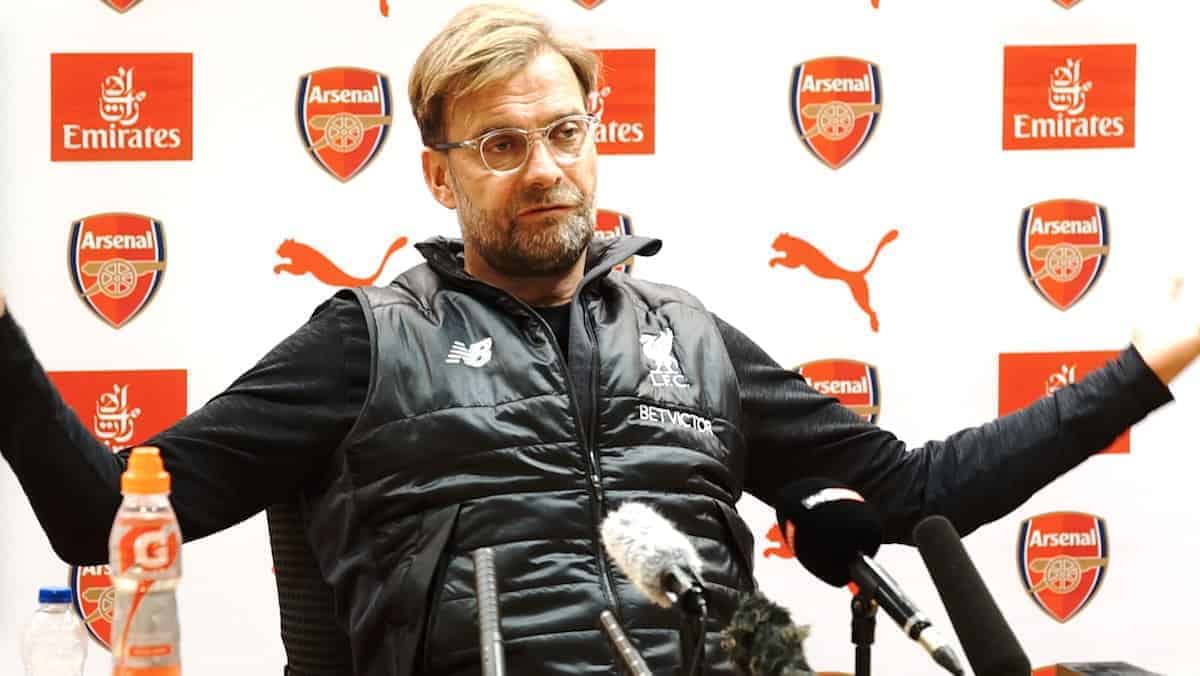 Watch as Jurgen Klopp discussed his side’s performance at the Emirates Stadium as Liverpool drew 3-3 away to top-four rivals Arsenal on Friday.

The Reds took to north London on the back of a 12-game unbeaten run, seeking another three points as their end-of-year revival continued in earnest.

Taking on an Arsenal side buoyed by back-to-back wins over Newcastle United and West Ham, Liverpool’s work was cut out for them at the Emirates.

And it proved to be a dramatic top-four clash, with a hit-and-miss display leading to a share of the points.

Speaking after the game Klopp reflected on his side’s unbalanced showing in a “strange game.”

“We deserved a point at the end. [It is] good to learn from but we need to react differently,” be told reporters.

“We opened the door for them in those five minutes. [It was] a strange game.”

The German also discussed Simon Mignolet‘s failure to save Granit Xhaka’s strike and James Milner‘s post-match assertion that the Reds need to be “more boring” when in the lead.

Liverpool head into the weekend fourth in the Premier League, and now need a ruthless response at home to Swansea City on Boxing Day to ensure they keep up the pace at the top.