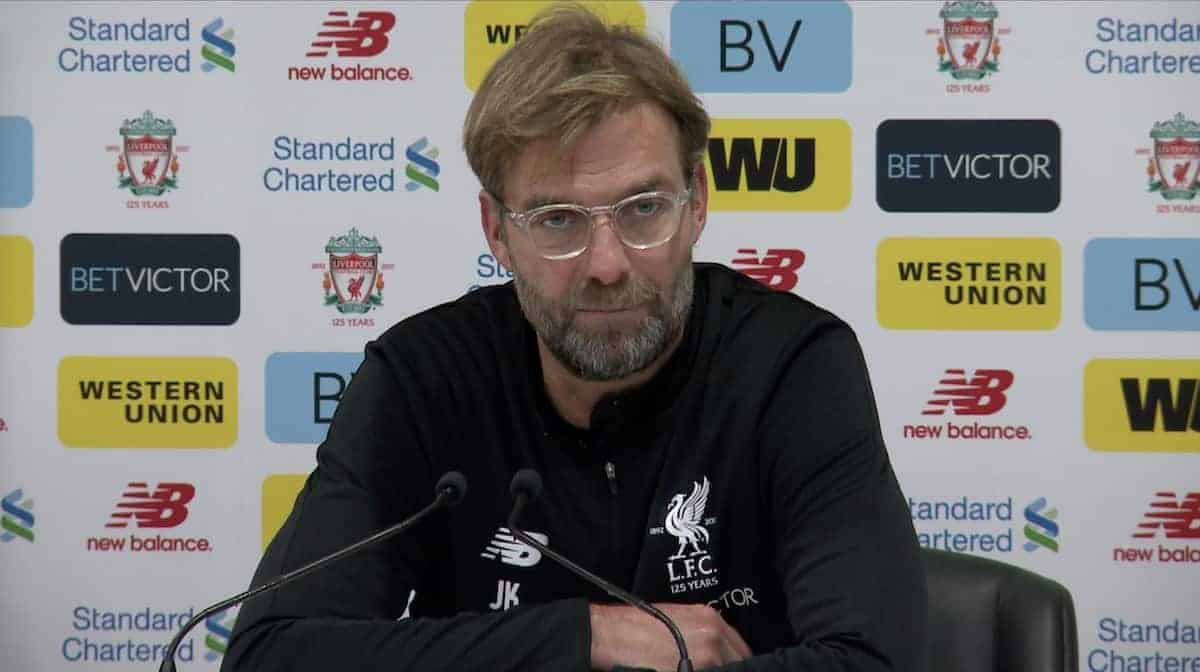 Jurgen Klopp was frustrated after watching his Liverpool side draw 1-1 at home to Merseyside rivals Everton in the Premier League on Sunday.

The Reds extended their unbeaten run to 10 games, but will be disappointed having played out a stalemate against Everton at Anfield.

Mohamed Salah scored his 19th goal of the season in the first half, but Wayne Rooney levelled from the spot late on after Dejan Lovren brought down Dominic Calvert-Lewin.

Speaking after the game, Klopp praised his side’s display but lamented the result, saying “we did everything to win the game.”

“If somebody would have thought after our last game that we would try to play a little bit of football, then I think everybody saw that the attitude of the boys was outstanding,” he said.

“We forced them into their own box, had our moments. It’s difficult to score a lot, especially when the opponent doesn’t change their style or whatever after they are 1-0 down.

“That doesn’t make it easier. But we controlled the game apart from one situation—and this situation decided the game at the end. That’s what we have to accept.”

Liverpool are next in action at home to West Brom on Wednesday night, and Klopp will be eager for a response from his side after a bitter blow at Anfield.