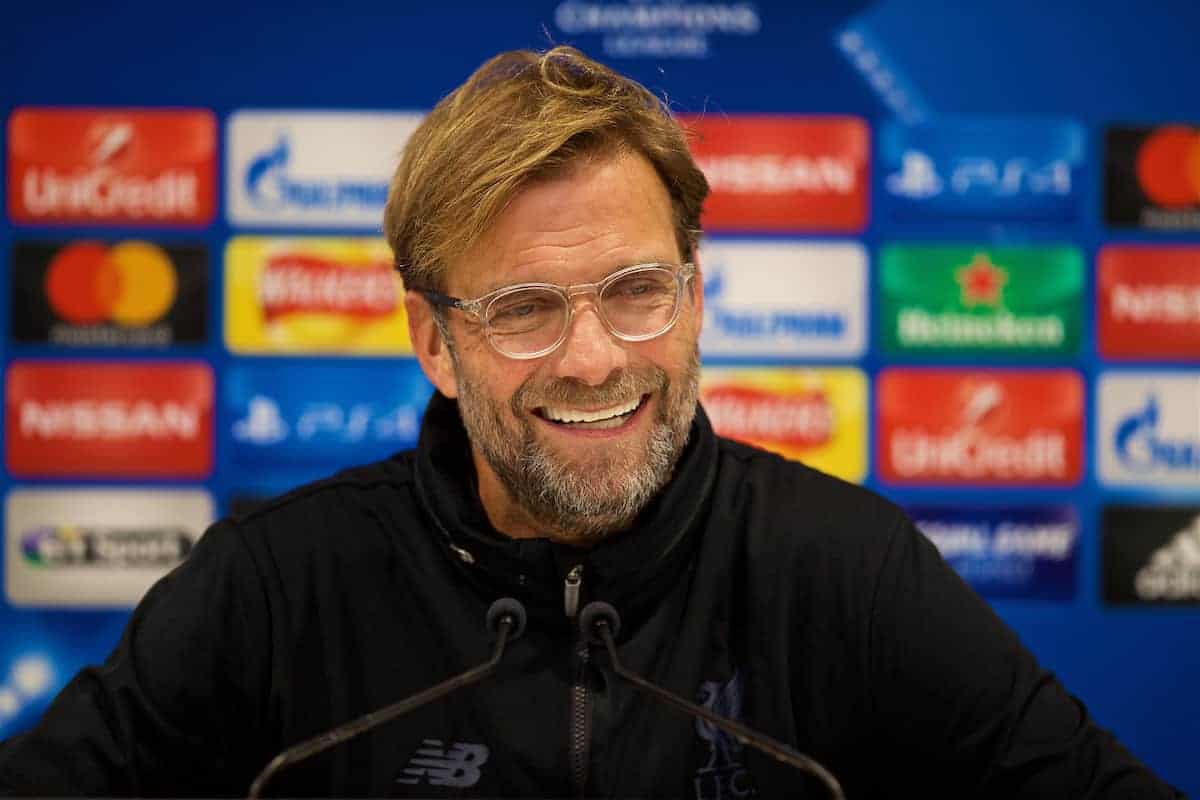 The Reds take on the Russian champions at Anfield on Wednesday night, needing at least a point to ensure progress to the last 16.

Klopp’s side slipped up last time out away to Sevilla, allowing the Spanish outfit to claw back from three goals behind and deliver a blow to their momentum.

Since then, however, they have taken a point from the Premier League champions and recorded back-to-back wins against Stoke City and Brighton.

Speaking at Anfield, Klopp stressed the magnitude of the challenge ahead, describing it as “the game.”

“We are only part of the Champions League because we want to go to the next round,” he explained.

“All good and bad things that have happened brought us to this situation: a home game, and if we win we are through. That’s cool.” The German was questioned on Philippe Coutinho‘s future, with the January transfer window looming, saying “[I have] absolutely nothing to say about that.”

And fitness was on the agenda, with Klopp detailing how “Ragnar [Klavan] and Joe [Gomez] are back,” after missing Saturday’s win at the Amex Stadium through illness.

Liverpool head into their midweek clash top of Group E, but with second-placed Sevilla playing the abject Maribor, the pressure is on to seal a result at Anfield.