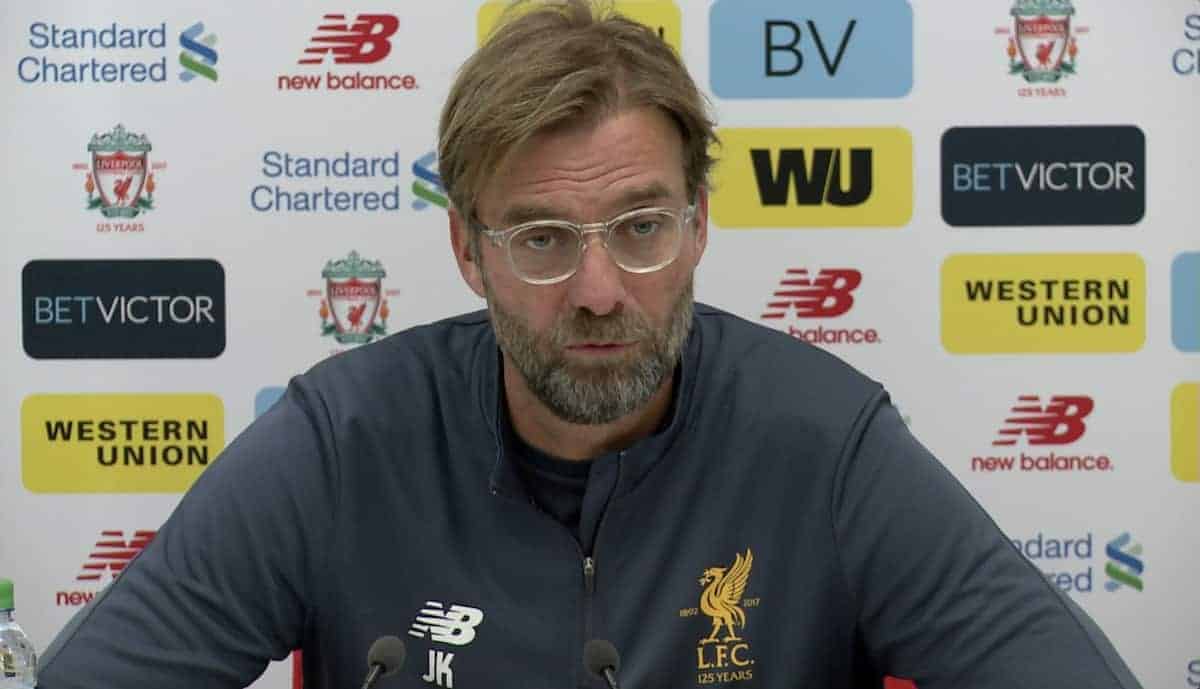 The Reds play their third consecutive home game when they take on Alan Pardew’s Baggies in midweek, looking for a response to their 1-1 draw with Everton on Sunday.

Though they still took a point from the Merseyside derby, the manner of the result ensures a measure of frustration, having conceded late despite dominating throughout.

But speaking at Melwood on Tuesday afternoon, Klopp struck an optimistic figure, saying “we know what we can expect.”

“They did the squad in the summer, for a specific type of football, so it’s still long balls, still set-pieces, very physical, that’s how it is,” he told reporters.

“You can only judge after much more time than Alan had so far.

“They need points, they’re not in comfortable situation. It’s not a worrying situation, [but] they started really well then obviously the situation changed.

“We know what we can expect but [it is a] home game for us, that’s all I have to say about that.”

Liverpool are currently on a 10-game unbeaten run, with Klopp carefully rotating his squad through a busy period.

And the German hinted this will continue, saying “if you have the quality in the squad you have to use it.”

Klopp also discussed the fitness of Joel Matip, Adam Lallana and Alberto Moreno with none of the trio set to feature in midweek and the latter’s layoff “not decided so far.”

West Brom head to Anfield having drawn one and lost one in Pardew’s first two games in charge, while the 56-year-old has won just one of three meetings with Klopp so far.

The visitors remain a considerable challenge, however, largely due to their unpredictability, and Klopp will certainly be wary of their threat.