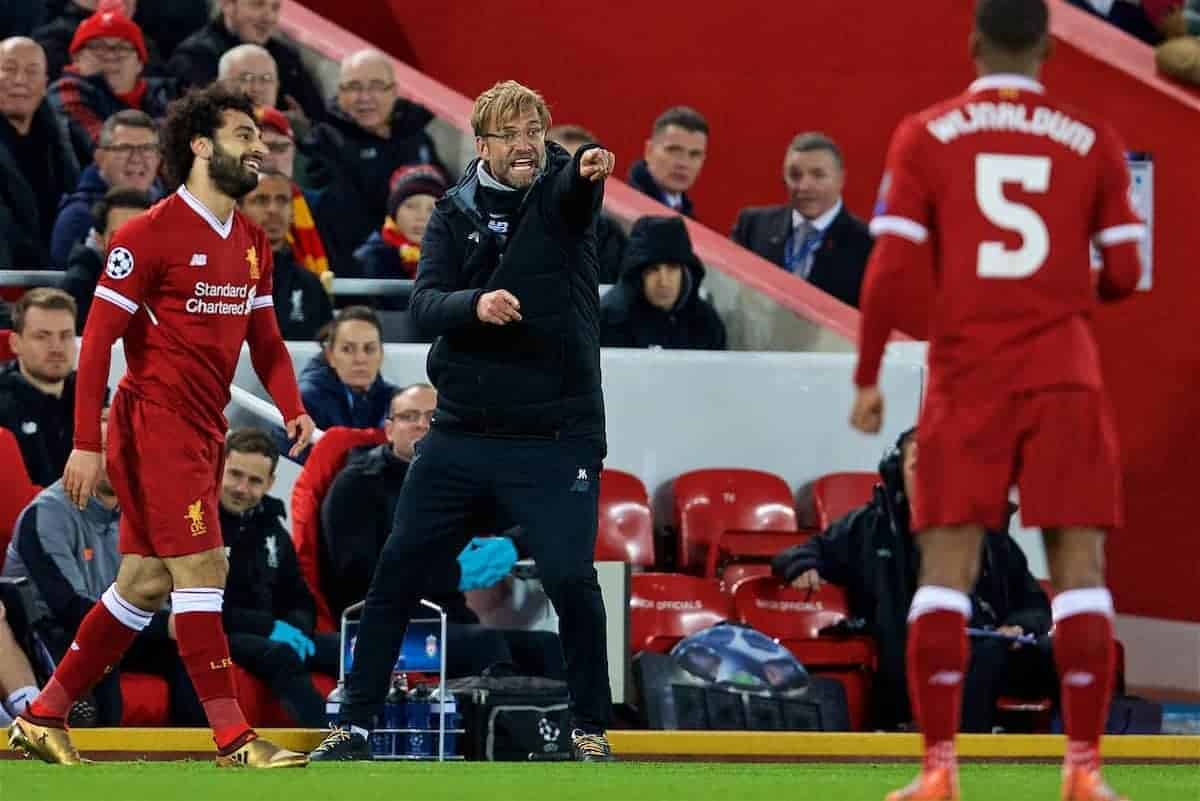 Jurgen Klopp believes Liverpool can be a threat in the knockout stages of the Champions League if they maintain their devastating form in attack.

A 7-0 win over Spartak Moscow took their tally for their European campaign 23, the second-highest in the competition’s group stage history behind Paris Saint-Germain’s 25 this year.

The Reds have scored 32 goals in an unbeaten nine-match run since losing to Tottenham in late October and are hitting top form at precisely the time they began to run out of gas 12 months ago.

That should hopefully bode well for when the Champions League restarts in February.

Asked if his side would be a threat in the last 16, Klopp said: “If we perform like this tonight, if we are that clinical, then yes.

“But we had the same players already and they didn’t score [in some previous games].

“If we perform like this then it is obviously a threat, 100 percent.

“If you see how Dom Solanke performed in Stoke, how Daniel Sturridge performed when he came on, he could have scored two or three, he made a goal for Sadio, that’s good.”

Philippe Coutinho led the way with his first Liverpool hat-trick with Sadio Mane scoring twice, with Roberto Firmino and Mohamed Salah getting the others.

It meant Liverpool topped Group E and avoided the likes of PSG, Barcelona and Roma but could still draw Bayern Munich, Juventus or Real Madrid.

“We knew if we won we would top the group so that’s not the biggest surprise but I think it’s strange this year in the group stages,” Klopp added.

“There are a lot of really strong teams. This year is quite special. Not often you can face Bayern Munich and Real Madrid, but Juventus and all the others.

“Antonio Conte said it yesterday there are no easy opponents and I don’t think anyone is happy when they get us in the draw.

“We will not be happy when we see who we face in the next round, but we will be ready.”

“I can’t explain this. Liverpool were better in everything: in quality, in anger, in passion. It seems like we’re not yet ready for such big games,” he said.

“We had enough chances to return into the game after conceding the first goal but we couldn’t.”