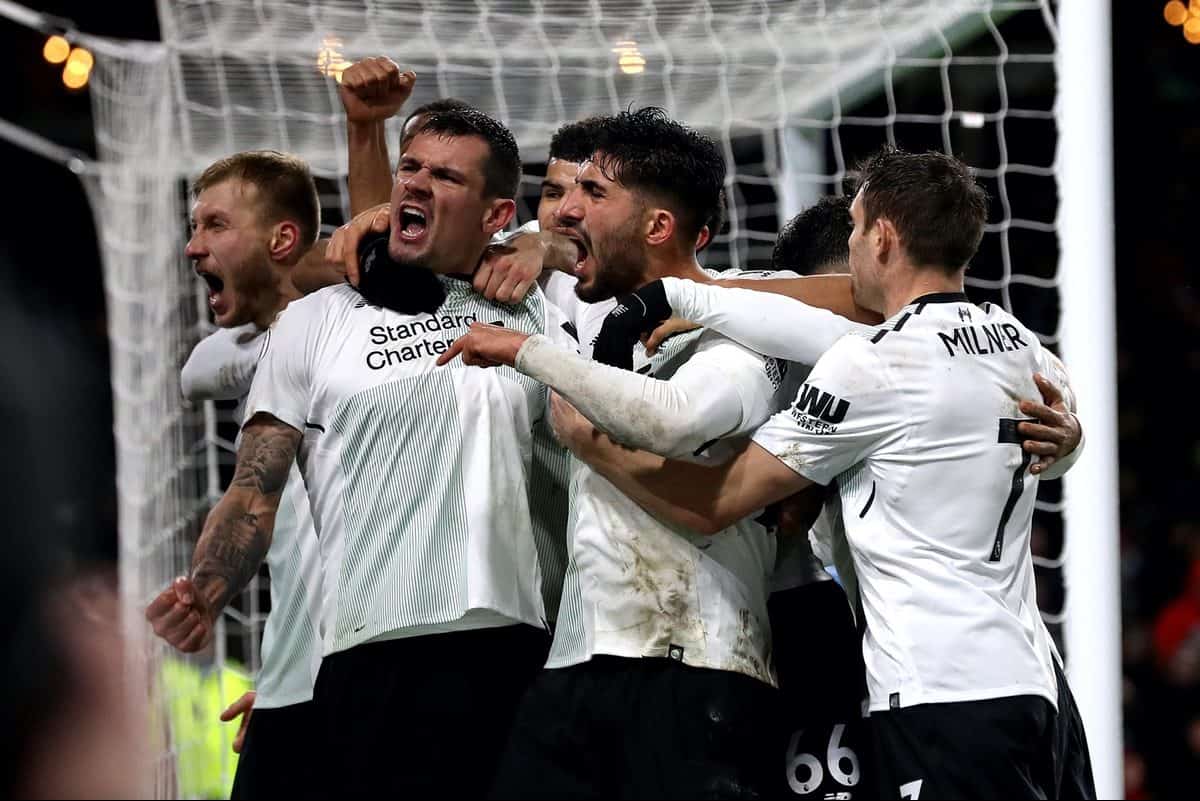 Liverpool beat Burnley in dramatic fashion at Turf Moor on New Year’s Day, with supporters left ecstatic by the 2-1 victory and another three points.

It was a horrible spectacle for much of the afternoon, with a weakened Reds side never at their best against a defensively resolute Clarets outfit.

Just when it looked as though two points had been thrown away, Ragnar Klavan stole in to head home in the fourth minute of stoppage time, sending both the players and the travelling fans wild.

Lovren deservedly received lots of praise, assisting the winner and defending excellently throughout…

Great win….credit to Lovren…we are winning like Man Utd, Chelski and Man City with late late goals….suddenly we are developing some character and our best 2 players we not playing….YNWA

“I guess it wasn’t who we had up front to deliver – but Lovren and Klavan knew they had to step up or they would get a bunch of crap again on TIA!”

Lovren is better if he plays in a Back 3 or RCB.

We're so brutal as a group of fans when Lovren has a bad day. Needs to be fully praised today. Great performance and the assist was amazing!

Can and Lovren came up huge in the last moments for Liverpool. Lovren has had a tough time this year so that has to feel good.

95th minute winner assisted by Lovren and scored by Klavan is the best possible way to win a match. Absolutely glorious scenes.

“Good lord, I don’t even know what to say. Talk about snatching victory from the jaws of a draw!”

– Mario Santi on the forums.

Once people had calmed down, assessments of the game were given, with positivity all round…

This team is going places. I can feel it.

Thats the type of result we've been crying about Utd getting for years. Absolutely huge.

That was the best and most important #lfc win since they beat Leicester two days ago.

Twice in three days Liverpool dig deep to secure a win – hugely encouraging and further proof that this team is developing under Jurgen Klopp. They'll continue to be bumps in the road but the overall trajectory under the German is undeniably upwards.

Bigger win than Leicester, that. Needed to fight for everything. Amazing. #LFC

Absolutely loved the past two games, Liverpool far from their best but digging out 6 crucial points in the space of a few days.

Two massive hard fought 2-1 victories over xmas has set us up very nicely for 2018! #lfc

“No need for Virgil anymore is there?”

31 points from 39 since that car crash at Spurs.

A huge win for Liverpool, against such a horrible team.

Fitting that Lovren and Klavan combined for the winning goal, thought they were immense.

Don't mind a last-minute rewrite when it's a result like that. Insane. ?