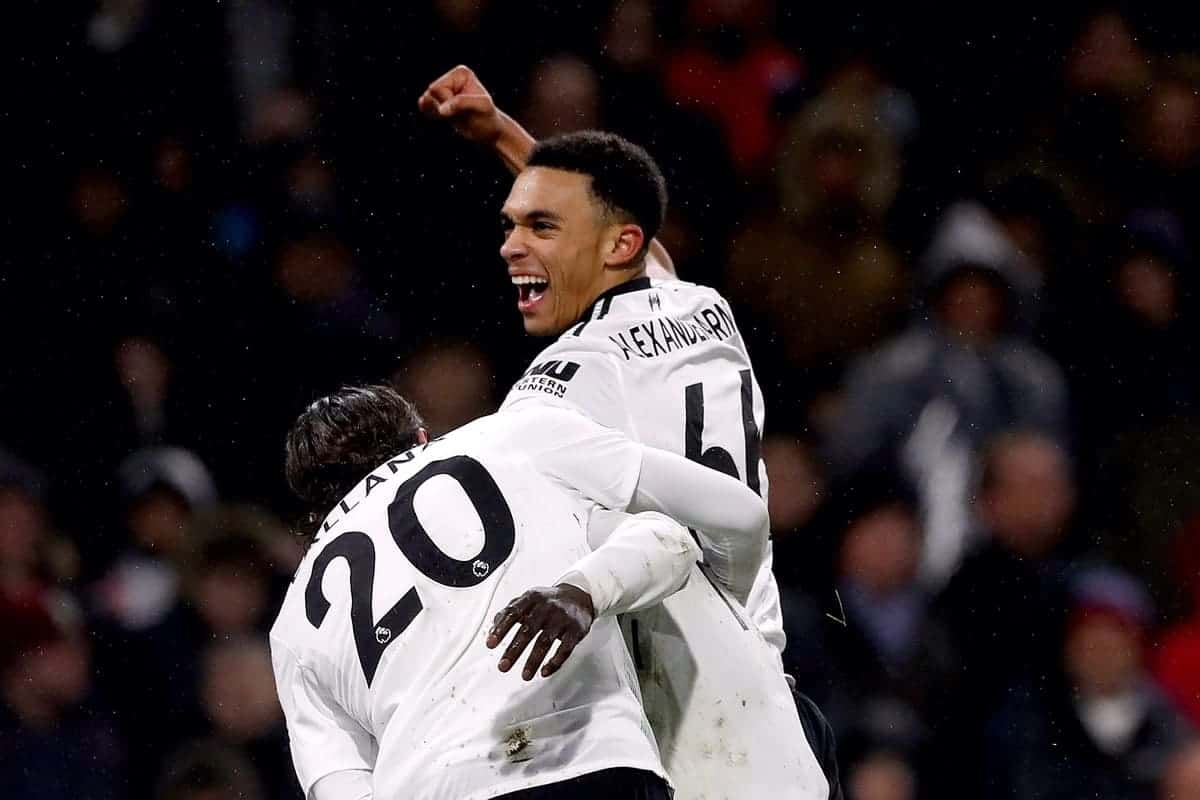 With Liverpool looking set to be held to a 1-1 draw by a battling Burnley on Monday, Ragnar Klavan‘s late header sealed a 2-1 away victory.

Kicking off the new year away from the home, Jurgen Klopp‘s side needed a strong performance to overcome a Burnley side performing considerably above expectations this season.

The Clarets welcomed Liverpool to Turf Moor with a seven-point gap between the two sides, making a surprise challenge for a top-six finish this season.

But given Liverpool’s progress in recent weeks, on the back of a 15-game unbeaten run, Klopp will have hoped for another three points, despite heavily rotating his squad once again.

Adam Lallana, Alex Oxlade-Chamberlain and Dominic Solanke were among those to start as Klopp made seven changes to the side that beat Leicester City 2-1 on Saturday.

That win gave the Reds momentum, and despite taking on a tough Burnley side, they were ultimately able to make it through. True to type, the clash got off to a slow start in Lancashire, with Klopp’s 4-3-3 taking a patient approach to breaking down Burnley‘s rigid block.

With Lallana restored to the starting lineup for the first time this season, the England midfielder was at the heart of the Reds’ creative charge, as well as their efforts at the back.

As Burnley broke from a dismal Liverpool corner, Lallana was forced to make an excellent, last-ditch tackle as last man to deny a likely home breakthrough.

Chances were few and far between in the first half, and a largely anonymous Georginio Wijnaldum sent a long-range effort well wide before Johann Berg Gudmundsson’s whipped cross just eluded a Burnley head at the other end.

Liverpool continued to struggle to find a cutting edge in the final third, with Solanke working tirelessly with little to show for it as the first half ended at 0-0.

The second half began with a penalty shout for the Reds, with Mane toppling over backwards in the area, but referee Roger East waved away hopeful appeals.

It took until the hour mark for Liverpool to get ahead, and it was the Senegalese who found the back of the net, picking up a cross in the box before turning and firing an unstoppable shot past Nick Pope.

This gave the Reds the confidence to continue to probe, and they found more fluency in the final third as a result, with Trent Alexander-Arnold testing Pope from range.

They weren’t without fault at the other end, however, and Ashley Barnes came close with a left-footed volley on 81 minutes, with his strike sailing just wide of Simon Mignolet‘s far post.

Oxlade-Chamberlain drew a fine save from the impressive Pope before, with the landscape of the game threatening a draw, Klopp opted to send on James Milner to replace the tiring Lallana.

That almost proved to be futile as with a long ball lofted into the box and Sam Vokes nodding it on, Gudmundsson was there to divert it past Mignolet to make it 1-1.

That wasn’t the last twist in the tale, though, as with Oxlade-Chamberlain lofting a free-kick into the box, Dejan Lovren nodded it towards Klavan to score a carbon copy of Burnley‘s leveller and secure the three points.