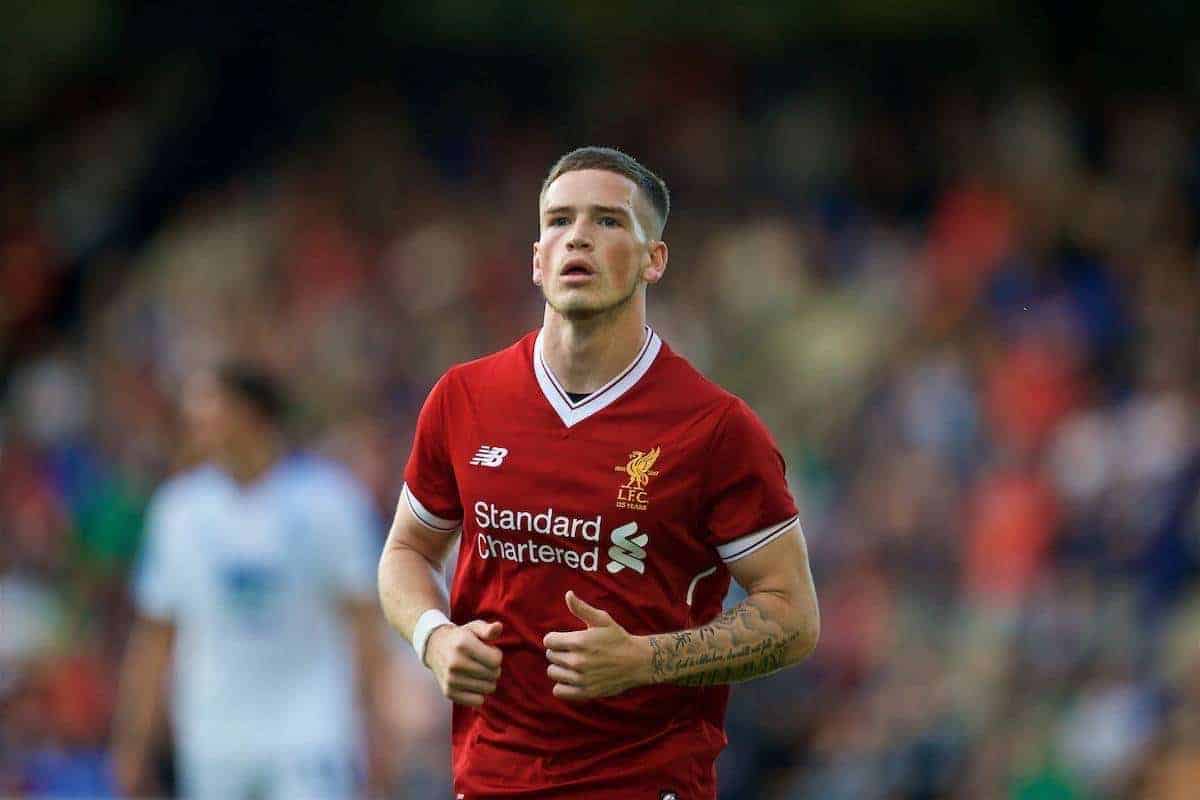 Liverpool have recalled promising winger Ryan Kent form his loan spell with SC Freiburg, but the 21-year-old may not remain at Anfield for long.

Kent made just six appearances for Freiburg in the first half of the season, after a surprise switch to the Bundesliga in August.

The youngster had made a big impression on Jurgen Klopp during pre-season, with the German reluctant to sanction a loan exit ahead of 2017/18.

But with Kent making his return to Merseyside this month he looks likely to head out on another temporary move, despite being registered as part of Klopp’s squad.

According to the Mail, both Bristol City and Sheffield United have made bids to sign Kent on loan in the January transfer window.

If he is able to command a regular role at either club this would mark a step up for the winger, who has previously spent time with both Coventry City and Barnsley in the Football League.

On his return his promotion to the Liverpool first-team squad came as something of a surprise, but a clutch of impressive displays over the summer earned him a new five-year contract. It can be argued that Kent would be useful as another squad option for Klopp in the second half of the season.

This is particularly the case at this stage as, with Philippe Coutinho leaving for Barcelona in a £142 million deal, the Reds have lost one of their most influential attacking players.

Kent would struggle to fill the void left by Coutinho—as would Ben Woodburn, whose imminent loan move to Sunderland has been delayed following the Brazilian’s departure.

But with suggestions Liverpool could not replace their No. 10 if their ideal targets are unavailable this month, it would be negligent not to at least establish an alternative.

However, given Kent’s failure to settle at Freiburg it would be a gamble to expect him to step up to life in the Premier League and the Champions League.

With both Bristol City and Sheffield United challenging at the top end of the Championship this season, it could be that Kent benefits from another six months away from Anfield.

Then, he could set his sights on a bigger role under Klopp with another productive pre-season next summer.