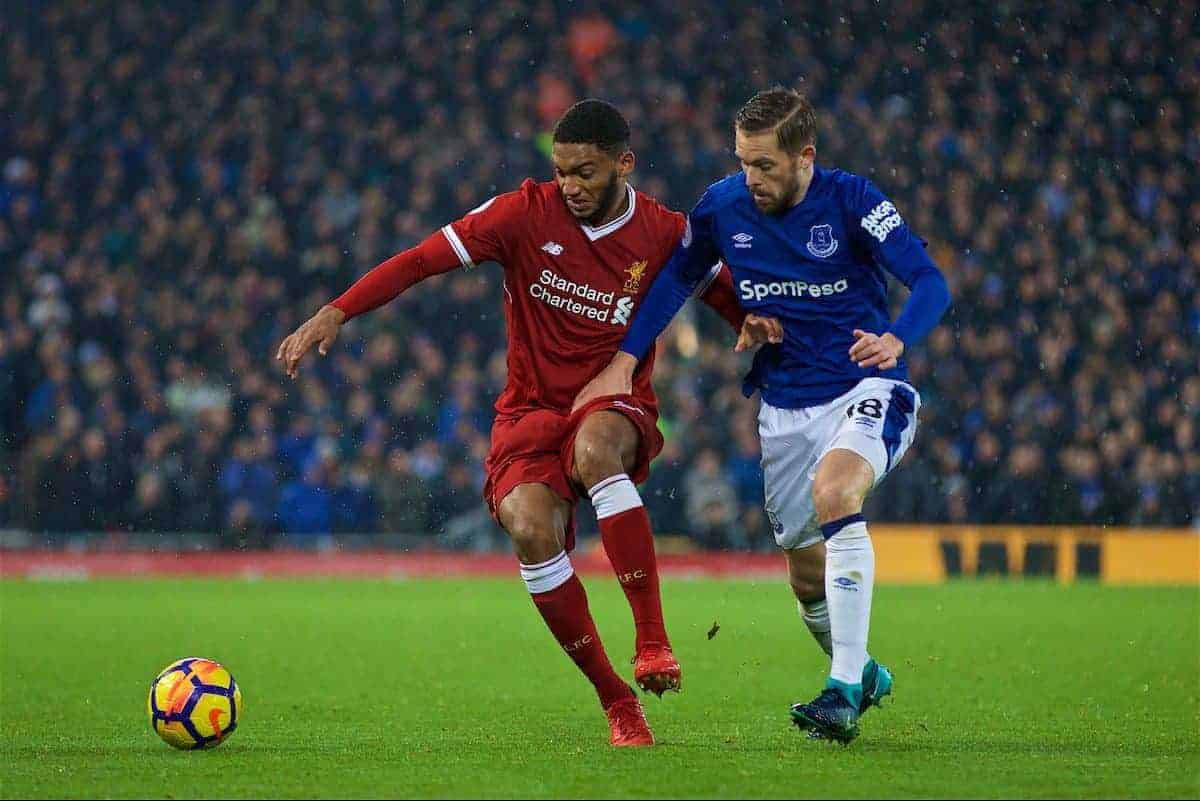 Liverpool and Everton face each other for the second time in a month on Friday night, in an eagerly awaited FA Cup third-round clash at Anfield.

The third round draw can offer up some fairly uninspiring ties, but as soon as Liverpool were pitted against their local rivals, there was excitement in the air.

The Reds are still smarting from their 1-1 draw at home to Everton last month, when a soft penalty allowed the visitors one of the least-deserved points in living memory.

Revenge will be in the air on Friday evening, as Jurgen Klopp searches for his first trophy at Liverpool and the club looks to end its 12-year FA Cup drought.

The Philippe Coutinho saga is acting as an uncalled for side-story leading up to the game, but attention must be on this fixture from Klopp and his players.

Going out of the competition at the first stage, at the hands of Sam Allardyce’s crude side, would be a major confidence blow after a good run of results.

The Reds are due an FA Cup triumph this season. Coutinho is deemed to be ‘injured’, but in reality, he is seemingly on the verge of joining Barcelona for an astronomical fee.

The Brazilian will play no part in the game.

Mohamed Salah is missing with a groin injury, joining Nathaniel Clyne, Alberto Moreno and Jordan Henderson on the sidelines.

Klopp has confirmed that he will go with a strong starting lineup, with a nine-day break before the visit of Man City on January 14.

Loris Karius will start in goal, and Danny Ward‘s inclusion in the squad means Simon Mignolet will be given the evening off.

New record signing Virgil van Dijk has a chance of making his debut, should Klopp feel the Dutchman is ready to come in. Dejan Lovren and Ragnar Klavan are in good form, however, and Joel Matip is another option.

Emre Can and Gini Wijnaldum could be joined by Adam Lallana or James Milner in midfield, with the former impressing on his first start of the season at Burnley.

Alex Oxlade-Chamberlain may be used further up the pitch, in order to fill the void left by Coutinho and Salah, with Sadio Mane and Roberto Firmino also in attack.

Liverpool vs. Everton in the FA Cup

Friday’s clash at Anfield will be the 24th time that Liverpool and Everton have faced each other in the world’s most famous domestic cup competition.

The first two meetings came way back in 1902, with the Reds prevailing after a first round replay, but the Toffees got their revenge in the same manner three years later.

Liverpool earned four victories to Everton‘s three over the next seven decades, and another replay was required in the 1977 semi-final, as the Red half of Merseyside won the bragging rights once more.

Everton may have picked a win in 1981, but two finals went the way of Liverpool in 1986 and 1989, with Ian Rush an inspired presence on both occasions.

Three games were required in the fifth round in 1991, including an all-time classic 4-4 draw, but it was the Blues who made it through.

It would be 18 long years before the two sides met again in the FA Cup, but Dan Gosling’s extra-time winner in a replay at Goodison Park proved to be a miserable moment for Liverpool supporters.

They got their revenge in their most recent cup tussle, however, with Andy Carroll’s towering late header at Wembley sending the Reds into the 2012 final, following a 2-1 win. Despite it appearing that Liverpool have completely dominated this fixture recently, seven of the last 11 meetings have ended in a draw.

The Reds won the other four.

Speaking in his pre-match press conference on Thursday, Klopp spoke about his keenness to win the FA Cup, as Liverpool look for a first trophy since 2012:

“It will be a lineup which shows all the respect we have for the FA Cup,” he said.

“We were capable of winning trophies in my first season, but second season we didn’t do so well in the cup competitions.

“We don’t waste opportunities, we want to be as successful as possible.

“Every day we try to improve and develop our game. We know how desperate our supporters are to win silverware. We have the same mood but we have to prove it on the pitch.

“It’s a cup competition and it’s isolated from the rest of the season. There are no favourites in a cup tie. We have to use the fact we’re at Anfield.” BBC One gets some rare live football this weekend, and this game was unsurprisingly selected as its game of choice. Coverage gets underway at 7:30pm (GMT) with kick-off at 7:55pm.

Our matchday live blog will be available from 7pm, with Karl Matchett providing minute-by-minute updates during the match and plenty of interesting content beforehand.